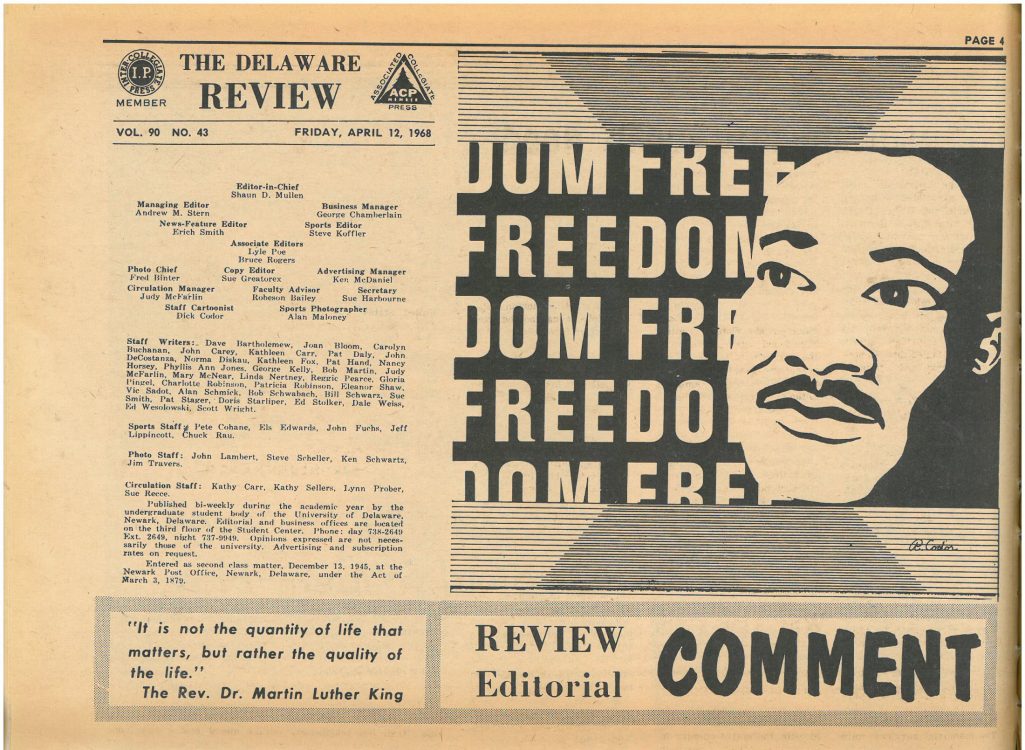 On April 4, Rev. Dr. Martin Luther King, Jr., was shot and killed in Memphis. The Review’s editorial cartoonist Richard Codor paid tribute to Dr. King on April 12. The same issue reported “County stunned by violence” as Wilmington followed 160 cities nationwide that erupted in civil disorder in the days following King’s murder. An interracial group of mourners had gathered in Rodney Square on April 8, but a break-out group of angry African American youth began looting stores on Market Street. By the evening, when the rioting progressed to sniping and firebombing, Mayor John Babiarz declared a state of emergency, imposed curfews, and requested help from Gov. Charles Terry. As occurred in 24 other cities, the National Guard was deployed to restore “law and order” in Wilmington. Unlike all of the other cities, which had released guardsmen from urban patrols by May 1, Wilmington was occupied for the next nine months, until January 21, 1969, because Gov. Terry refused to remove the Delaware National Guard. 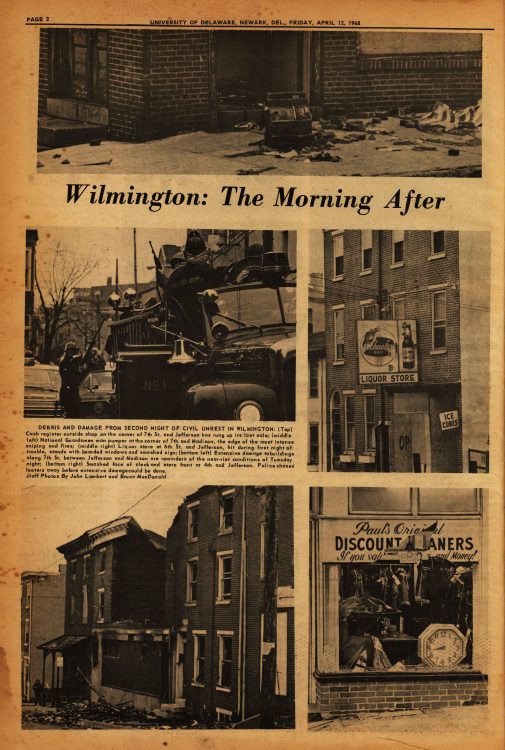