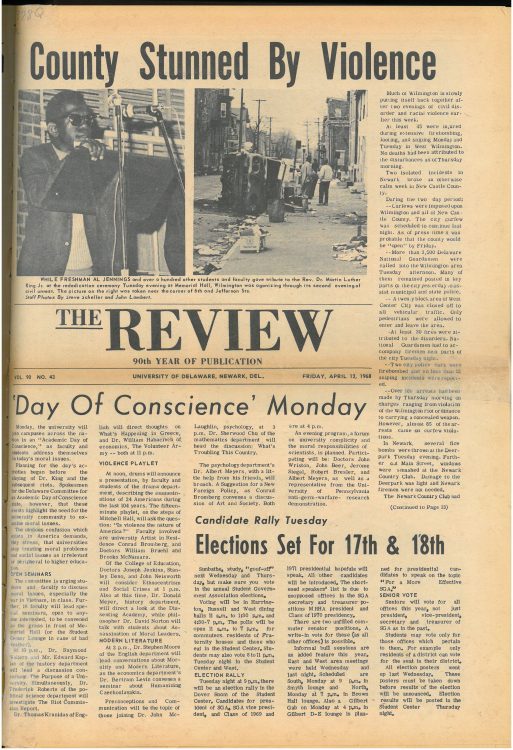 Also in the April 12 issue of The Review, student Dinesh Mohan complained that “a paltry group” of only about 200 (out of a campus population of 6,000) attended a memorial service for Dr. King on the steps of Memorial Hall. Editor Shaun Mullen wistfully noted that it was the impact of the county’s curfew that students would feel more than an understanding of the events that had occurred in Memphis and Wilmington. UD faculty and students participated in a nationwide “Day of Conscience” on April 15, a teach-in that had already been planned prior to King’s assassination to study the country’s “moral issues.” 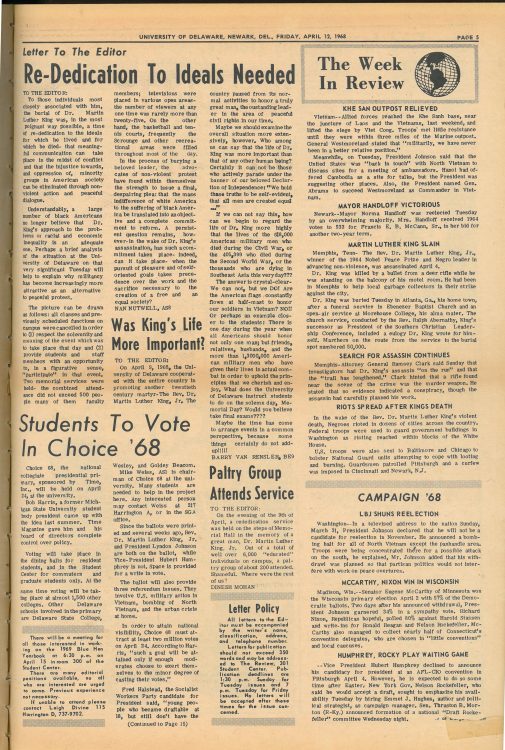