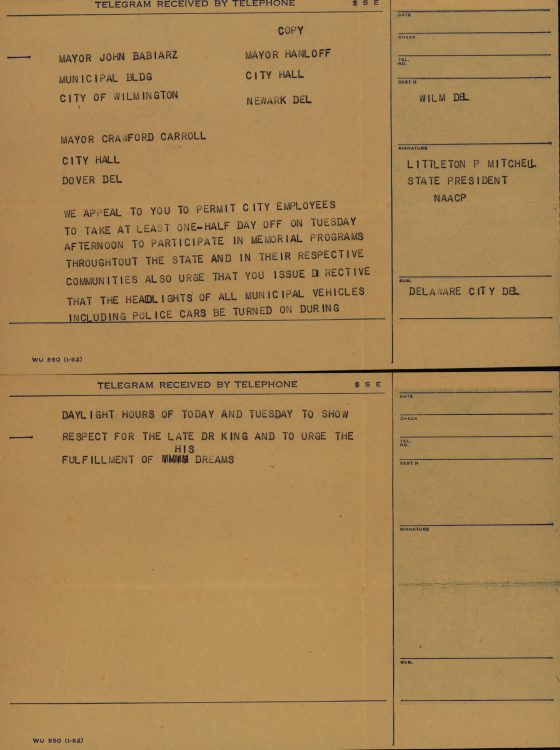 In the aftermath of King’s assassination, public reactions included growing awareness of the racial and economic inequities that sparked Wilmington’s riots. At the same time, there was  widespread resentment of the National Guard’s continuing presence in the city. Wilmington residents, those with business and corporate interests in the city, and citizens across the state were embarrassed by the ongoing military occupation.