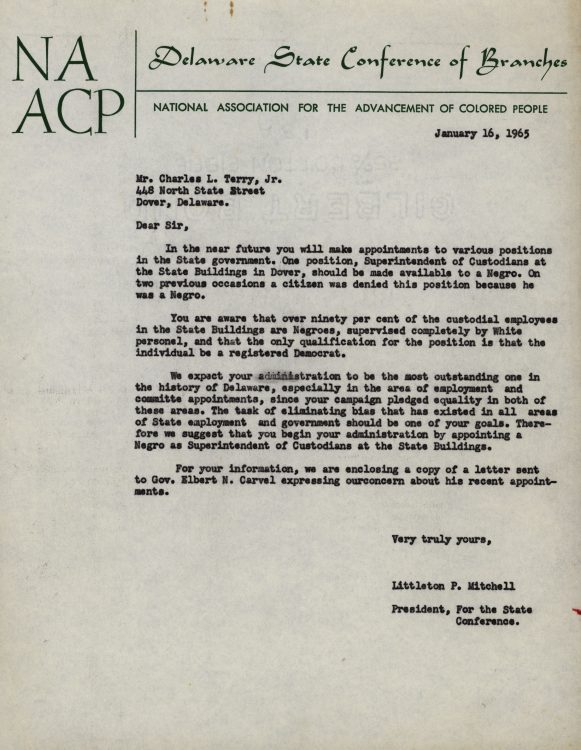 Littleton Mitchell, president of the Delaware State Conference of the National Association for the Advancement of Colored People (NAACP), lobbied Delaware senators John Williams and Caleb Boggs and Gov. Charles Terry to use their positions in government to provide equal opportunities in housing and jobs.

Following a year of unrest in the state, including civil disorder from African American youth in Wilmington in late July 1967 and a sit-in at Legislative Hall protesting a possible cut in welfare funding in March 1968, the temper in Delaware was on edge with the rest of the nation. 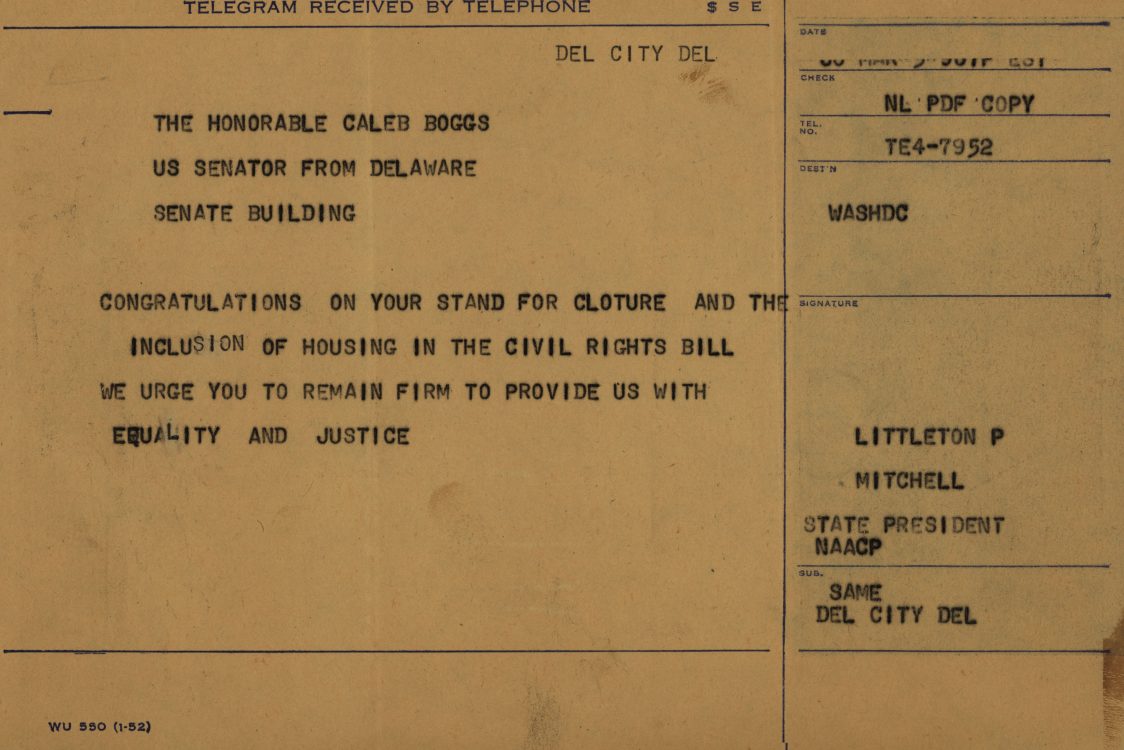 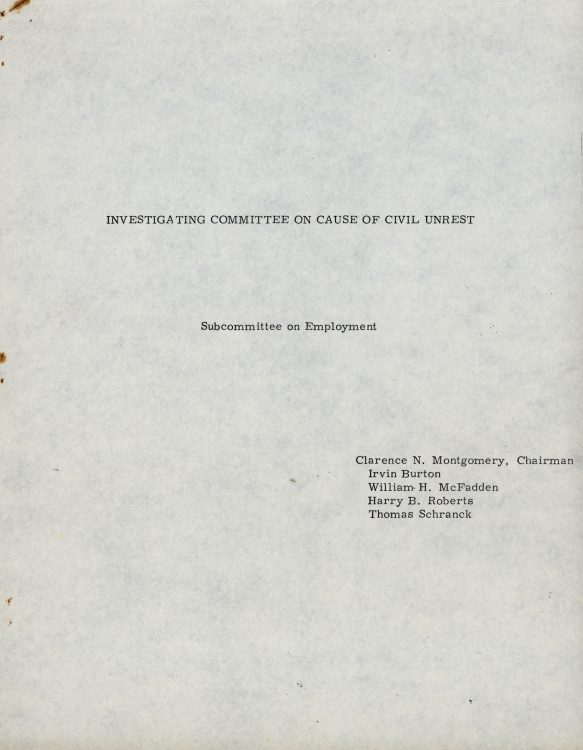