The Heterodoxical Voice continued reporting the racial and economic disparities at the root of urban unrest and civil disorder. SDS accelerated its activism in and around UD with strident measures, provoking a charge of obscenity for distributing an attention-grabbing flyer that advertised a teach-in on April 22 at the Rodney Room in the Perkins Student Center. Student Leo Tammi took the iconic photograph of SDS member and THV editor George Wolkind being arrested by City of Newark police. The image appeared in THV and later as the cover image in Steven Leech’s 1999 remembrance of “Wilmington’s Woodstock generation” for Out & About Magazine. Similar to Gov. Terry’s insistence on law and order, UD administrators and Newark officials feared “impending anarchy” through the minority radicalism of SDS. 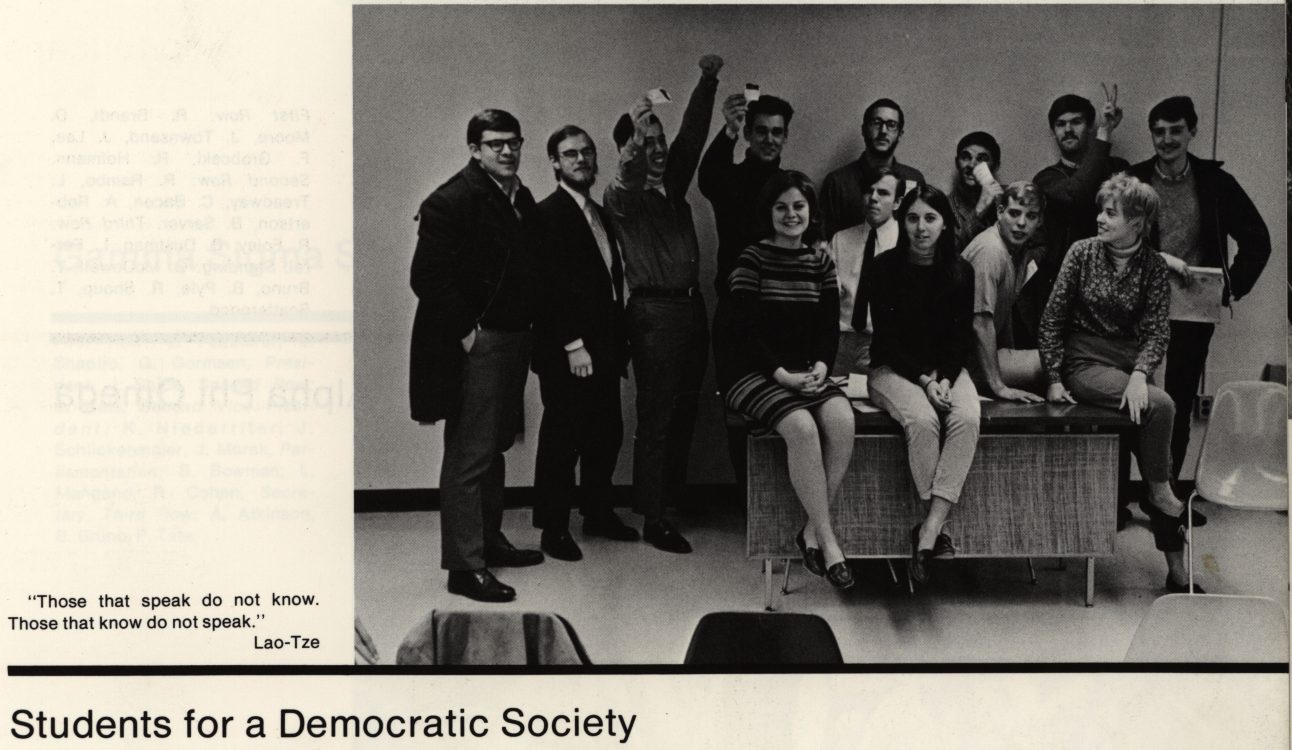 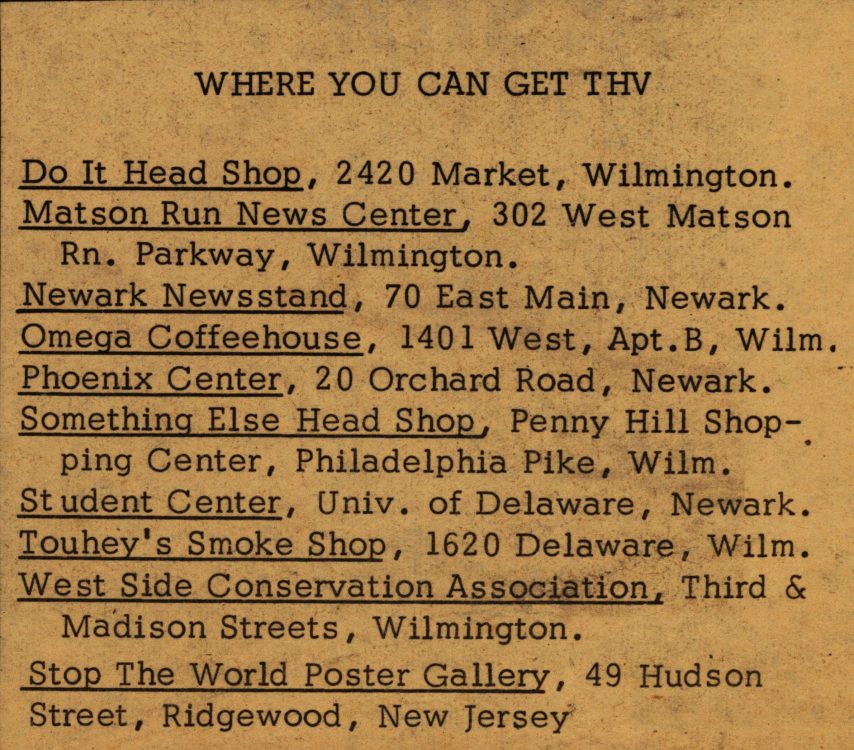 "Where you can get THV." The Heterodoxical Voice, 1969 March. Volume 1, number 11, page 2. (Chris Oakley collection of alternative press)
View Metadata 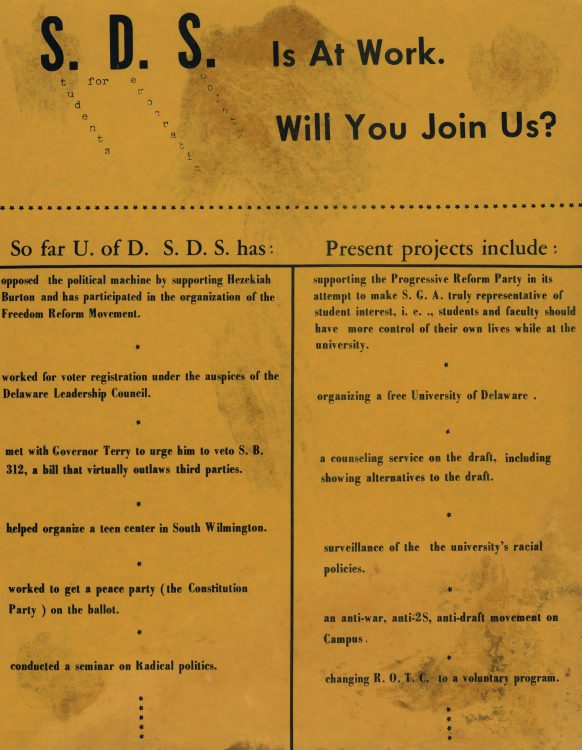 Students for a Democratic Society. "SDS is at work. Will you join us?" (flyer), 1968. (George Wolkind papers)
View Metadata 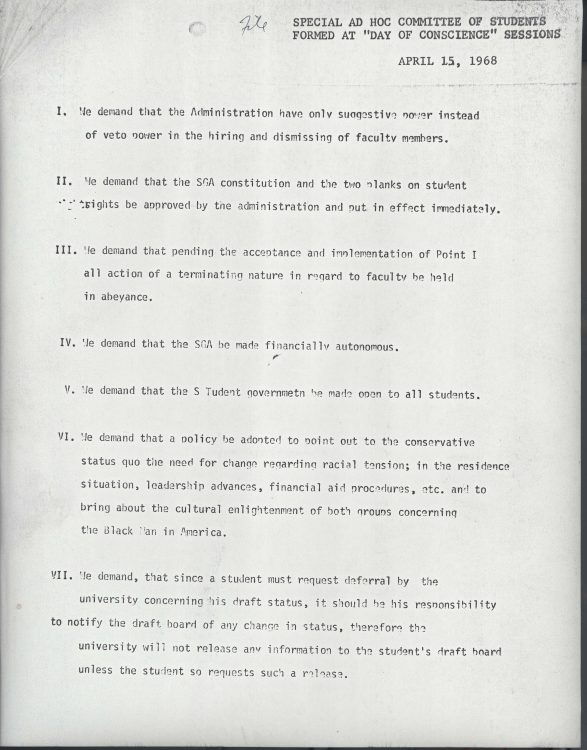 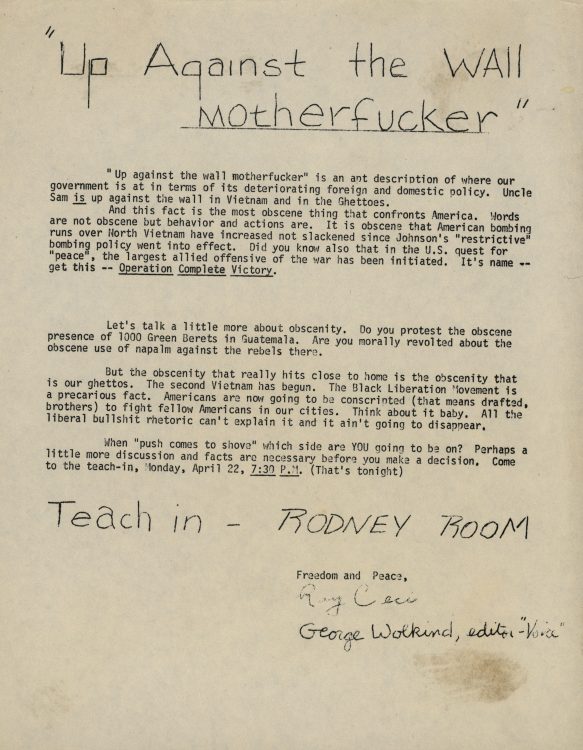 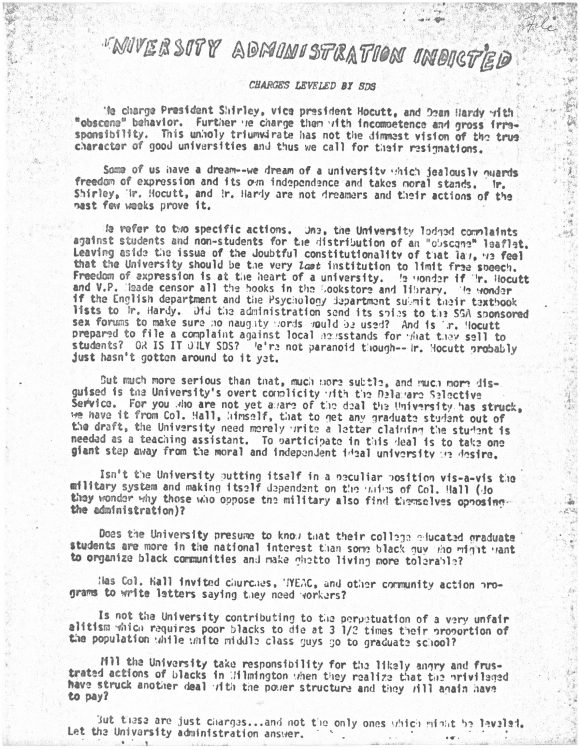 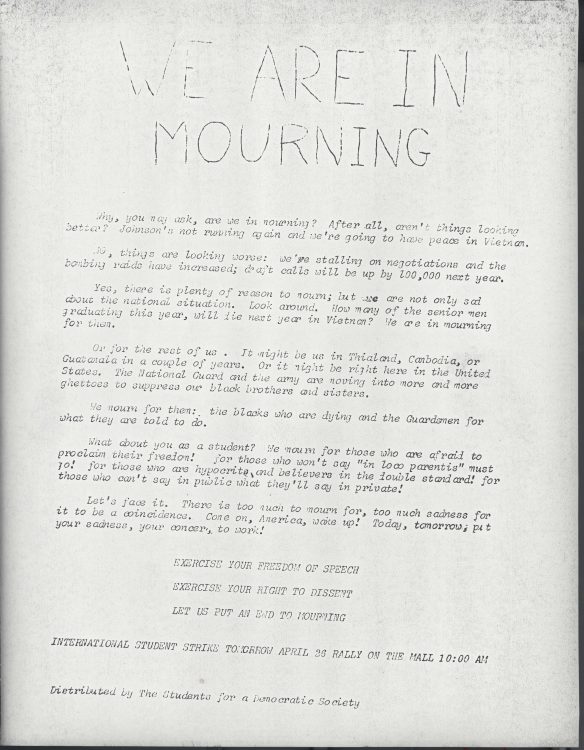 Students for a Democratic Society, SDS flyer, "We are in mourning," 1968. (UD Archives and Records Management)
View Metadata 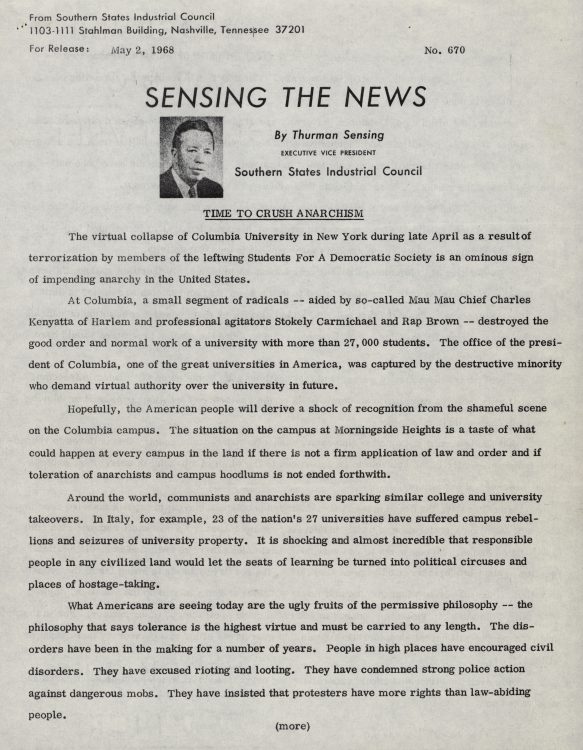 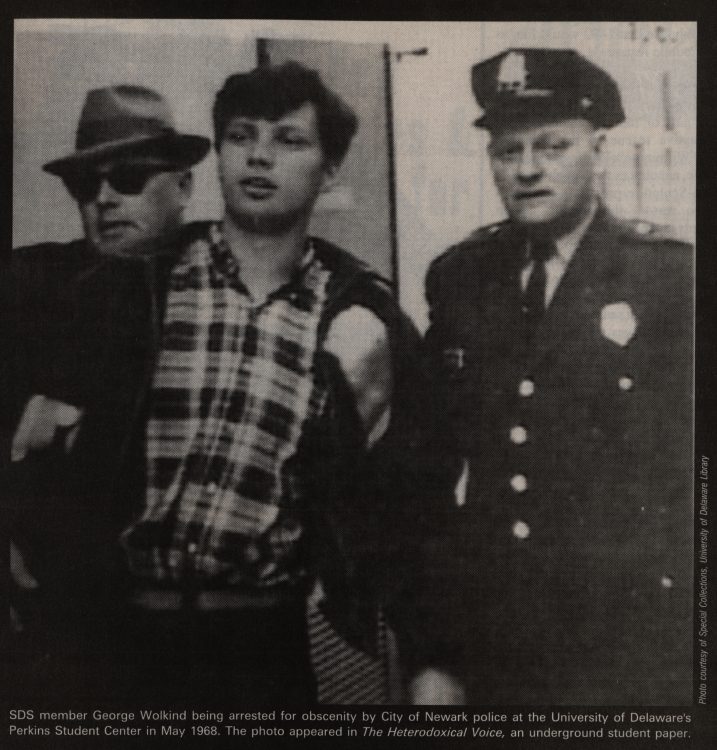