SDS and The Hederodoxical Voice 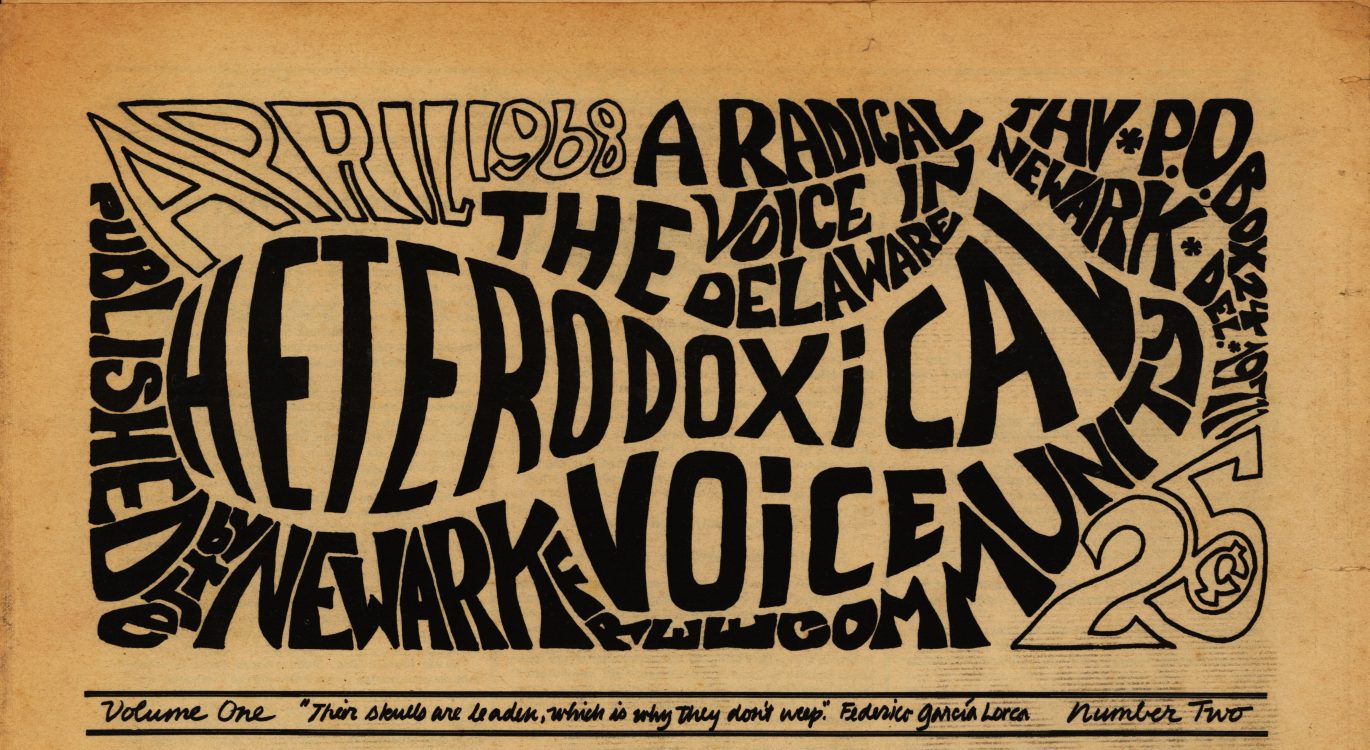 SDS students partnered with community members to establish The Heterodoxical Voice (THV), a newspaper to “fill the political, social and cultural information gap” with a “new left perspective.” Copies of THV survive in the alternative press collection of Chris Oakley, a reporter and contributor to many small Delaware publications of the late Sixties and 1970s.

Champions of activism, THV editors noted that “failure will be measured by … complacency.”  Prof. Yvonne Mahru (Languages and Literature) was quoted in The Blue Hen, “I am impressed by the younger generation’s awareness of social, moral and political problems. They are interested in forming opinions and trying to improve our society.” For many UD students and the community around them, outspoken engagement with the issues of 1968 is an important legacy of those times and student activism is an important part of local history as told by Hattie Bannowsky and David Robertson's timeline, “A-Changin’ Times: SDS in Newark in the 1960s,” in Histories of Newark, 1758-2008: Seventy-five stories of Newark, Delaware, and its citizens. 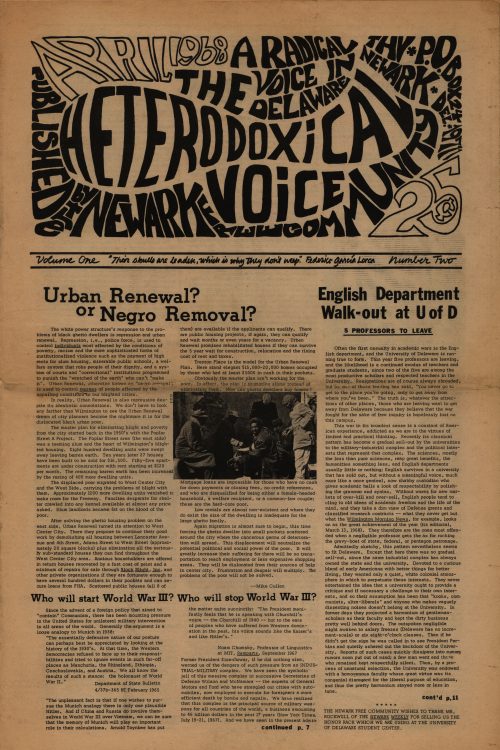 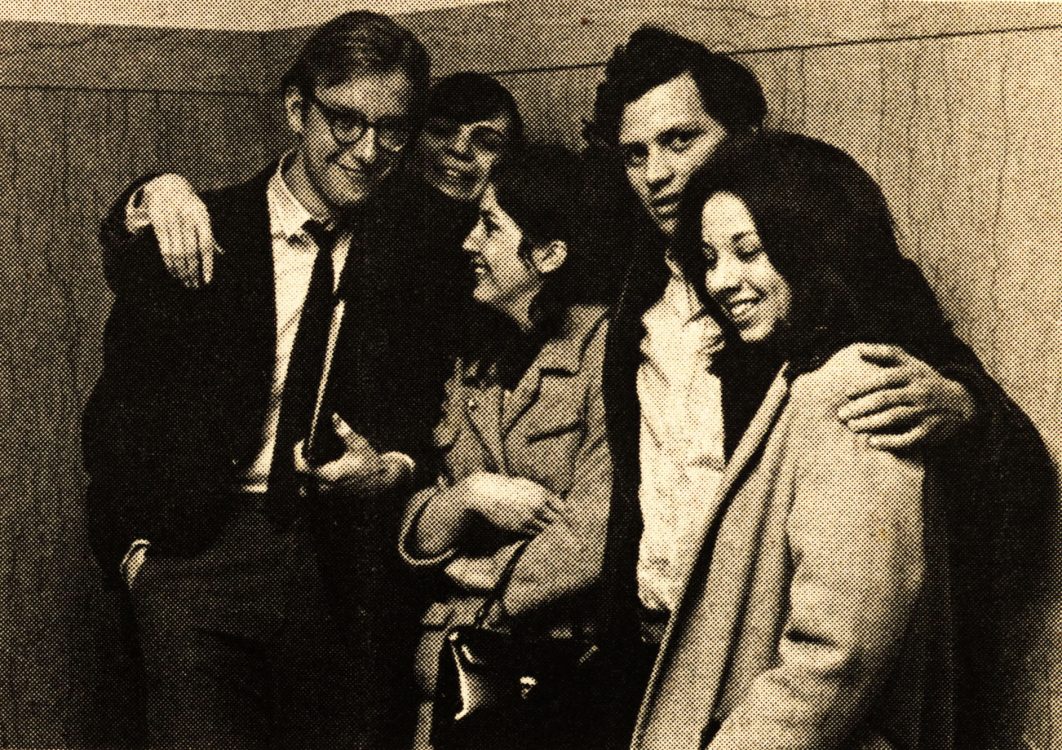 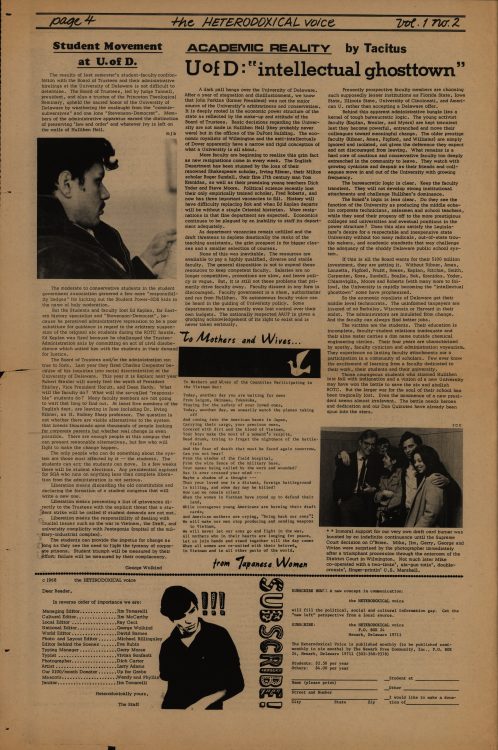 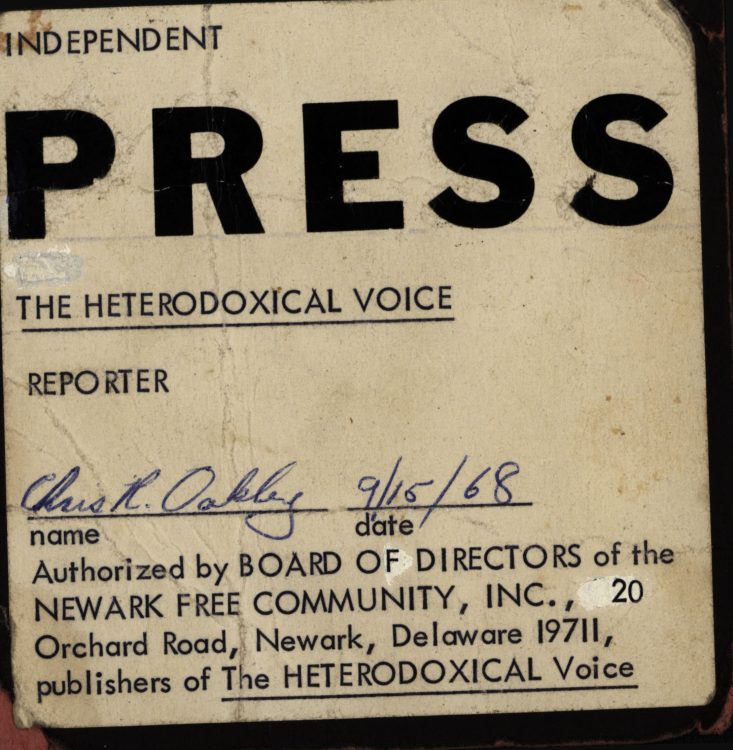 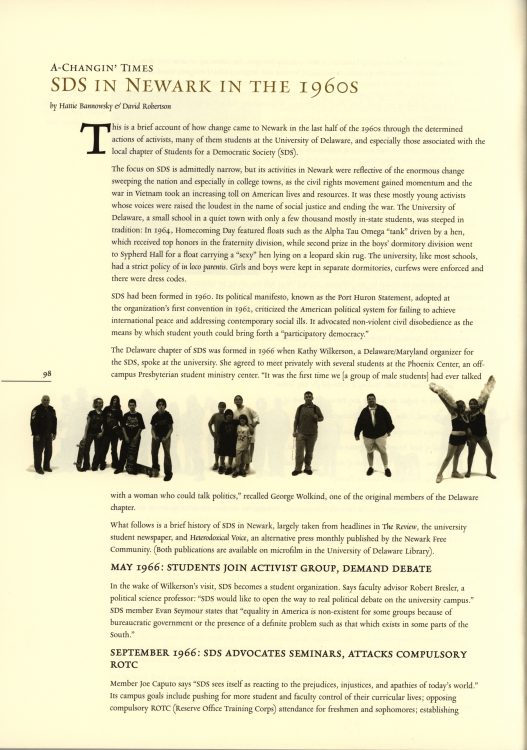