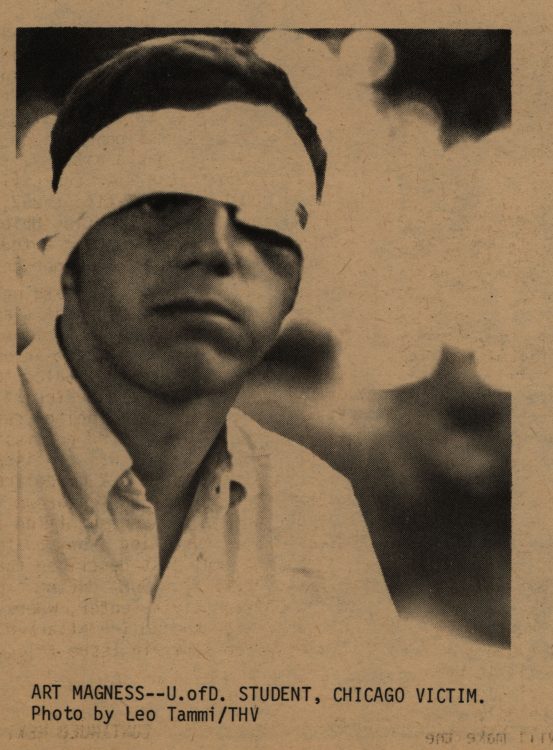 The vocal minority that so affected change on the University of Delaware campus did not confine their activism to Newark. A UD contingent joined other students from around the country in the anti-war demonstration coinciding with the Democratic National Convention in Chicago in August. Chicago police, supported by National Guard troops, clashed with the protesters, leading to a riot on August 28.  Delawareans George Wolkind and Leo Tammi reported firsthand on the Chicago events in the September “anti-money” issue of THV. 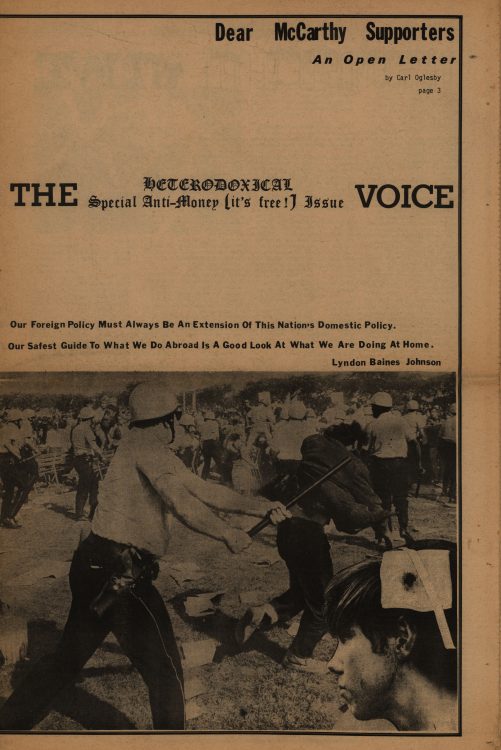 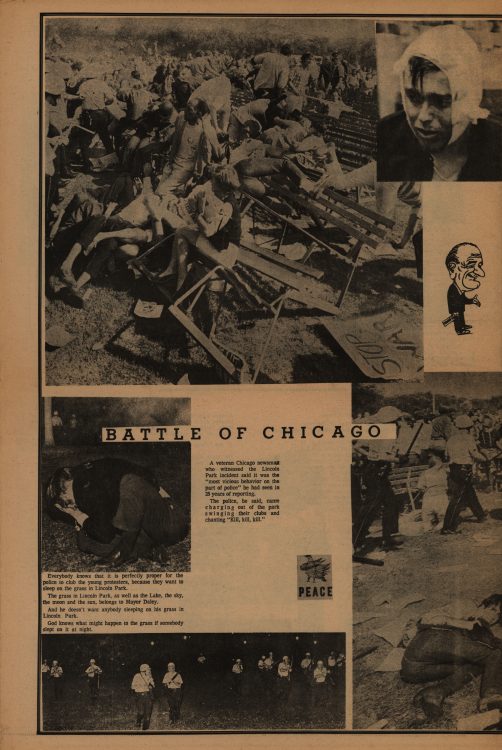