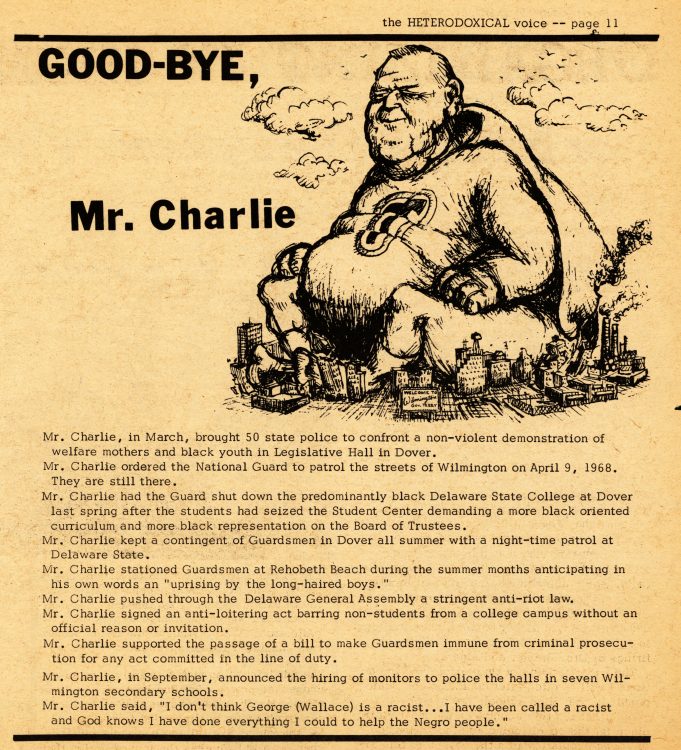 The occupation became a campaign focus in the gubenatorial race between Gov. Terry, a conservative Democrat, and Russell Peterson, a liberal Republican who pledged to release the Guard.

Richard Codor’s cartoon of Gov. Terry squashing Wilmington first appeared in The Review and was reprinted in the January 1969 issue of THV when Russ Peterson was sworn in as governor of Delaware.  Peterson had promised to discharge the Delaware National Guard, which was, indeed, his first official act. Within the first hour after his inauguration on January 21, the “siege of Wilmington” had ended. 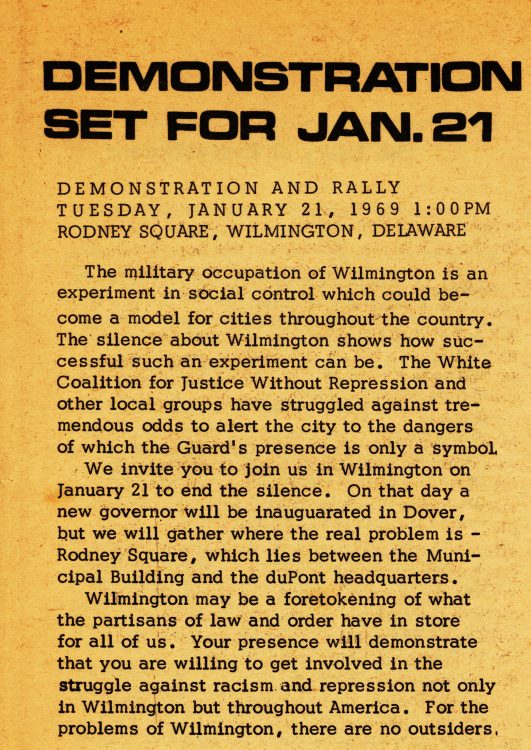 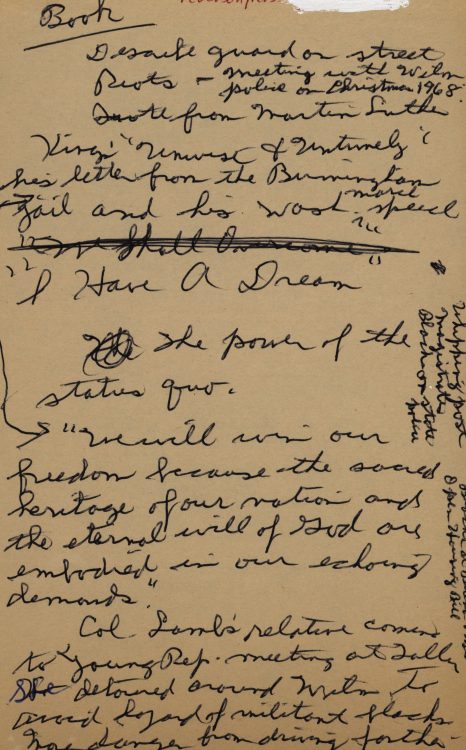