This scrapbook contains newspaper clippings reflecting Alice-Dunbar-Nelson’s work on behalf of women’s right to vote. She was active primarily in Pennsylvania and the Mid-Atlantic region. Women got the vote in the United States in 1929, with the ratification of the 19th Amendment to the Constitution. However, poll taxes and other barriers prevented many African American women and men in the South from exercising the franchise, up until passage of the Voting Rights Act in 1965. 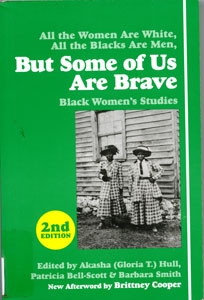 All the Women are White, All the Blacks are Men, but Some of us are Brave. New York City: the Feminist Press at the City University of New York, 2015, 1982. Second edition.

This book is a foundational text of African American feminism and Black women’s studies, including influential chapters such as the Black feminist statement from the Cohambee River Collective, and an early bibliography of Black women’s writings. The volume also contains an essay in which scholar and activist Akasha Gloria Hull recounts the events that led up to Alice Dunbar-Nelson’s papers coming to the University of Delaware Library. Hull was on the UD faculty at the time. 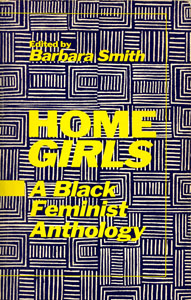 Along with But Some of Us are Brave, Home Girls is a very early and influential collection of feminist and lesbian writings. It includes poetry and prose by writers such as Alice Walker and Audre Lorde, who are represented elsewhere in this exhibition. Other important writers such as Michelle Cliff, Jewelle Gomez, June Jordan, and Toi Derricotte also contributed to the volume.  It should be emphasized that many of the themes and issues being raised in this volume had not previously been seen in print. For example, the volume contains a section entitled “Black Lesbians-Who Will Fight for our Lives But Us?” 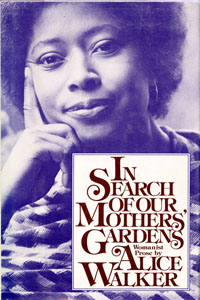 In this influential book, Walker defines the word “womanist” thus: “a black feminist or feminist of color. From the black folk expression of mother to female children and also a woman who loves other women, sexually and/or nonsexually. Appreciates and prefers women’s culture. Committed to survival and wholeness of people, male and female.” This book is composed of articles Walker produced between 1966 and 1982. The chapters address many topics, including the civil rights movement, Castro’s Cuba, and literature. A notable chapter describes how Walker discovered the long-forgotten grave of writer Zora Neale Hurston. Walker also helped usher in a new wave of academic research on Hurston. 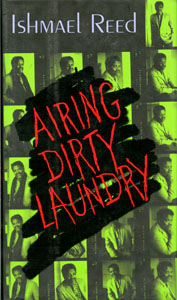 Among many topics Reed takes on in this volume is feminism. He was quite vociferous in his objections to Black feminist critiques of domestic violence and abuse by Black men, during a period when Alice Walker’s The Color Purple and Ntozake Shange’s play For Colored Girls addressed the issue. Reed interpreted some of these writings as a contributions to the longstanding racist vilification of Black men. Naturally, Black feminists did not completely share his views.