The books on display invite reflection on specific people and incidents from the era of slavery. The fact that writers choose to (re)write and reimagine episodes from that time suggests that slavery is still an important part of the collective consciousness of the nation. 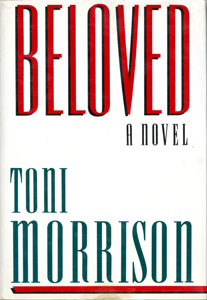 This novel garnered a Pulitzer Prize for Morrison. Beloved is based on the true story of Margaret Garner (1834-1858), an enslaved women who killed her own child rather than allow her to be sent back into bondage. Morrison’s novel imagines the haunting events that follow the death of the child (Beloved), suggesting that slavery is a specter with which the country still must reckon. In 1993 Morrison received the Nobel Prize in Literature. 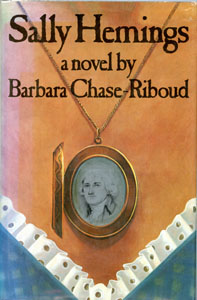 Chase-Riboud’s novel explores the relationship between President Thomas Jefferson and an enslaved adolescent, Sally Hemmings, who bore six children by the President. Like the work of many feminist historians, Sally Hemmings shifts the historic gaze from the male to the female protagonist, in order to comment on both race and gender in the context of slavery. The relationship between Jefferson and Hemmings points out the contradiction in the President’s position as steward of American liberty and as a slave owner with the bodies of Black women at his disposal. Years after the publication of Chase-Riboud’s novel, DNA tests confirmed that Thomas Jefferson was indeed the father of Sally Hemmings’ six children. 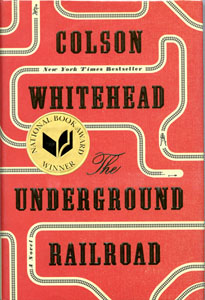 This compelling recent novel is the story of an escape from slavery, with an interesting technological twist. Whitehead uses the tale of his peripatetic protagonist (Cora) to weave together various tableaux of racial oppression, some of which seem alarmingly close to events of the twentieth and twenty-first centuries. 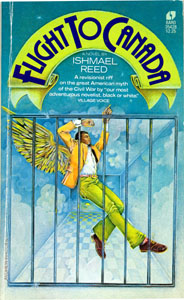 Reed’s novel is the quintessential “neo-slave narrative.” It satirizes the slave narrative or “escape narrative,” which has often been seen (mistakenly) as the unique starting point of African American literature. Reed’s innovative take on the genre is also a send up of Harriet Beecher Stowe’s Uncle Tom’s Cabin (1852), whose plot, Reed suggests, was drawn from the 1849 escape narrative of Josiah Henson. Time is fluid and historical anachronisms abound as Flight to Canada collapses past and present, inviting the reader to reflect on how the former influences the latter.