In the Life was the first anthology of writing by and about Black gay men. Up until that time there was no significant body of published work by self-identified members of that group. In one sense, In the Life reflected the influence of the Black Arts Movement, which had seen the publication of a number of collections devoted to ostensibly heterosexual authors exploring aspects of Black life. However, out gay and lesbian authors did not figure prominently among Black Arts poets and writers. In the Life brought in a period when a number of Black gay men began publishing novels, poetry collections, and short stories addressing their experiences. 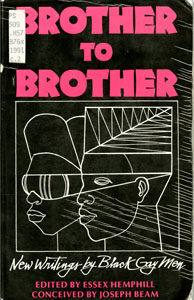 This volume of poetry, short stories, and essays was a sequel to In the Life, which can also be seen in this part of the exhibition. The editing of this volume was begun by Joe Beam, but had to be completed by poet Essex Hemphill (1957-1995) after Beam’s death of AIDS in 1988. It won a Lambda Literary Award in 1992. 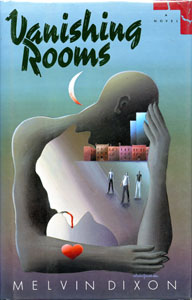 Poet, professor, novelist, and translator Melvin Dixon began publishing his writings during the 1980s, the decade that saw the first swell of gay, African American literary activity. Vanishing Rooms suggests the complex nature of the relationship between race, class and sexuality. The protagonist is an African American dancer whose white partner is raped and murdered in a homophobic attack. The various chapters are written from the perspectives of the Black and white characters in the novel, which is set in New York City during the early 1980s. 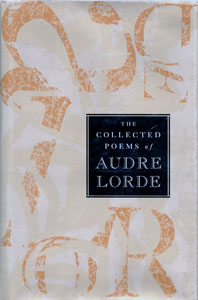 It is safe to say that African American lesbian writers had a “head start” in coming together politically and literarily, compared to African American gay men of the generation of Joe Beam and Essex Hemphill. Reading Lorde suggests that this was on account of the type of connections women formed as part of the broader women’s movement.  Lorde was one of the most active African American lesbian writer/activists working in the 1970s and later. Besides her nine poetry collections, she authored a number of essays, and a well-regarded autobiography, Zami, which described her early years and offered a compelling image of lesbian life in 1950s New York.