The Question of Nationalism 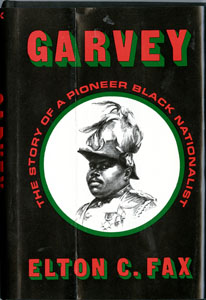 The goal of Marcus Garvey’s (1887-1940) United Negro Improvement Association(UNIA) was “to unite all the Negro peoples of the world into one great body to establish a country and government absolutely their own.” The nationalist organization was part of the landscape of 1920s Harlem, representing a departure from the more integration oriented activities of Harlem Renaissance writers and artists. At its height the UNIA had millions of members. The cornerstone of his project was the Back to African Movement, for which Garvey created a line of steamships meant to provide jobs and transport African Americans to Liberia. The publication of this biography in 1972 suggests Garvey’s influence on Black nationalist thought fifty years after the heyday of the UNIA. 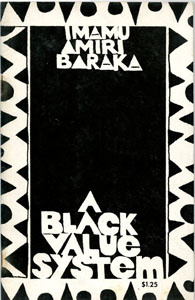 Poet and essayist Amiri Baraka was a major theorist of a current of Black nationalist thought and practice that developed in the later years of the 1960s. A Black Value System lays out the principles behind the Kwaanza celebration, which originated in California in connection with the US organization, led by Black nationalist leader Maulana Karenga. After meeting Karenga in 1968, Baraka adopted elements of Karenga’s African-inspired ideology into his own thinking. This included the philosophical guidelines for the celebration of Kwaanza, which was inspired by African harvest festivals, and which is observed by many African Americans today. This is a first edition of the booklet, published by Baraka’s press Jihad Productions, based in Newark, New Jersey. 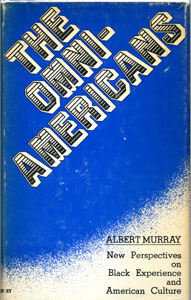 Described by one literary historian as a “militant integrationist,” Albert Murray, countered the positions of Black nationalist artists such as Baraka, whose work during the 1960s and 1970s emphasized cultural links between African Americans and Africa, and a corresponding distance from  American (i.e. white) practices. In The Omni Americans, Murray presents African American culture as deeply implicated in American culture. Black Americans, he writes, are “omni-Americans,” whose improvisatory, adaptive style has thoroughly infused American culture, to its benefit. This first edition of the book is from the Richard Hoffman collection. 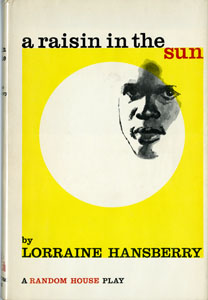 A Raisin in the Sun is one of the most successful African American plays of all time. Set in 1950s Chicago, it tells the story of the Younger family and their successful attempt to integrate a white neighborhood in the face of racial discrimination. The play also touches on questions of identity and cultural expression that would be very important for Black nationalists and others during the 1960s. This copy contains a signed photograph of actor Sidney Poitier, part of the original cast of both the Broadway and the film versions of the play.