The Meaning of the Blues 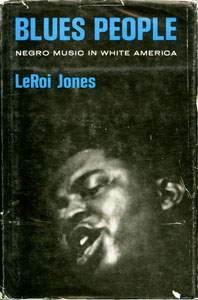 Baraka’s famous text argues that it is only in forms such as the blues, forms that spring from the Black masses, that African Americans have made a cultural contribution not premised on a notion of Black inferiority. By this reasoning the works of Black middle class artists and writers were, largely, destructive, being based on an implicit rejection of folkic (non-middle class) cultural practice. Baraka does see the writers and artists of the New Negro movement as having more awareness of the value of African American folkic forms than their 19th century predecessors, but these intellectuals too are addressing a white audience, and, in the process, pandering to exoticism, according to the author. This recalls Richard Wrght’s criticism of Zora Neale Hurston, who was, however, very inspired by folkic practice. 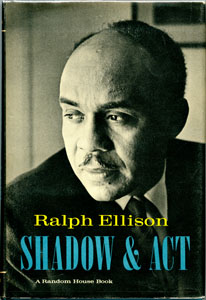 Shadow and Act. New York: Random House, 1964. First edition, from the library of Pauline A. Young.

This famous volume of essays by novelist Ralph Ellison contains a review of Baraka’s Blues People (presented in this section of the exhibition). Ellison rejects Baraka’s division between Black and “mainstream” (i.e. white) culture, arguing that African Americans have shaped American culture from the beginning, and that Baraka’s Black nationalist/separatist conception of African American culture is narrow and constrictive.  Further, Ellison argues that the blues are an art form rather than an expression of political protest. As such they transcend the conditions of oppression under which they were created, and have served to help African Americans survive those conditions.

The well-known activist and  philosopher offers an important Black feminist analysis of the blues. 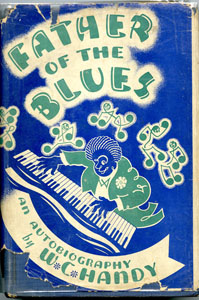 Although he did not invent the form, W.C. Handy did more to popularize the blues and bring them to the world than any other individual. His autobiography (edited by well known author Arna Bontemps) describes his career, which began in humble circumstances in Alabama. Handy achieved wealth and renown in part by writing now classic songs such as “St. Louis Blues” (performed and recorded by Bessie Smith) and “Memphis Blues.” He also started his own publishing house and produced several important compilations of blues tunes.