The work of authors Richard Wright and Zora Neale Hurston has often been seen as representing the opposition between political protest (Wright) and a more individualistic, less overtly political approach (Hurston). This case presents several relevant books, and explains criticisms that each made of the other’s work. 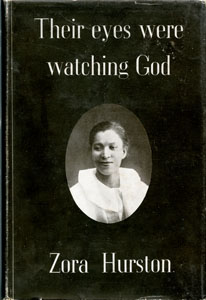 Written in an African American vernacular style, this iconic text tells the difficult, magical tale of Janie, who, after childhood hardships and difficult marriages, finds the love she seeks in a blues singer (Tea Cake). Later, the lovers’ lives are shattered by a violent Florida hurricane and its aftermath. Richard Wright’s main criticism of Their Eyes was that the novel perpetrates a stereotypical image of “quaint” Blacks, thus pandering to the tastes of a white audience. Since that time other critics (Alice Walker, most notably) have considered Hurston’s work to be an affirmation of the lives of African Americans, whom the novel presents as part of a self-contained Black cultural “universe.” 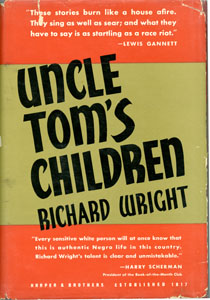 Wright’s first major book exemplified his concerns as a writer: racism and the violence it visits upon African Americans, who, in these four novellas, strike out against their oppressors.  In a review, Hurston describes it as “a book about hatreds,” arguing that its dismal portrayal of the American South was a distorted one, in line with the image promoted by the Communist party, of which Wright was a member, at that time. For his part, Wright later found the book too sentimental, and set out to create a much more powerful denunciation in Native Son. 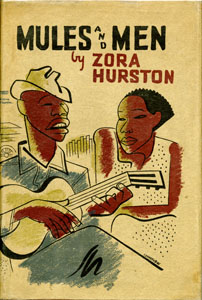 Atrained anthropologist and folklorist, Hurston travelled to the American South, Jamaica, Haiti, and elsewhere to do the ethnographic research that informed books such as Mules and Men (a collection of folktales) and her fiction, which is always rich in details about African American cultural practice. This first edition of Mules and Men contains drawings by the Mexican artist and caricaturist Miguel Covarubbias (1904-1957), who knew and drew many of the figures associated with the Harlem Renaissance. 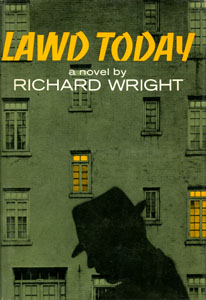 This is Wright’s first novel, which was not published after his death. it describes a day in the lives of African American postal workers, contrasting their struggles with the patriotic platitutes being uttered all around them on Lincoln’s birthday. Here Wright already demonstrates his aim to use literature as a “weapon” against injustice, a goal laid out in his “Blueprint for Negro Writing (1937),” which came out a couple of years before the writing of Lawd, Today.