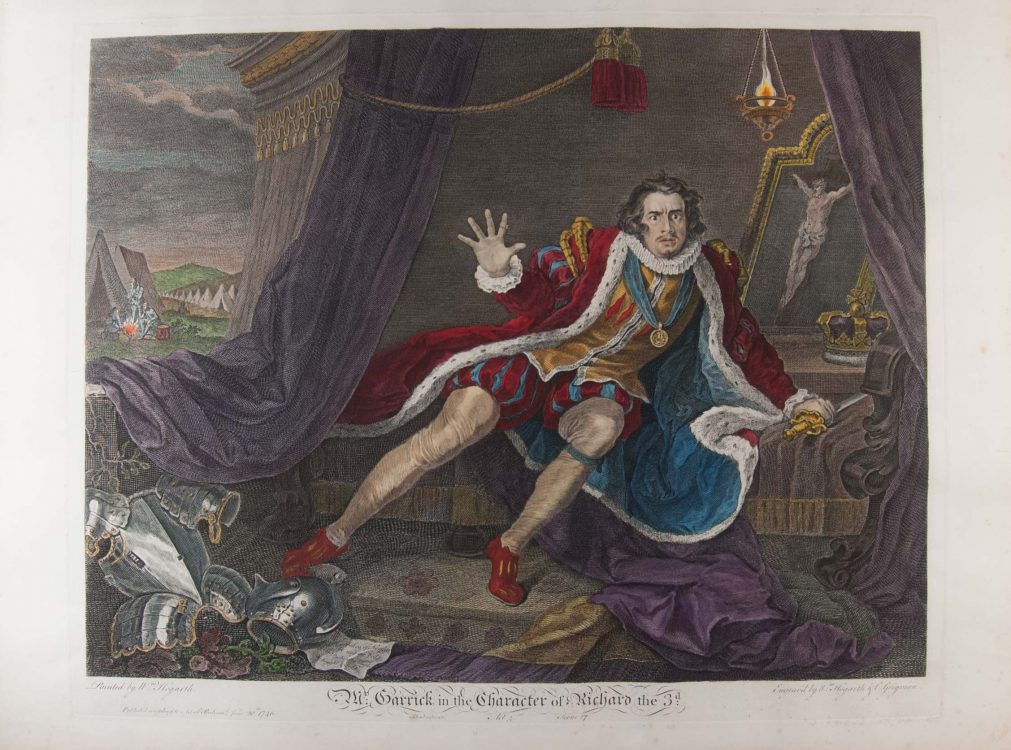 David Garrick (1717-1779) was an English actor and stage manager. In addition to his successes performing Shakespearean roles, he also worked hard to popularize Shakespeare as a national figure, doing much to elevate him to the iconic status that he now holds. In 1769, Garrick organized a three-day Shakespeare Jubilee at Stratford-upon-Avon, the first such celebration held in honor of Shakespeare. (The Jubilee was meant to commemorate the two-hundredth anniversary of Shakespeare’s birth, though the anniversary had occurred five years before). The Jubilee ended disastrously, due to terrible rain and flooding, but it nonetheless proved significant in establishing Stratford-upon-Avon as a major tourist center. 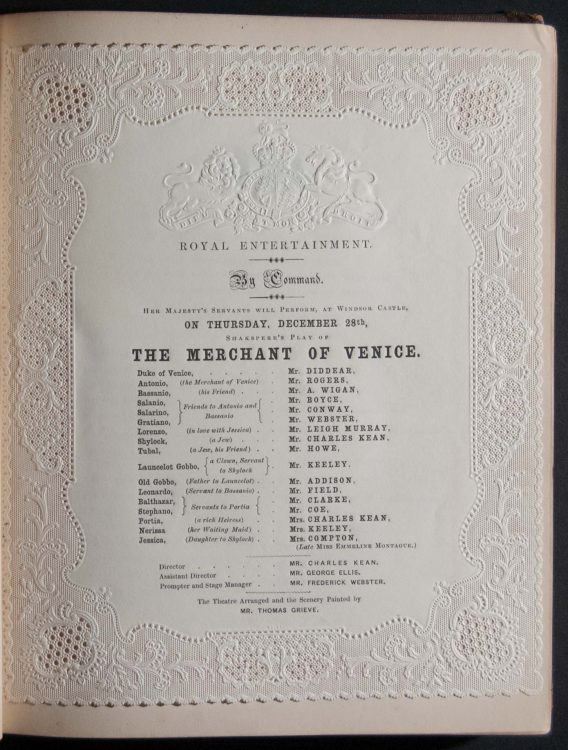 The Series of Dramatic Entertainments Performed by Royal Command, Before Her Majesty the Queen, His Royal Highness Prince Albert, the Royal Family, and the Court, at Windsor Castle. 1848-9.London: Mr. Mitchell; Mr. McLean's; and at the National Acting Drama Office, 1849.

The 1848-1849 series of performances at Windsor Castle included two Shakespeare plays: The Merchant of Venice and Hamlet. 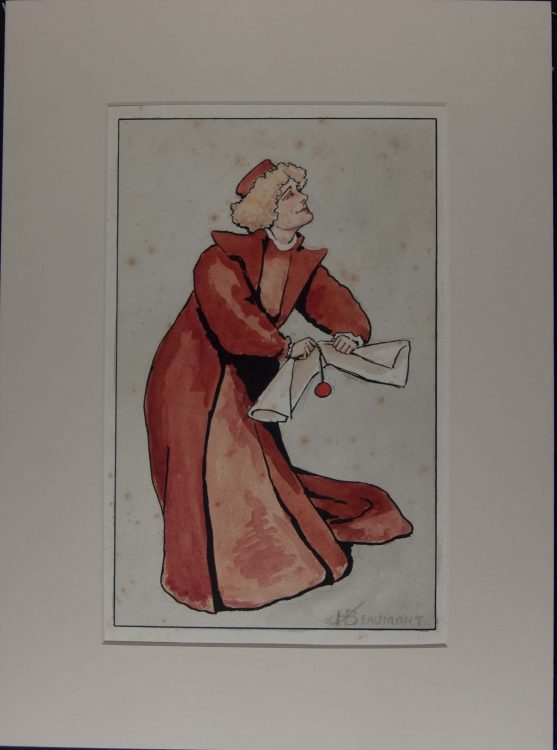 Pencil and ink on paper by Hugh Beaumont

[Ellen Terry performing as Portia in The Merchant of Venice]. 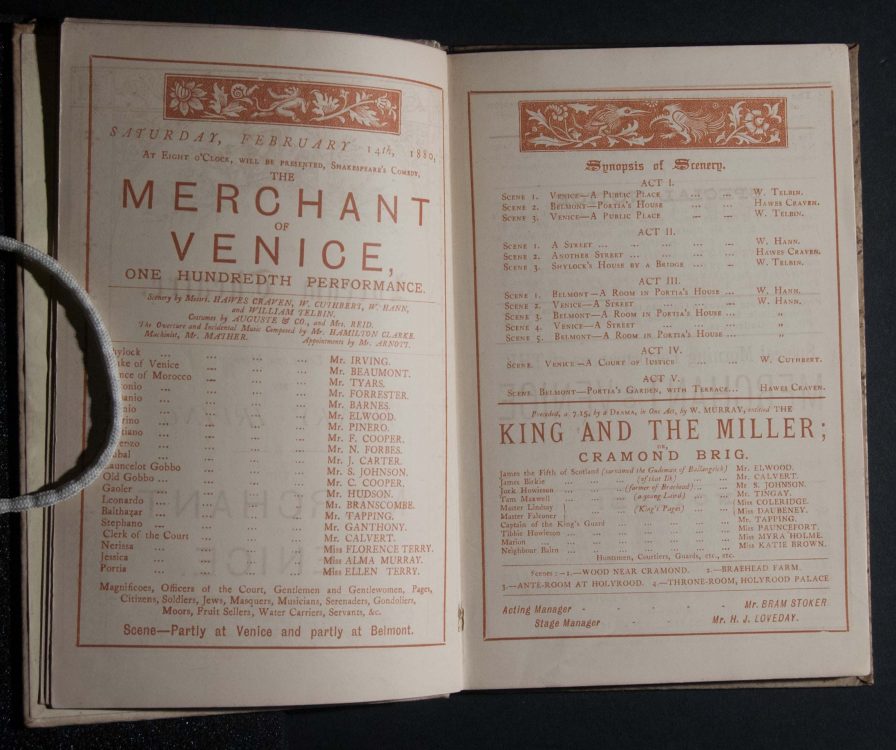 The Merchant of Venice, a Comedy in Five Acts […] as Presented at the Lyceum Theatre, Under the Management of Mr. Henry Irving, on Saturday, November 1st, 1879. One Hundredth Performance, Saturday, February 14, 1880. London: Chiswick Press, 1880.

This edition was offered for sale at Henry Irving’s performances of The Merchant of Venice. It contained Shakespeare’s script, as abridged for the performance by Irving. Irving was an enormously popular actor and stage manager. His performances were known for their elaborate set designs and artistic use of lighting to achieve dramatic effect. 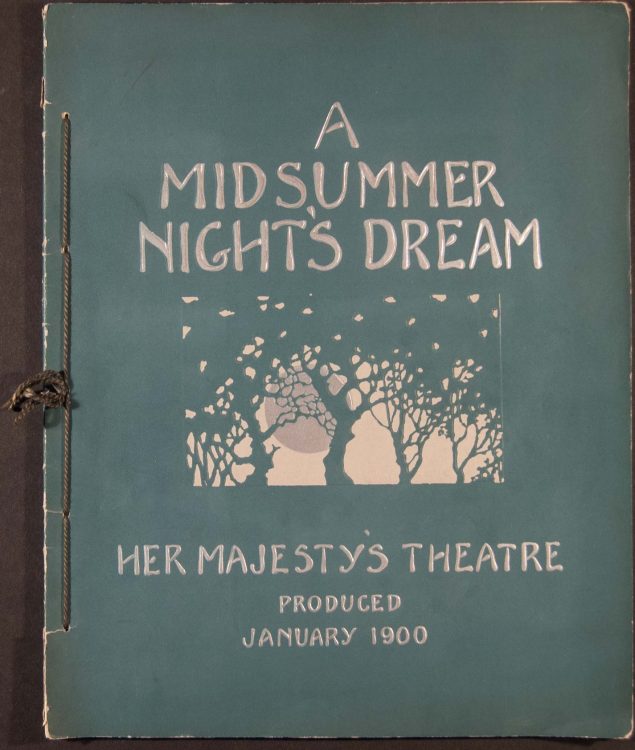 Souvenir of Shakespeare’s Fairy Comedy, “A Midsummer Night’s Dream,” Produced at Her Majesty’s Theatre by Herbert Beerbohm Tree on the 10th of January, 1900. London: Published for Mr. Tree by the British Mutoscope and Biograph Company, 1900. 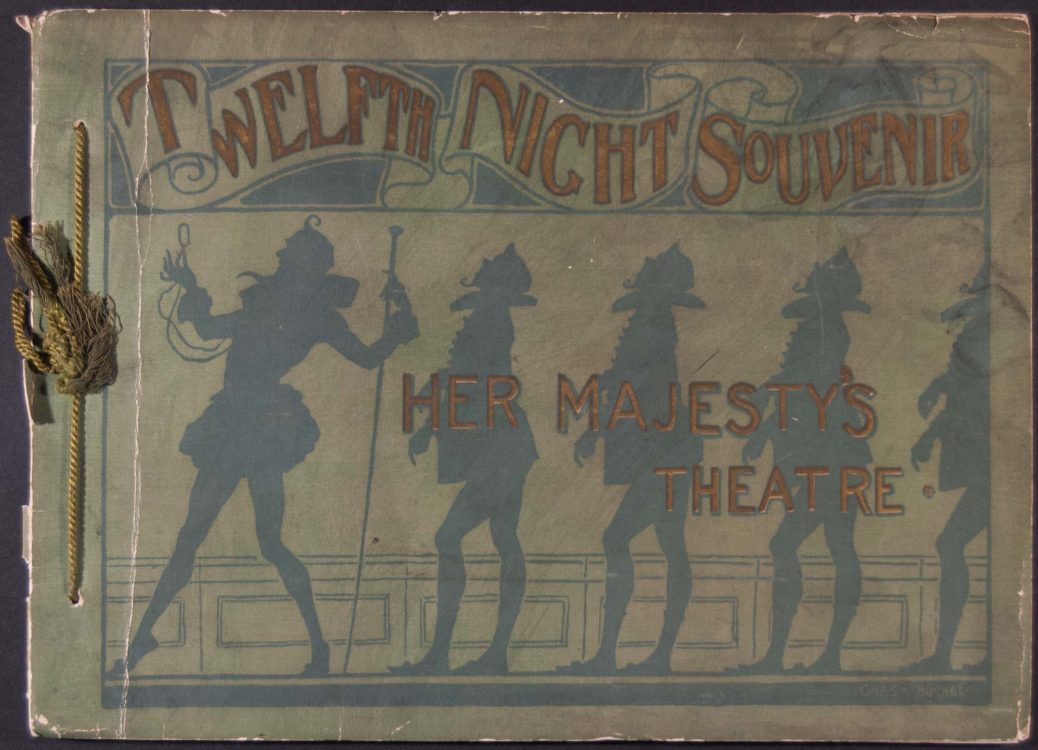 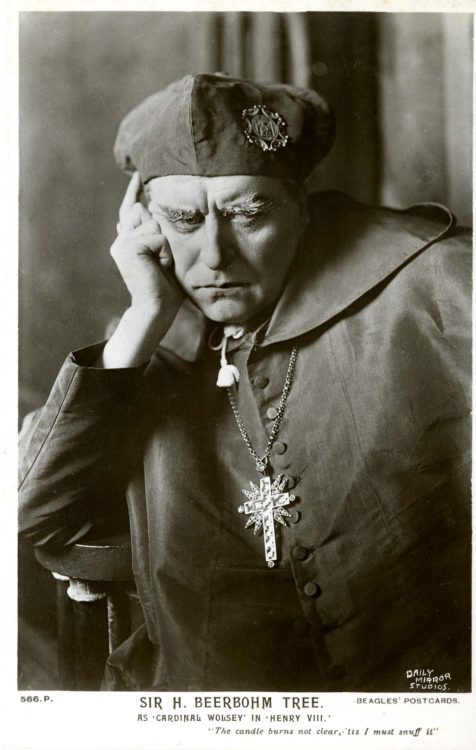 Herbert Beerbohm Tree (1852-1917) was a popular actor and theater manager. He received particular acclaim for his Shakespeare productions, and he worked especially hard to present Shakespeare performances that would appeal to a popular audience. In particular, his productions were known for the high quality of their scenery and stage effects.