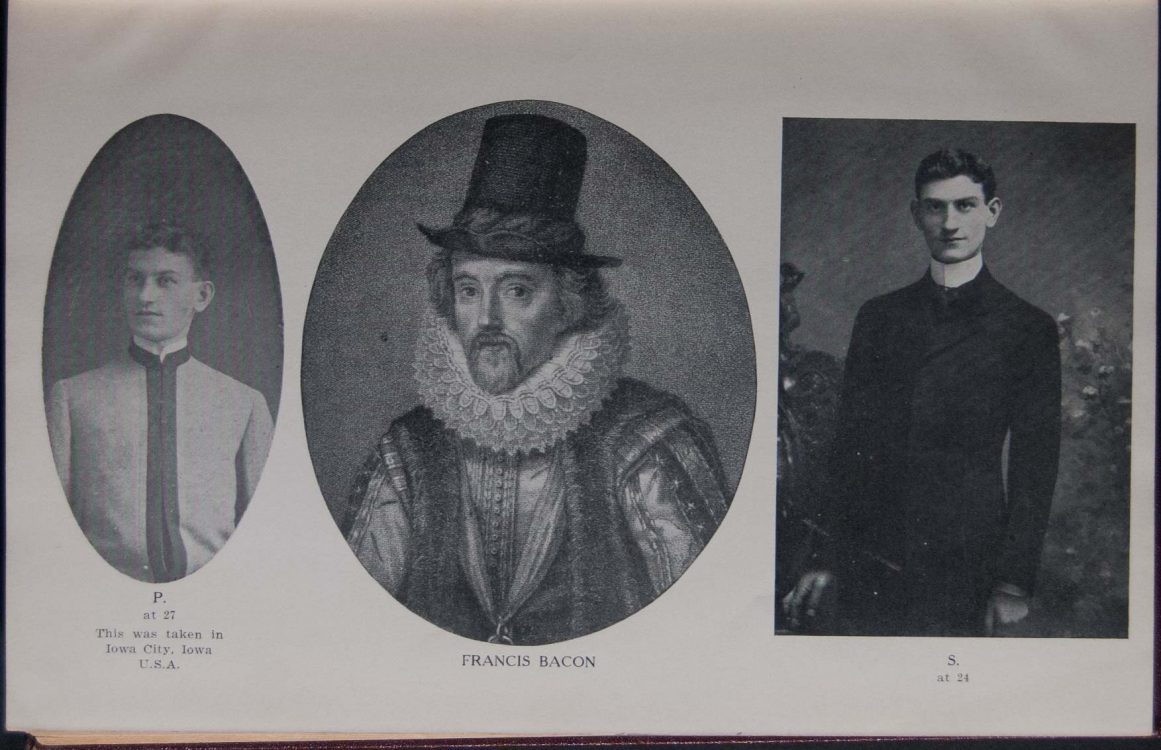 This curious volume may very well be one of the strangest books ever written about Shakespeare. The book opens with a note to the reader in which the author states that “we pay no attention to rules of grammar or composition, but we are catering to that which appeals to the mind and sound to the ear.” Philip Samuels, writing under the pseudonym of Samuels-Bacon, presents a line-by-line analysis of Hamlet in which he aims to reveal the true, secret meaning of the play. His interpretations are unique, to say the least. Through a combination of numeric, symbolic, linguistic, and Biblical interpretations, Samuels concludes, among other things, that Francis Bacon (1561-1626) is the true author of Hamlet. While Samuels was by no means the first person to suggest Francis Bacon as the true author of Shakespeare’s plays, Samuels went a step further by claiming that he himself was also the reincarnation of Francis Bacon (and thus, of Shakespeare as well). This, too, Samuels asserted, was encoded in the text of Hamlet. Furthermore, Shakespeare/Bacon had such great foresight that he also included a code in Hamlet prophesying the fact that his reincarnation Philip Samuels would be born in 1881.

The book’s frontispiece shows photographs of Philip Samuels compared to a portrait of Francis Bacon.