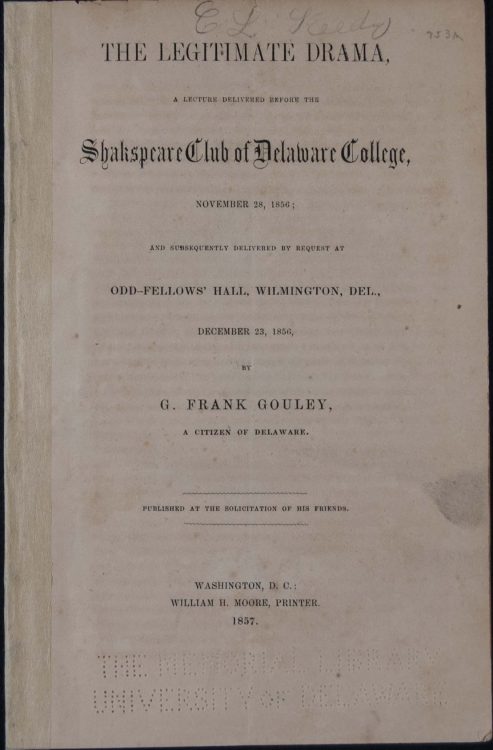 This pamphlet prints a lecture that was presented to the Shakspeare Club of Delaware College. (Delaware College was one of the predecessors to the University of Delaware.) In his lecture, Gouley stressed the practical values of drama, and he praised Shakespeare in particular. He argued that to study and understand Shakespeare was to “exercise every faculty of mind and heart” and that any person could be “made better and larger by drinking daily at the perennial spring of the mind of William Shakespeare.” Gouley was born in Wilmington, Delaware, and at different times in life was a farmer and an engineer. He studied medicine and law and wrote extensively for the Freemasons.

This trade card was used to advertise a week of Shakespeare performances hosted by the firm of Jacobs and Proctor at the Grand Opera House in Wilmington. (The Grand Opera House, which opened in 1871 as a Masonic Grand Lodge, continues to operate as a theater to this day.) The performances featured Daniel E. Bandmann (1837-1905), then an internationally known German-American actor, and Louise Beaudet (1859-1947), a French-American actress who performed on stage and in silent films. The week’s schedule featured two performances each of Hamlet, Merchant of Venice, and Romeo and Juliet, along with single performances of Richard III and Lady of Lyons (a play by Edward-Bulwer-Lytton). 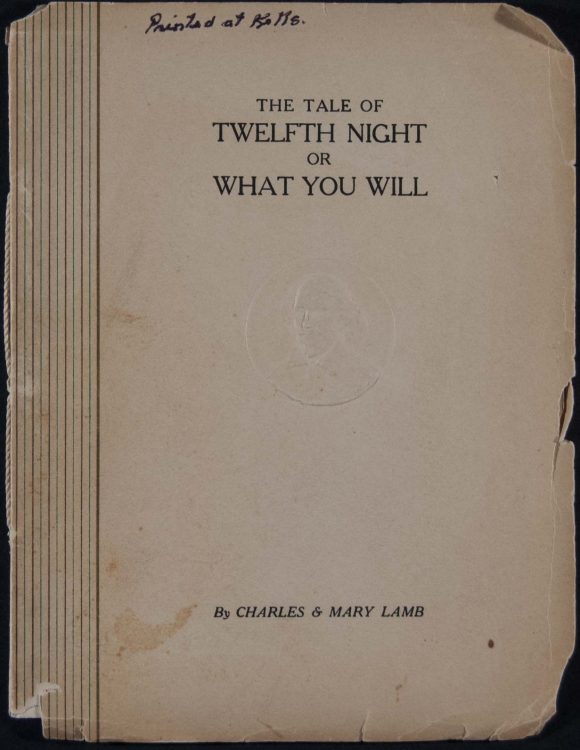 The Press of Kells was established in 1916 by Everett C. Johnson (1877-1926) in Newark, Delaware. Johnson derived the Press’s name from the Book of Kells, an eighth-century Irish manuscript, and he drew his inspiration for the Press from the example of Elbert Hubbard’s (1856-1915) Roycroft Campus, an influential Arts and Crafts workshop located in East Aurora, New York. The Press of Kells operated out of a workshop located at the intersection of South College and Park Place. Although the Press of Kells ceased operations in 1935, its building still stands at 318 South College Avenue.

This volume was printed at the Press of Kells to commemorate the 300th anniversary of Shakespeare’s death. 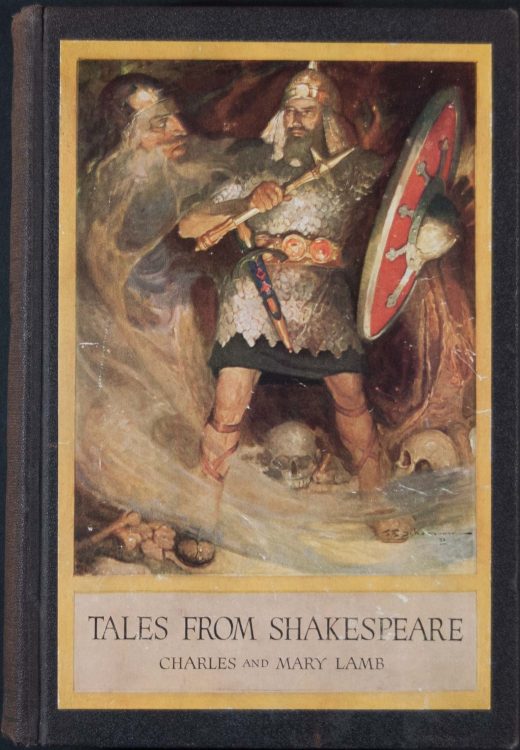 This edition of Charles and Mary Lamb’s Tales features a cover illustration by Frank E. Schoonover (1877-1972), a prolific artist whose studio was located in Wilmington, Delaware. Schoonover studied under Howard Pyle and was a member of what was later known as the Brandywine School. He found great professional success as an illustrator for magazines and books. He was also a founder of the Wilmington Sketch Club, which later evolved into the Delaware Art Museum. 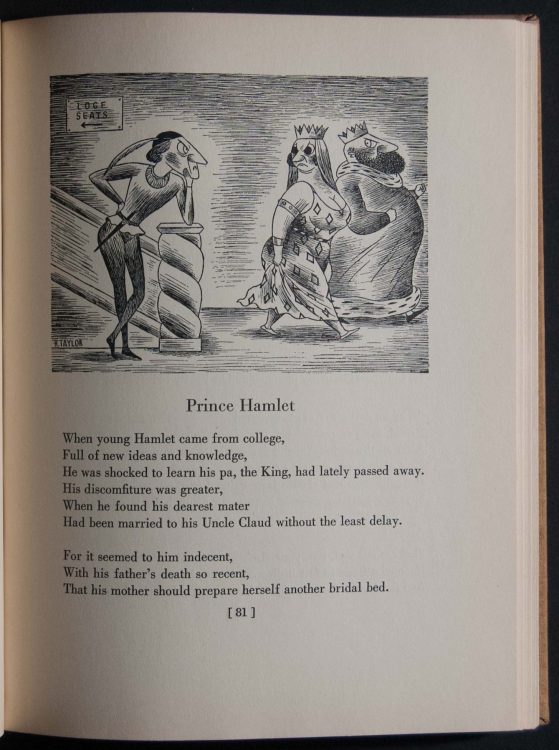 Sir Galahad and Other Rimes: Pass-keys to the Classics. New York: Simon and Schuster, 1936.

Christopher Ward was a professional writer located in Wilmington, Delaware. His Sir Galahad and Other Rimes was a collection of satirical poems about the Classics; it included several pieces poking fun at Shakespeare’s plays.