Previous
Online Exhibitions   »   Trail to the Voting Booth   »   On the Trail

Most American campaigns are run in two phases: the primary, and the general.

In the United States, the concept of a primary election developed over the course of the twentieth century, shifting power away from political parties and giving voters more say in candidate selection. Prior to the modern primary system, elected officials and influential party leaders would meet, negotiate, and select their preferred candidate for elections at all levels. During the 1960s and 1970s, voters and candidates challenged the power of political parties, wanting more say in who their candidates for office would be. Most states have either a closed primary, in which only registered party members can vote for candidates of their own party, or an open primary, where a registered voter can select any party’s ballot to vote for, regardless of their party affiliation. Delaware is a closed primary state.

The general election is more straightforward: all official nominees face off and try to win the most votes. Most United States elections operate in a “first-past-the-post” system, where whoever wins the highest number of votes wins the election.

Regardless of which phase of the election a candidate is in, there are several basic goals for a candidate: gain positive name recognition, prepare and communicate an effective platform, and achieve the popular support needed to win. To achieve this, candidates host events to connect with voters and find as many opportunities—and objects—as possible to put their name and message in front of the voters. 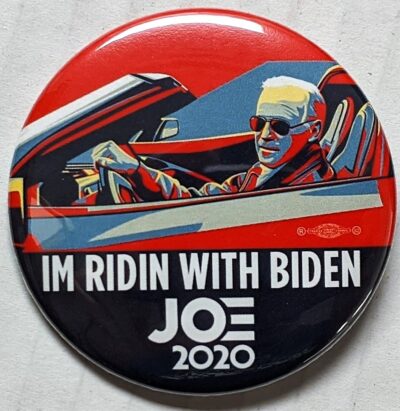