Previous
Online Exhibitions   »   Trail to the Voting Booth   »   Campaign Strategy: The Room Where it Happens

Campaign Strategy: The Room Where it Happens

A well-organized campaign is important for electoral success. Running is easy, developing a plan to win is harder. 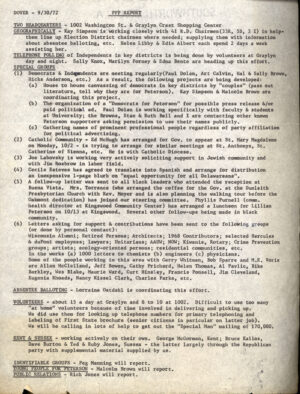 Before deciding to run, candidates must decide why they are choosing to seek office. How they answer this question will set the tone of their early campaign. Defining a governing message is important for candidates trying to connect with voters. 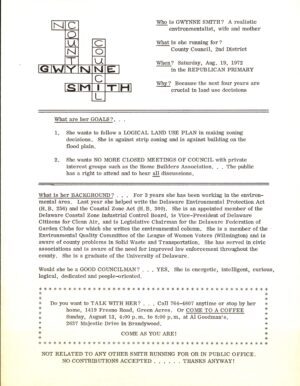 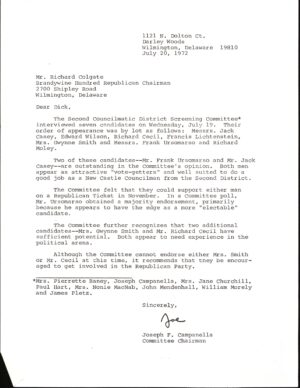 Campaigns are never static. Adjustments to the governing message are necessary in the midst of the campaign as new issues enter public discourse. Issue polling and voter surveys keep candidates informed on how the electorate views their messaging, and track the issues that voters consider important in a given election. 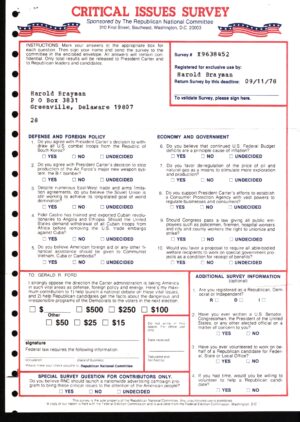 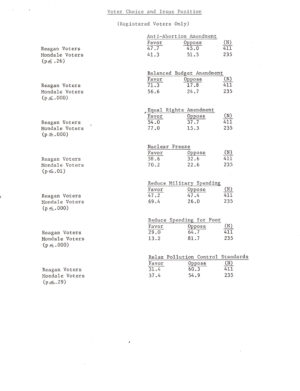 Relationship with the party

The role of political parties in elections has evolved over time. In the late nineteenth and early twentieth centuries, political bosses, senior party members and elected officials, had a strong hand in choosing candidates. 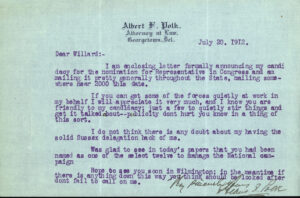 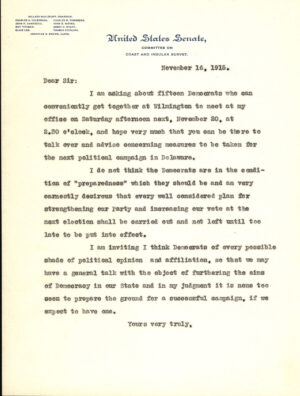 Throughout the twentieth century, instances of the party dictating the slate of candidates have decreased. However, the party apparatus still has an important role in shaping elections, whether by endorsing certain candidates or providing direct financial support for candidates through party-level fundraising. 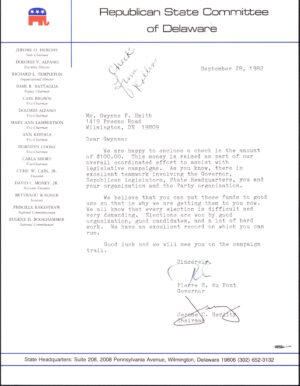 Party affiliated campaign committees in Congress offer support and encouragement to candidates as part of each party's effort to maximize their control of the legislative branch. 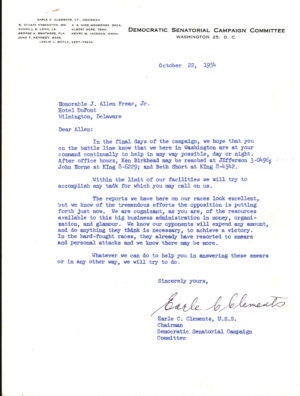 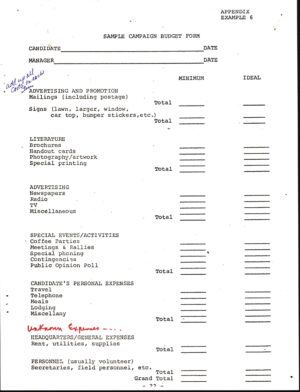 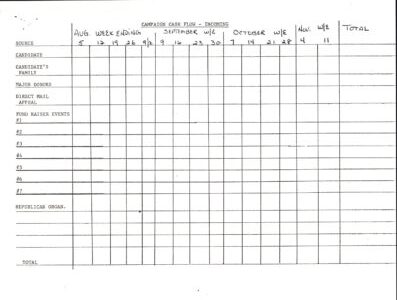 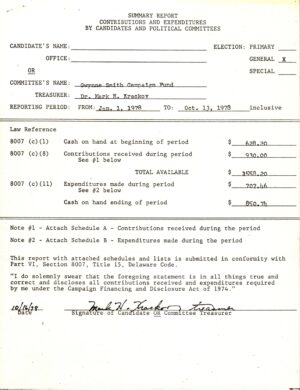 Direct appeals to voters are often effective to raise money for candidates. 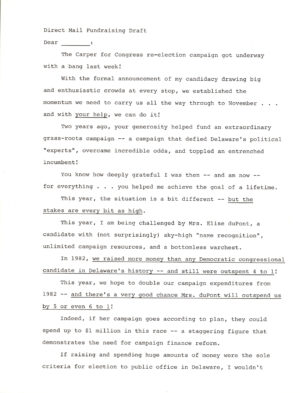 Endorsements provide an alternative view of the candidate's qualifications for elected office. Endorsements can highlight a particular policy position important to the candidate or reinforce party support, or from everyday supporters. This last category of endorsements is often solicited from the average constituent as opposed to party leaders or experts, and can make the candidate appear more relatable or likable. 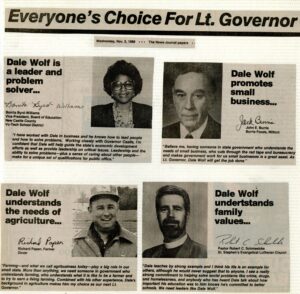 Candidates cannot be everywhere at once. In order to connect to as many voters as possible, candidates employ surrogates to take their message to the people. Sometimes, surrogates are elected officials campaigning directly for a candidate (or against their opponent). In 1960, Senator John J. Williams (R-Del.) was a member of the "Truth Squad," a group of Republican politicians traveling behind Democratic presidential nominee John F. Kennedy and his surrogates to contest the Democratic campaign message and advocate for Republican candidate and sitting Vice President, Richard Nixon. 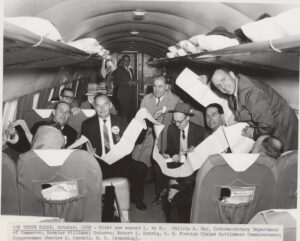 Surrogates can also be enthusiastic volunteers who go above and beyond to participate in larger-scale campaigning. One example includes the Coolidge-Dawes Lincoln Tour, a 1924 parade of over 100,000 vehicles along the Lincoln Highway between New York and San Francisco in support of Republican candidate and incumbent President Calvin Coolidge. The image below shows E. A. Seidel, who drove the lead truck for the 56 day event. 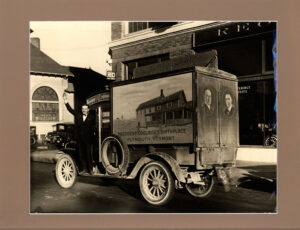 Creator unknown, Photograph of E. A. Seidel and his wagon as part of the Coolidge-Dawes Lincoln Tour, 1924
View Metadata

Another example is the "Voteswagon," a women-led effort in 1968 to secure votes for the Republican ticket of Richard Nixon and Spiro Agnew. Over the 27 day road trip, the women involved traveled over 7,000 miles and visited 74 cities, distributing campaign literature, and linking campaign events for local office with the national Republican campaign. 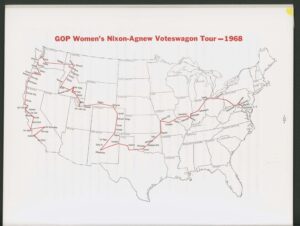 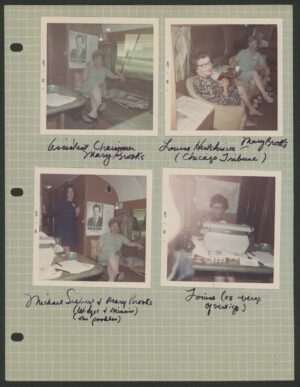 Campaigns may be defined by the candidate, but they are won by the efforts of many. With limited funds and time, campaigns rely on volunteers to help at events, raise money, canvass neighborhoods, and to get out the vote on election day. 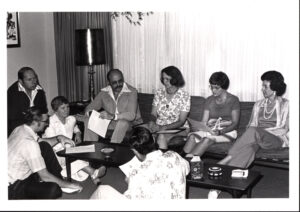 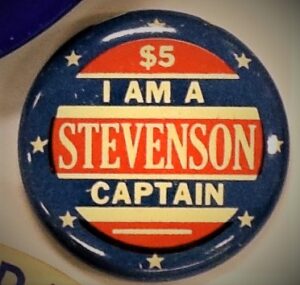 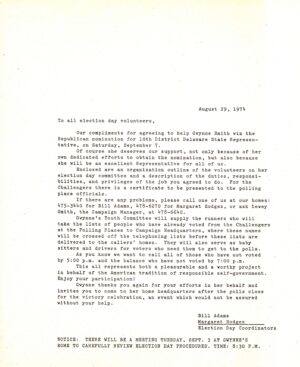