The State Law of 1791 moved the county seat in Sussex County from Lewes to a more centrally located area of the county, later naming the town Georgetown after one of the leading voices in relocating the county seat further inland. At that time, voters were required to go to the courthouse in Georgetown to cast their votes for local, state, and federal office. Two days later, voters returned to hear the results read out and certified. This was the birth of the unique Delaware tradition—Return Day. 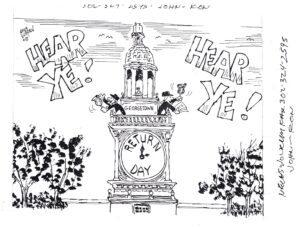 Since 1812, Return Day has been celebrated in Georgetown. Both successful and unsuccessful candidates descend on the town to close out election season in Delaware in a show of unity. Members-elect and their opponents, Democrats and Republicans for both state and local office come together for the parade through town, former opponents riding together in carriages and floats (though the losers are traditionally seated backwards), before hearing the official Sussex County vote tally in front of the courthouse. After the votes are read, everyone buries the hatchet—literally. State party leaders bury a literal hatchet in sand from Lewes, Delaware, the original county seat, officially ending the campaign cycle in Delaware. Other activities of the day include an ox roast, free to all assembled, games, and opportunities to meet elected officials. 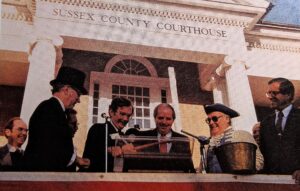 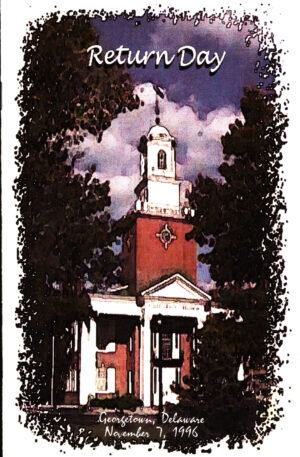 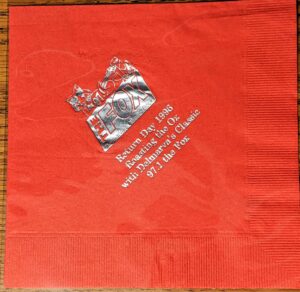 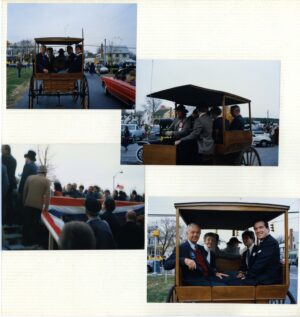 Part carnival, part campaign event, and part civil function, this unique Delaware tradition celebrates the best of American democracy—people from all walks of life coming together, setting their differences aside, and doing the people’s work.