Debates offer candidates a structured forum to discuss issues of importance to the electorate. In the nineteenth century, debates were important for highlighting differences between candidates. One unusual thing about debates in this period is that, instead of candidates facing off against each other; instead, surrogates would participate in the debate. Most nineteenth century debates garnered little attention beyond the local constituency. 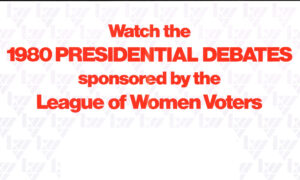 One exception to this was the famous Lincoln-Douglas debates in 1858. Abraham Lincoln was challenging Stephen Douglas, the incumbent, in the Illinois U.S. Senate race. Lincoln challenged Douglas to a series of seven debates on the issue of slavery. These served as the first significant political campaign debate in U.S. history, drawing national attention and setting up a preview of the 1860 presidential election, where the two men would challenge each other again. 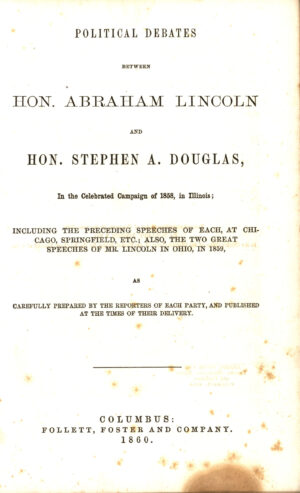 Lincoln, Abraham, et al. Political Debates between Hon. Abraham Lincoln and Hon. Stephen a. Douglas, in the Celebrated Campaign of 1858, in Illinois : Including the Preceding Speeches of Each, at Chicago, Springfield, Etc. : Also, the Two Great Speeches of Mr. Lincoln in Ohio, in 1859, As Carefully Prepared by the Reporters of Each Party, and Published at the Times of Their Delivery. [5th edition] ed., Follett, Foster and Company, 1860.
View Metadata

Debates did not receive widespread attention again until the advent of radio in the 1920s, when technology allowed for political debates to be broadcast to a wide audience, though it would not be until 1948 that the first debate between major political candidates would be broadcast between Harold Stassen and Thomas Dewey, candidates in Republican primary.

The first televised debate between presidential candidates was in 1960, when Senator John F. Kennedy debated Vice President Richard Nixon. This meeting between Kennedy and Nixon set the precedent for the modern political debate, and encouraged the practice for lower offices across the country. 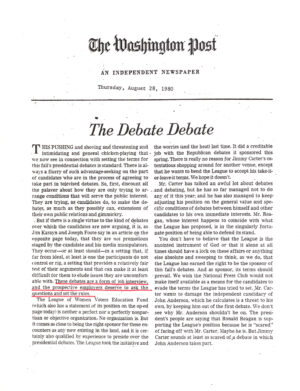 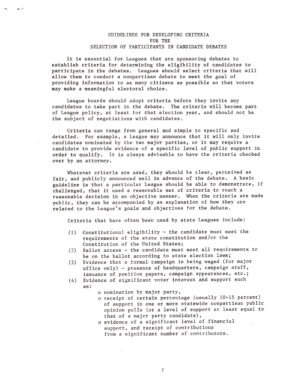 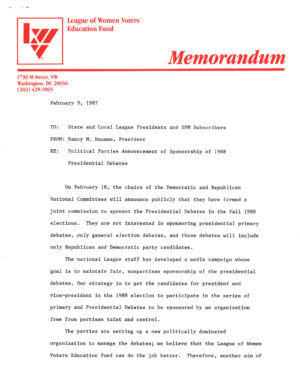 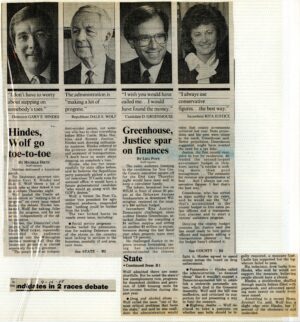 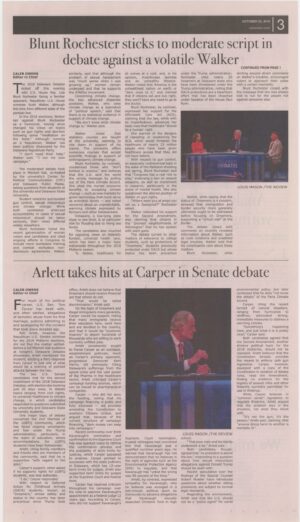 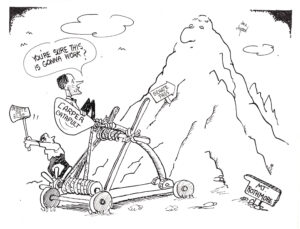