Clothing and jewelry are ways that people express themselves and their preferences. As a result, campaigns (and private citizens) have come up with a variety of ways to show their support for candidates and causes through wardrobe.

Hats have always been a common way to display political preference, particularly at rallies and national conventions. 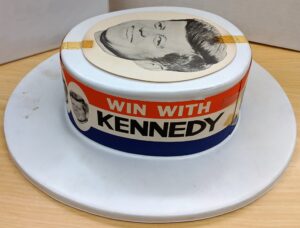 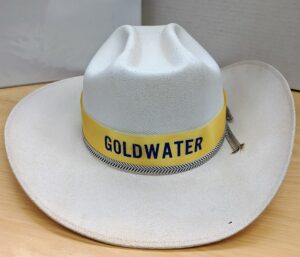 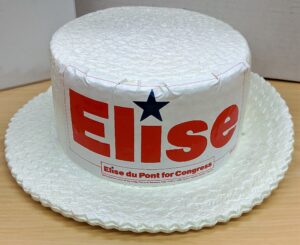 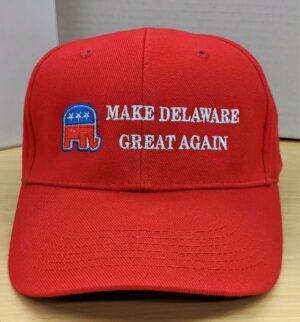 For campaigns, shirts, particularly t-shirts, are cheaply and easily produced, making them an ideal item to be given out to supporters at public events, or sold for funding campaign activities. 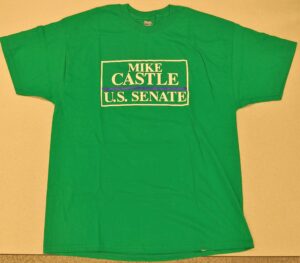 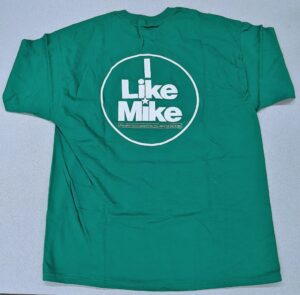 While cotton shirts are common, in the 1960s, paper dresses were a fad. Originally created by the Scott Paper Company, these cellulose buffered fabric allowed manufacturers to create "disposable" clothes that were somewhat fire and weather-resistant. Paper dresses embodied the pop culture and commercialism mindset of mid-century America. 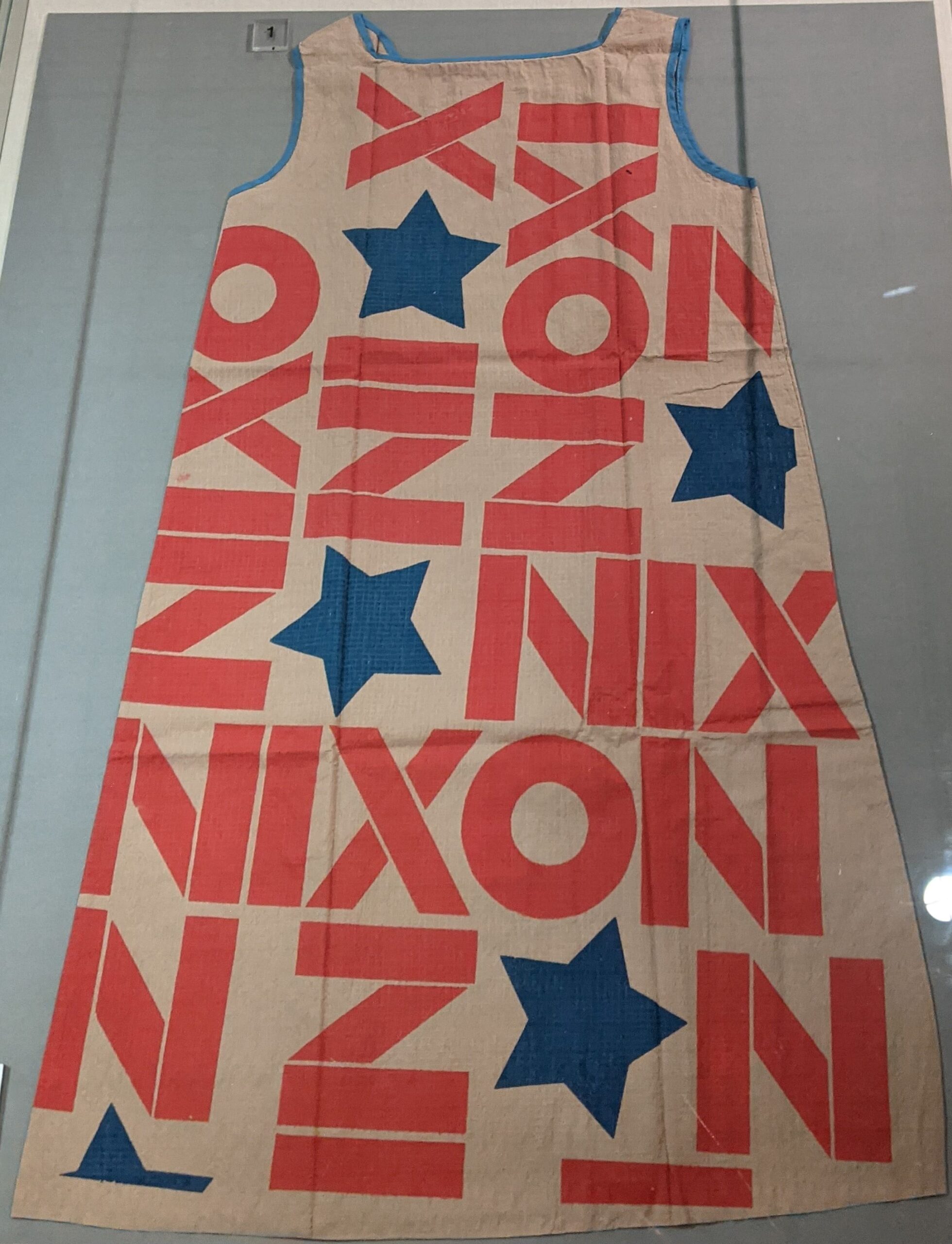 The trend extended to politics, as seen in the Mars Company Nixon paper dress from the 1968 presidential campaign. 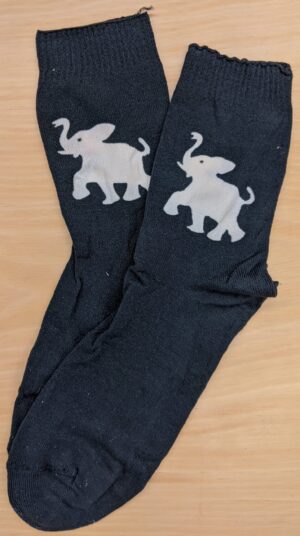 Various accessories and jewelry (other than political buttons) have also become fun ways to show support for your preferred candidate. Some items, like rubber bracelets and sunglasses, have become common campaign giveaways in recent election cycles. 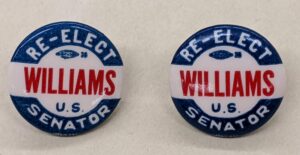 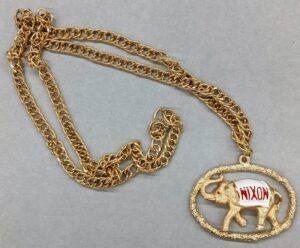 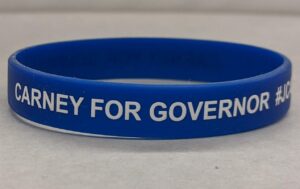 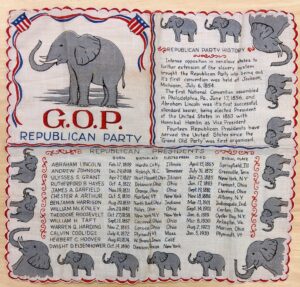