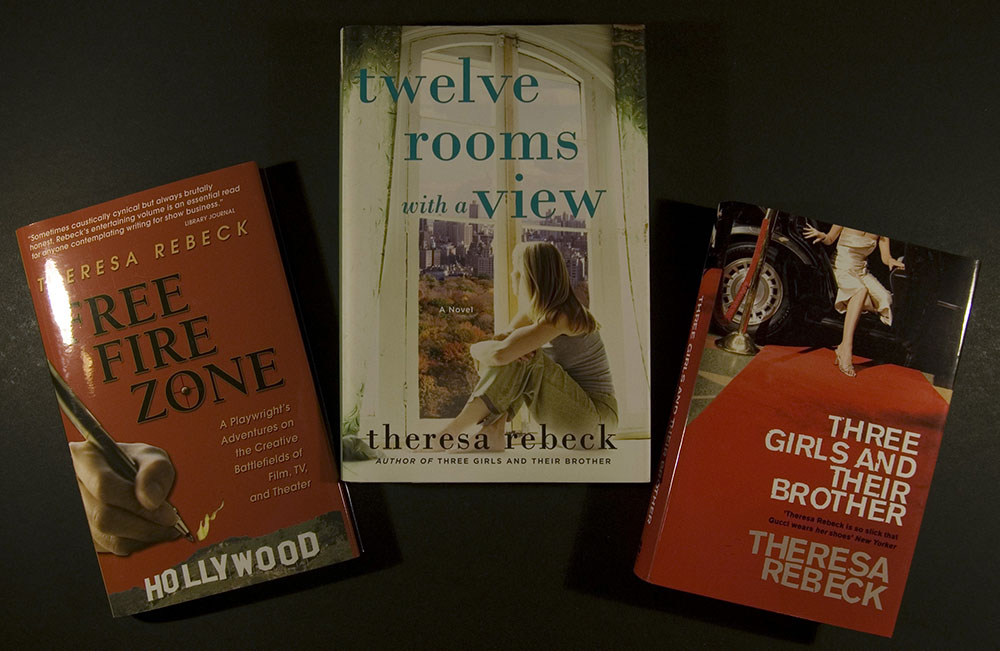 Theresa Rebeck’s witty and satirical observations have brought her success as an author as well as playwright.  Her collection of essays, Free Fire Zone: a playwright’s adventures on the creative battlefields of film, TV, and theater (2007), has been followed by three novels: Three Girls and Their Brother (2008), Twelve Rooms with a View (2010), and I’m Glad about You (2016), all of which balance the “ordinary” individual against life-changing “success,” whether through coping with agents, producers, and critics of Hollywood or unexpected inheritance or new celebrity-hood in the media spotlight.