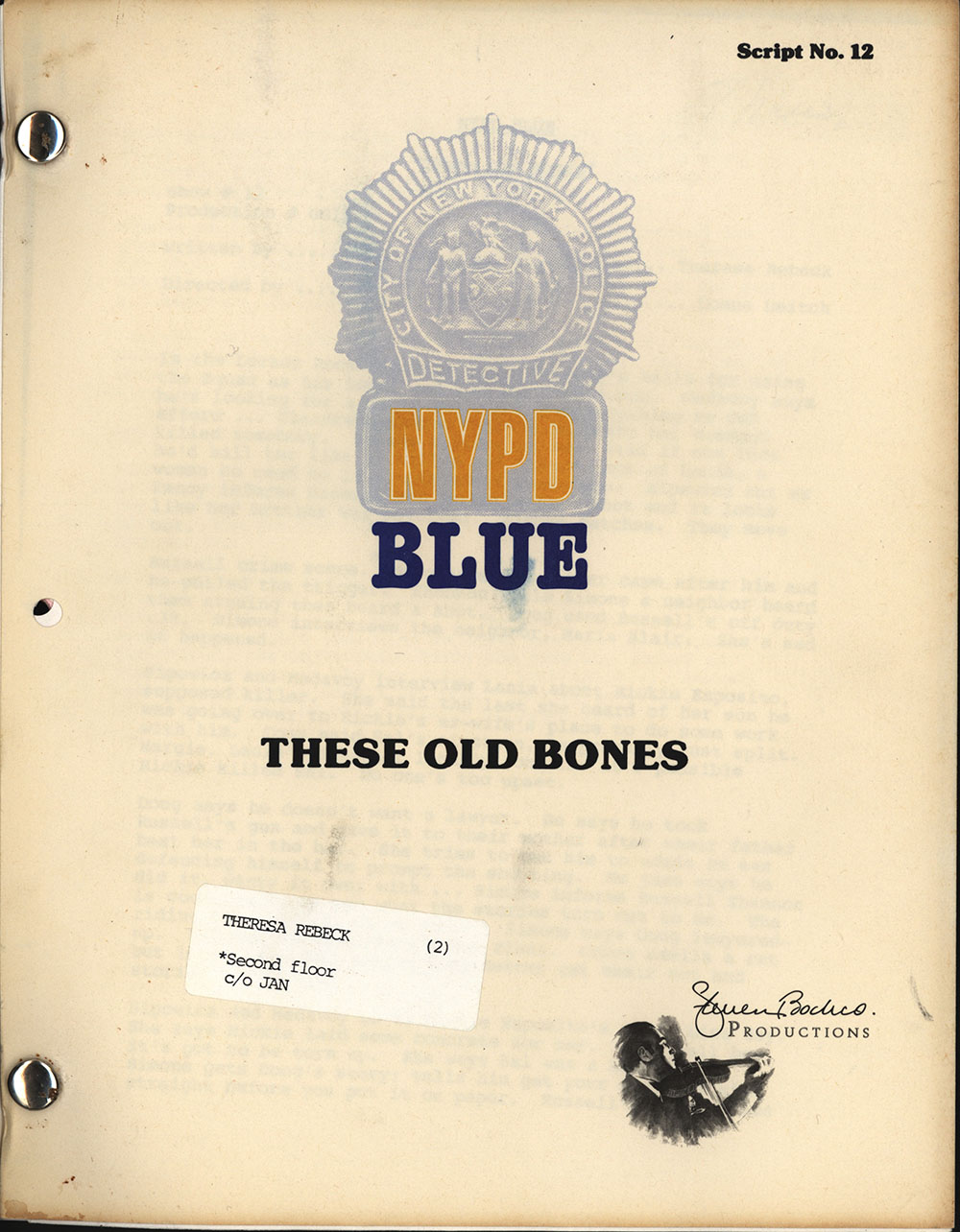 Theresa Rebeck was writer and co-producer for “These Old Bones,” an episode of NYPD Blue that aired in 1996.  This script includes revisions dating between December 6 and 19, 1995.

After NYPD Blue, Rebeck had a similar two-year success with writing and producing for Law & Order: Criminal Intent (2001-2003).