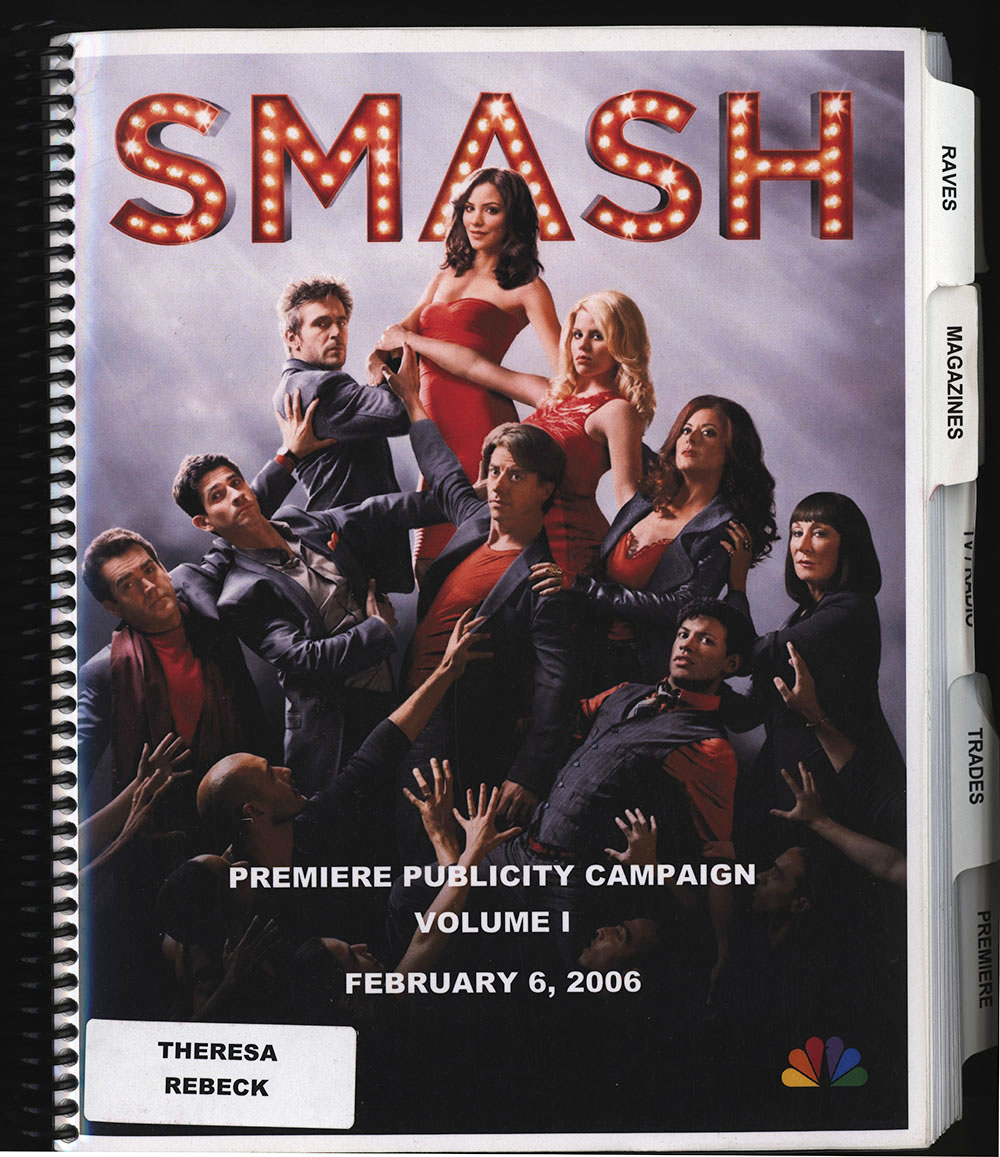 Rebeck was the creator and executive producer of Smash, an ambitious musical drama for NBC television that debuted in 2012. Described as a “backstage soap opera” by NY Times critic Charles Isherwood, Smash depicted the energetic excesses of all aspects of show business behind production of a Broadway musical.  Despite its network high profile with NBC (Steven Spielberg was executive producer), Rebeck was with Smash for only one season and the series folded after the second.