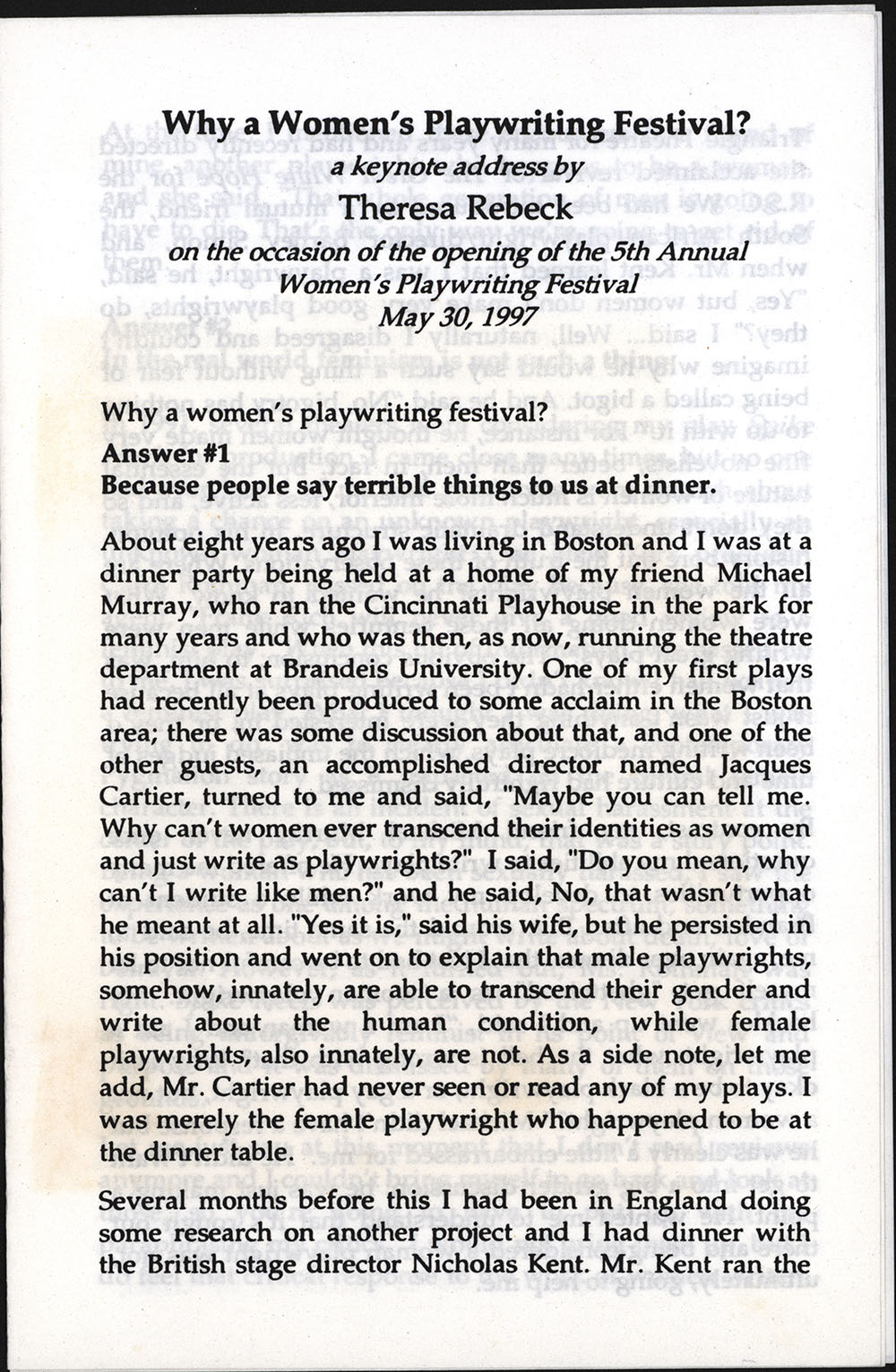 The feminist argument that Rebeck would make is that on the bottom line, women playwrights have a right and need the opportunity to be known as playwrights.  Theresa Rebeck gave the keynote address at the 5th Annual Women’s Playwriting Festival in 1997, in which she explained that she saw the situational sexual harassment in Spike Heels as a story point, not an opportunity to make a feminist point of view.  “I saw the experience as one among the human spectrum, something to be written about as we might write about death, love or betrayal.”

Supported by the Rhode Island Committee for the Humanities, the Annual Women’s Playwriting Festival was hosted by the Perishable Theatre in Providence, Rhode Island.