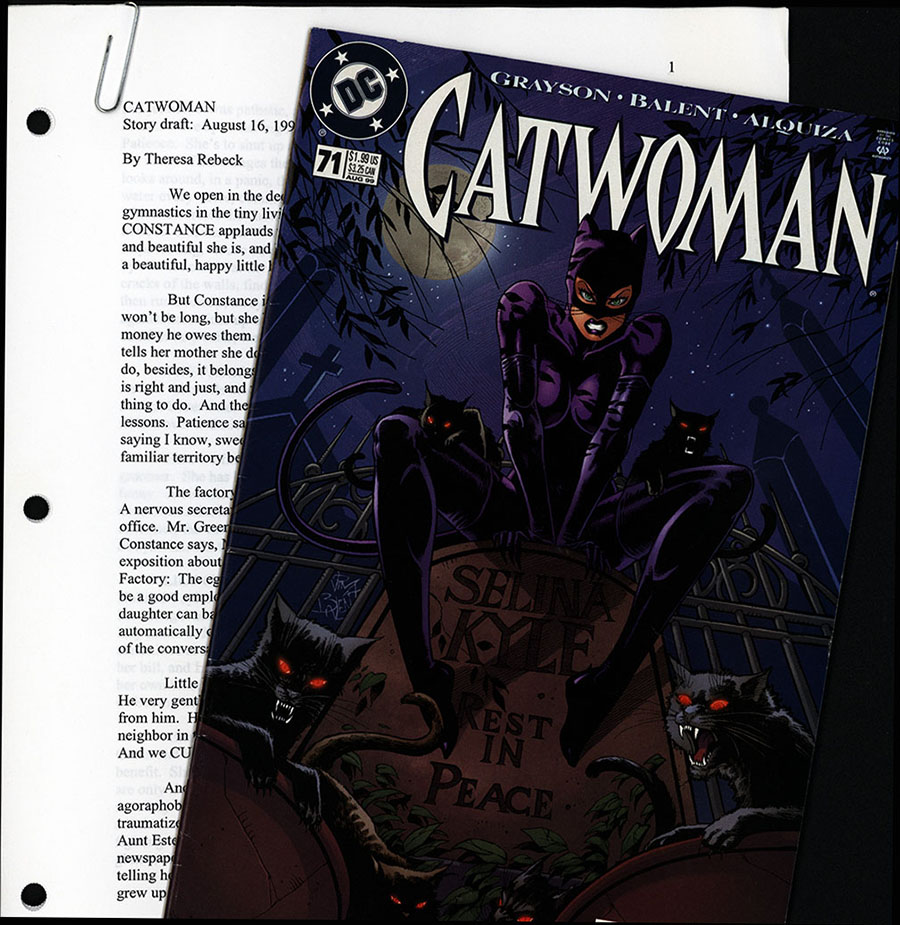 Background materials for the 2004 film Catwoman starring Halle Berry include Theresa Rebeck’s story draft and an issue of the DC Comic Catwoman.  Rebeck shared story as well as screenplay credits with John Bracato and Micahel Ferris; the director was Pitof.  Based on the character by Bob Kane, the Warner Bros. film was an unfortunate disappointment to reviewers and critics.