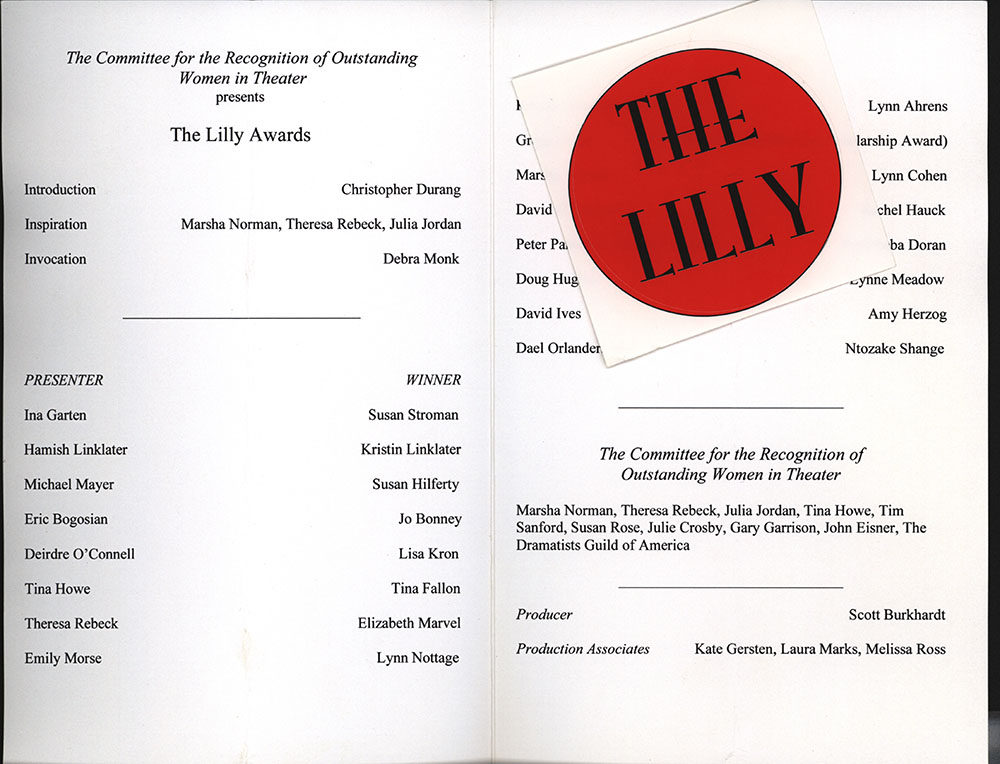 In 2010, Theresa Rebeck co-founded the Lilly Awards Foundation with her colleagues Marsha Norman and Julia Jordan to recognize outstanding women in theater and to address their invisibility as writers, directors, and actors. The purpose of the Lilly Awards is to honor, celebrate, and promote the accomplishments of women playwrights, directors, designers, and advocates in theater. In 2013 the award was expanded to recognize composers and lyricists, and the categories over the years have expanded to include categories such as the “Speaking Truth to Power,” “Activism,” “Trailblazing,” and other named tribute awards.

The award foundation is named in honor of Lillian (“Lilly”) Hellman, the American playwright who famously said, “You need to write like the devil and act like one too when necessary.”