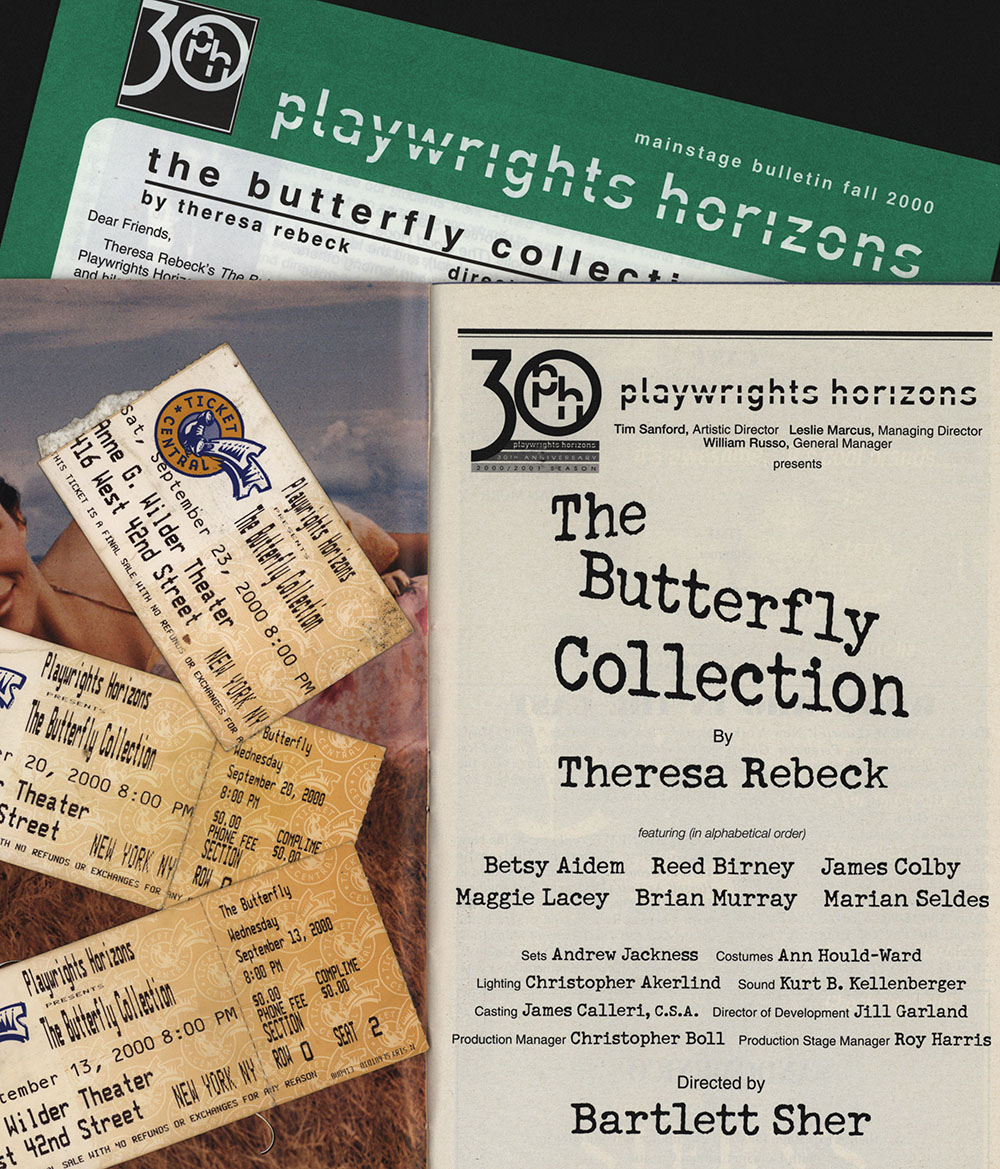 Theresa Rebeck’s The Butterfly Collection was the kick-off play for 2000 and the 30th anniversary of Playwrights Horizons, an Off-Broadway “writers’ theater” dedicated to supporting contemporary American composers, playwrights, and lyricists. In the bulletin for Playwrights Horizons, artistic director Tim Sanford described the “American spirit” of Rebeck’s play, describing characters caught in “the tension between personal responsibility and freedom, communality and individuality, material versus emotional autonomy (and by extension, physical versus spiritual, as well as sexual versus romantic fulfillment).”