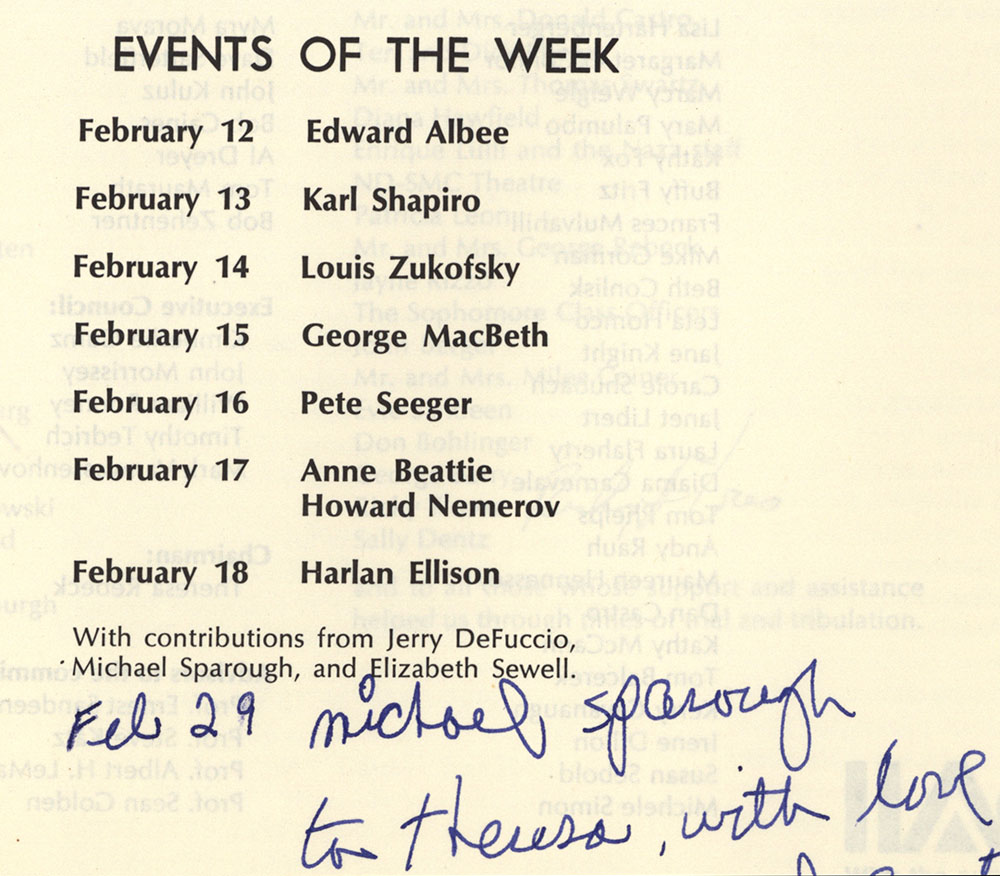 In her program introduction for the Sophomore Literary Festival, Theresa Rebeck, who was chair of Notre Dame’s acclaimed campus cultural series in 1978, pondered a response to the question of why she and her organizers were working so hard and “taking art so seriously, anyway.”  Somewhat exasperated, she acknowledged that many “ordinary” people might not see the point to art.  Perhaps, she justified, literary festivals offer encounters with artists and a chance to “find that white reality breaks up into a brilliant spectrum of something else altogether when seen through the mind of an artist.”