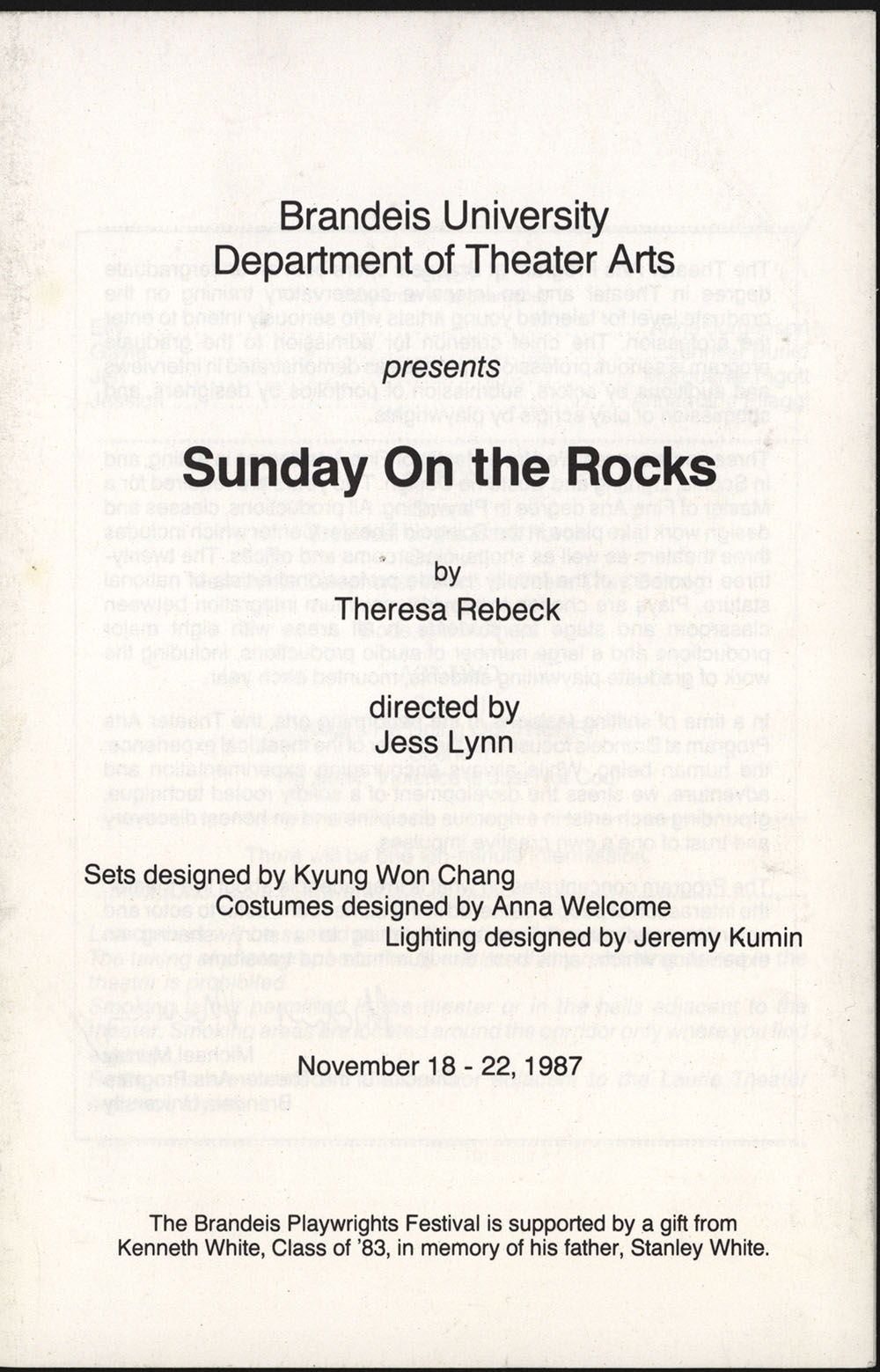 In her author’s notes for the program, Rebeck said that Sunday on the Rocks was written to continue the conversation of three women characters who appeared in an earlier one-act of hers, Breakfast on the Back Porch (1986), originally staged by Playwrights’ Platform in Boston.  She admitted liking the women and liking conversation, so she developed Sunday on the Rocks, which was her first produced full-length play.  Rebeck’s mother described Sunday on the Rocks as a play “about people struggling to live in community.”  Rebeck also wrote the screenplay for Sunday on the Rocks for an independent film directed by Joe Morton (2 Lizzies Productions, 2004).