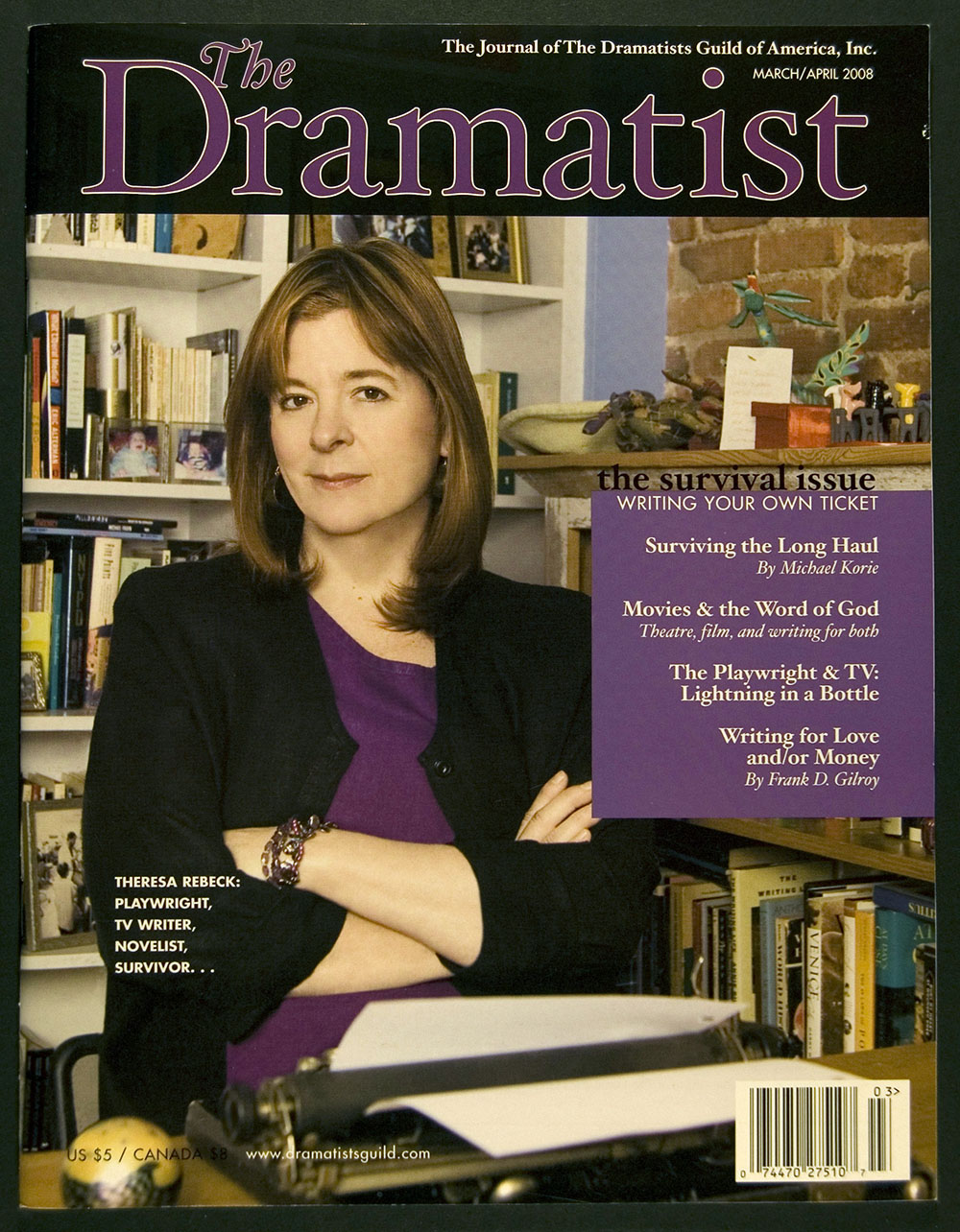 Theresa Rebeck graced the cover of the March/April 2008 issue of The Dramatist: the Journal of the Dramatists Guild of America, an issue about survival strategies of playwrights.  Rebeck became a leading voice for the practicalities of playwrights who also make a living by writing and storytelling through the medium of television.  For this issue, she participated in a panel with colleagues Julia Cho and Warren Leigh to talk with The Dramatist’s Peter Parnell. She was frank about elitism and self-consciousness from playwrights who might express their bias, “Well that person has been writing for television. They’ve sold out.”