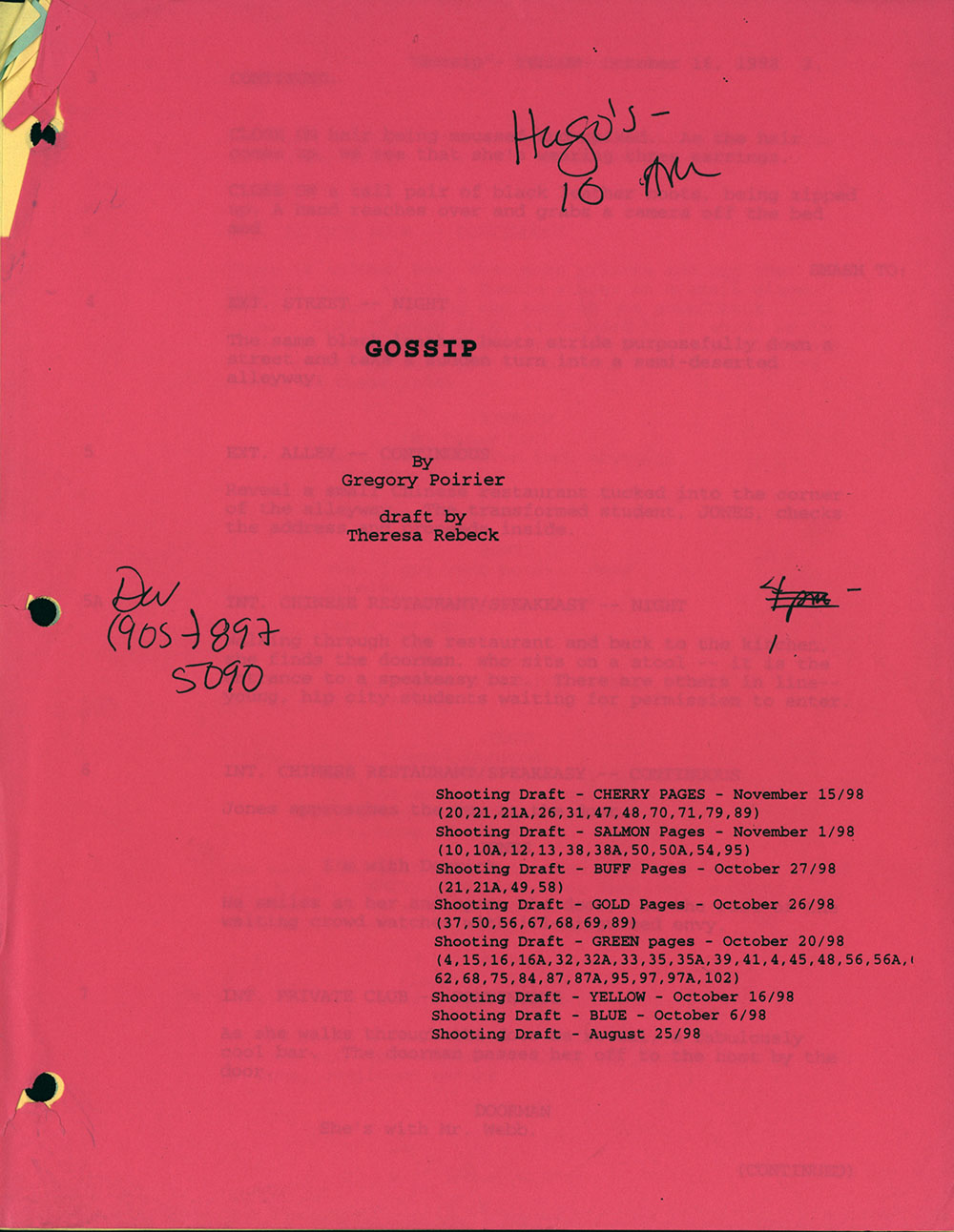 Theresa Rebeck co-wrote the screenplay with Greogory Poirier, whose story was the basis for the 2000 drama and thriller Gossip.  Exploring rumor control, date rape, sexual mores, and melodrama amongst the players in the privileged setting of a college campus, the film was directed by Davis Guggenheim for NPV Entertainment and Outlaw Productions.

This shooting draft includes revisions dating between August 25 and November 15, 1998.