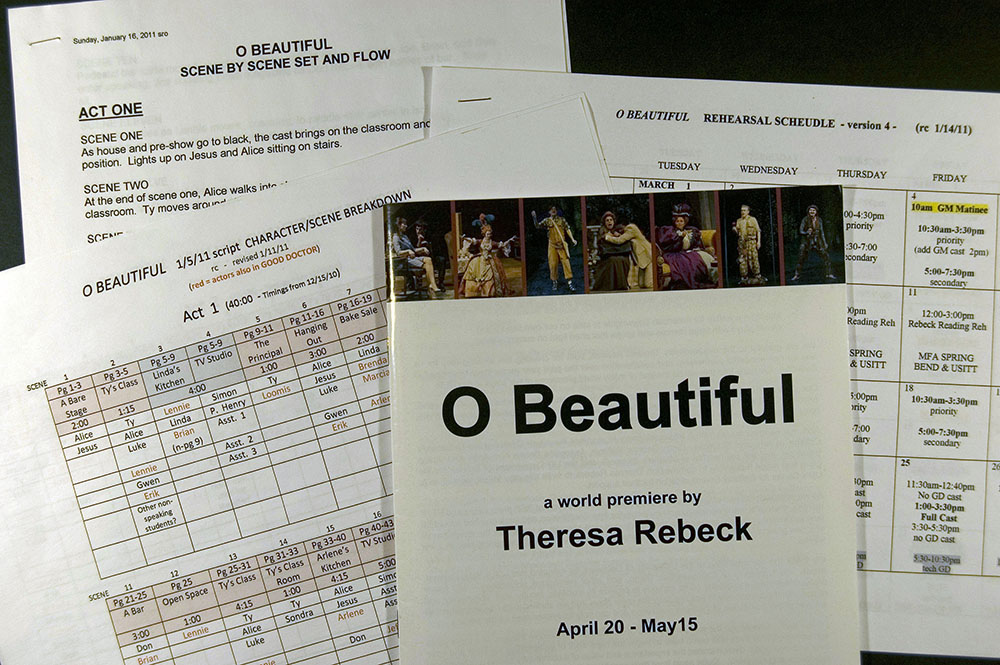 Rebeck, Theresa, Technical notes and program for world premiere of O Beautiful by the Resident Ensemble Players at the University of Delaware, 2011
View Metadata

Shown here are technical notes for rehearsals and a program for O Beautiful, the 2011 world premiere of Rebeck’s play, directed by Sanford Robbins and performed by the Resident Ensemble Players (REP) at the University of Delaware.

Theresa Rebeck was Playwright-in-Residence with the REP in 2010-2011, and she was commissioned with a Unidel Foundation grant administered by the Interdisciplinary Humanities Research Center to write a play for the ensemble company of 10 Equity actors.  O Beautiful blends American history and contemporary issues: it is an abortion dilemma with a rape victim counseled by an empathetic and non-partisan Jesus, with references to high school bullying, suicide, gun rights, and Tea Party politics.  O Beautiful was written shortly after the 2010 primary election upset in Delaware by Tea Party candidate Christine O’Donnell.

Rebeck returned to Delaware in 2013 for Fever, also written for the REP, and in January-February 2017 to direct The Bells.