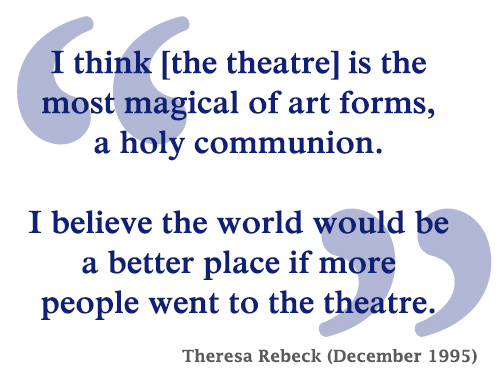 The strong, independent voice of Theresa Rebeck, cultivated in childhood as described by her mother in a family profile for the Cincinnati Post (November 23, 1983), is at the heart of Rebeck’s passion for theatre and advocacy for the creative work of playwrights.

Rebeck’s statement about the magic of theatre appeared in an opinion piece for American Theatre (December 1995) justifying her work as a television writer.  TV provided her steady and well-compensated employment, affording Rebeck the opportunity to continue creative satisfaction (albeit with less-dependable income) in playwriting.