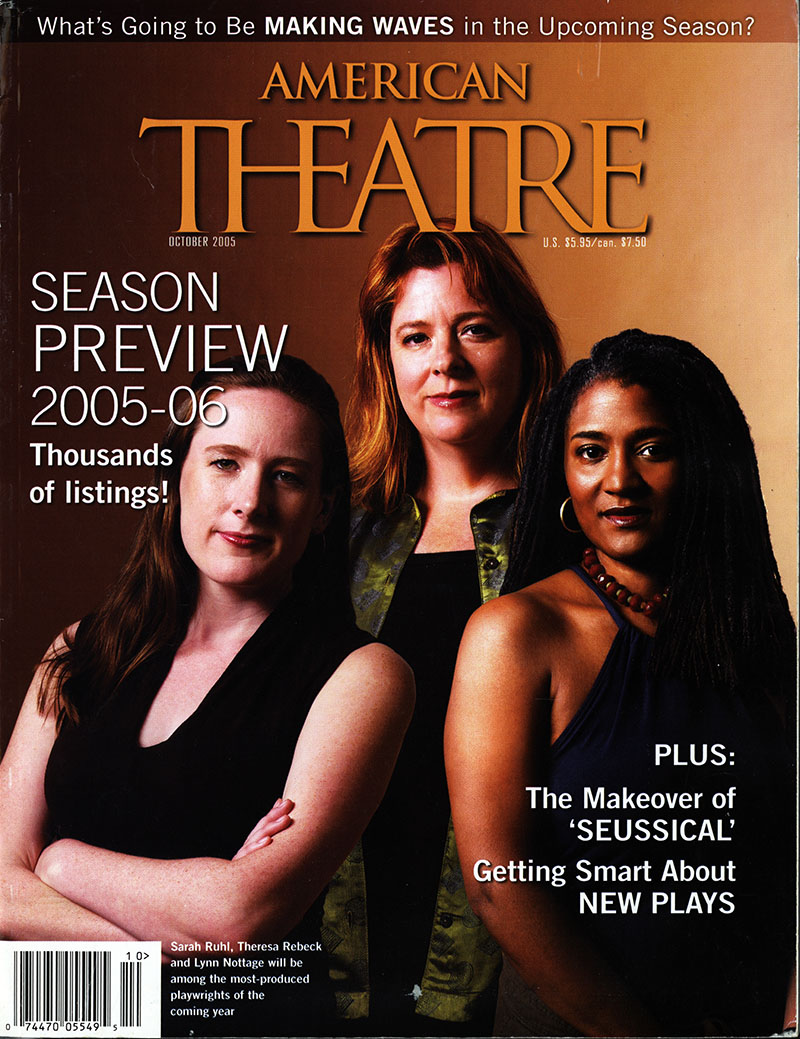 Theresa Rebeck, along with Sarah Ruhl and Lynn Nottage, made the cover of American Theatre in October 2005 for notice “among the most produced playwrights of the coming year.” Sarah Hart’s profile for this issue examined Rebeck’s success as a widely produced playwright, able to make contemporary theatre goers “laugh or shudder (or both)—or see the human condition with fresh eyes.”

In “A Date with Theresa Rebeck” (American Theatre, October 2005), Hart recognized Rebeck’s academic grasp of dramatic structure from familiarity with the classics of Shakespeare, Molière, or Chekhov.  But Hart also highlighted the conversational power of Rebeck’s “straight-talking plays.  Anger, pathos, danger and comedy slam against one another in Rebeck’s work.”