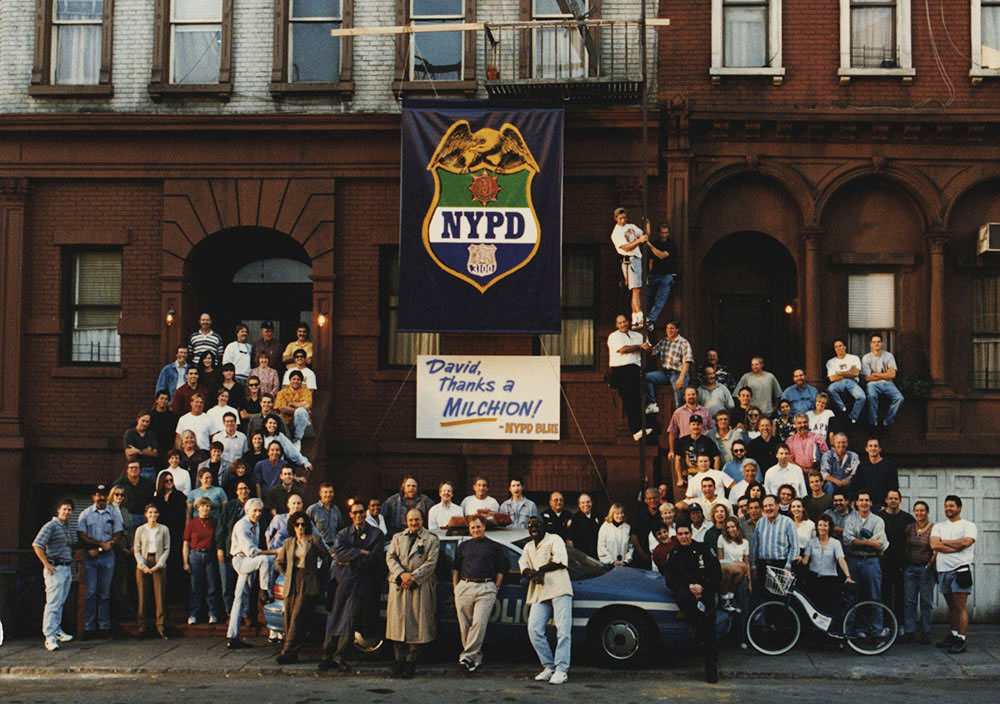 Photograph of cast and crew of NYPD Blue, circa 1995-1997
View Metadata

Theresa Rebeck wrote and produced for the long-running television series NYPD Blue between 1995-1997.  She received co-producer credits for 22 episodes, 1995-1996, and producer credits for 22 episodes, 1996-1997.  Rebeck was honored with the Mystery Writers of America Edgar award, the Writer’s Guild of America award for Episodic Drama, the Hispanic Images Imagen award, and the Peabody award, all for her work on NYPD Blue.

This photograph of the cast and crew of NYPD Blue, probably taken during the period of her association with the show (1995-1997), was taken on an occasion acknowledging David Milch, co-creator with Steven Bochco of the series.  Theresa Rebeck was co-creator with Milch and Bochco of a later, short-lived television series, Total Security, which aired 13 episodes in 1997.