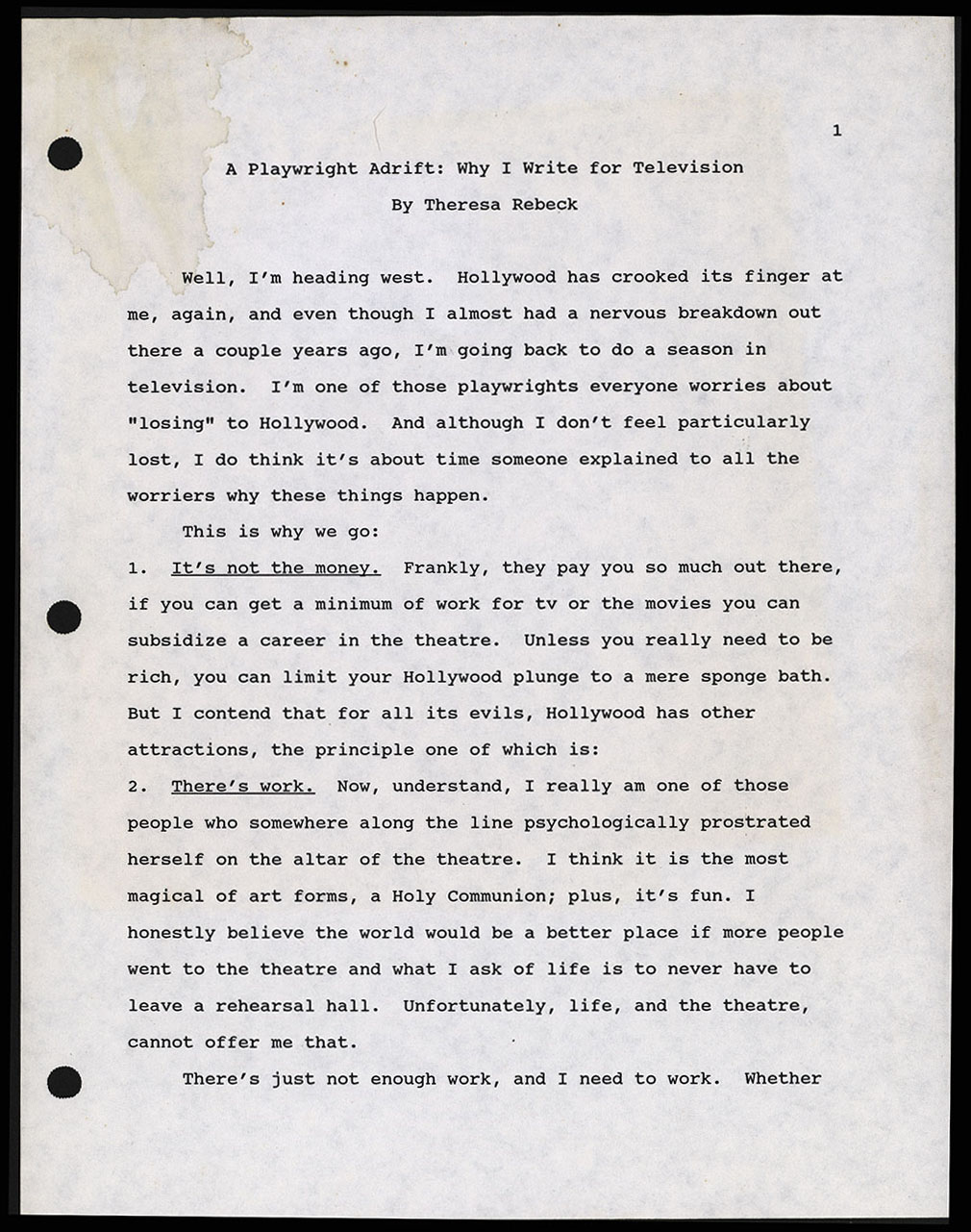 Rebeck, Theresa, Typescript draft of “A Playwright Adrift: Why I Write for Television,” 1995
View Metadata

In the December 1995 issue of American Theatre, not long after she began writing for NYPD Blue, Theresa Rebeck wrote a column “Why I Write for Television.”  The defensive position of a dramatist justifying work for hire beyond the high art of the theatre was not a new point of view, yet Rebeck’s article revived the debate.

Rebeck acknowledged the economic hardship of making of a living as a playwright, the psychological as well as financial reward of being paid for production-oriented and completed television projects, the decline in stature and independence of playwrights in the theatre, the elitism of theatre and the unaffordability of tickets for the non-rich, the (slightly) improved opportunity for women writers and producers in Hollywood, the dominance of critics in acceptance or rejection of new dramatic work, and the undeniable benefit of being compensated enough from one line of work to support ongoing creative work as a playwright.