Previous
Online Exhibitions   »   Will H. Bradley, an American Artist: Selections from the Gordon A. Pfeiffer Collection   »   The Chap-Book

A chap-book is a small, short booklet with paper covers, designed to be inexpensive. The form appeared in Europe in the 16th century, peaking in popularity in the 18th century. It was appropriated in later years by artists and writers wishing to convey a particular aesthetic sense.

In his early professional career, Will Bradley contributed art to The Chap-Book, a periodical published in Chicago. In 1904, Bradley, in conjunction with the American Type Founders Company (ATF), produced The American Chap-Book, which can be seen in the case to your right. As part of this endeavor, Bradley designed two series of illustrations, the Chap-Book Cuts and the Mission Toys, in the thick-lined, woodblock-inspired style of early American printing. In the catalog that announced their debut, the ATF described the Chap-Book Cuts as “not electrotyped, but are cast on solid and accurate point body from deep, clean cut matrices, the same as type, thus insuring perfect printing.”  These designs and other Bradley work were available from ATF for many subsequent years. 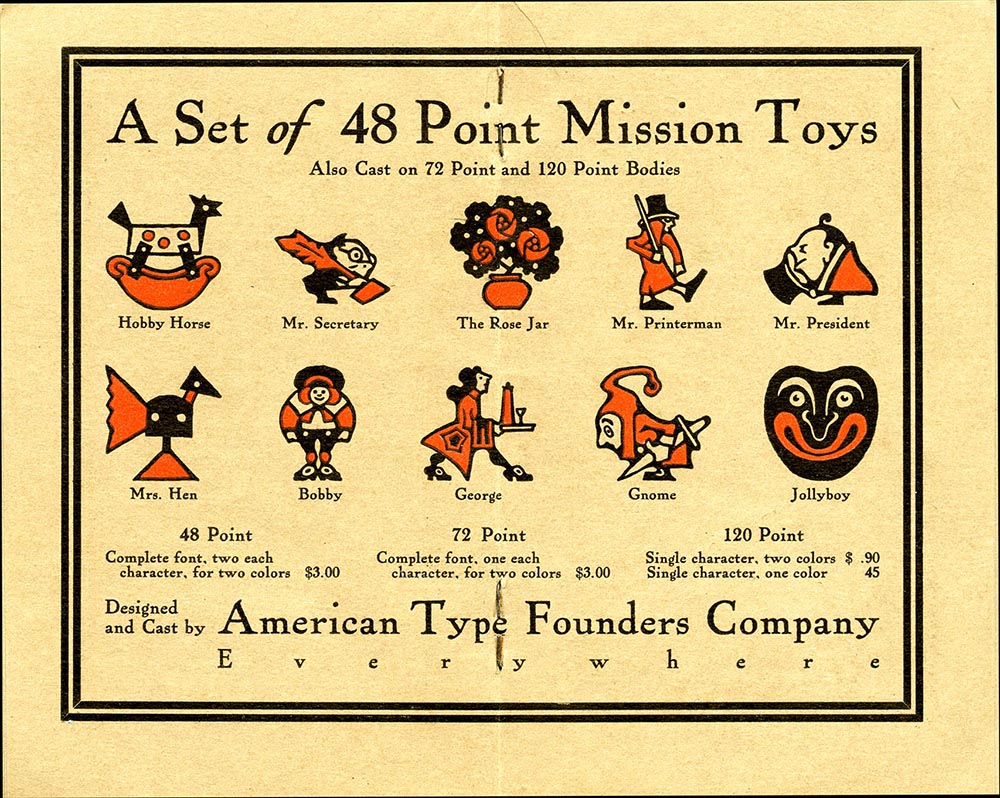 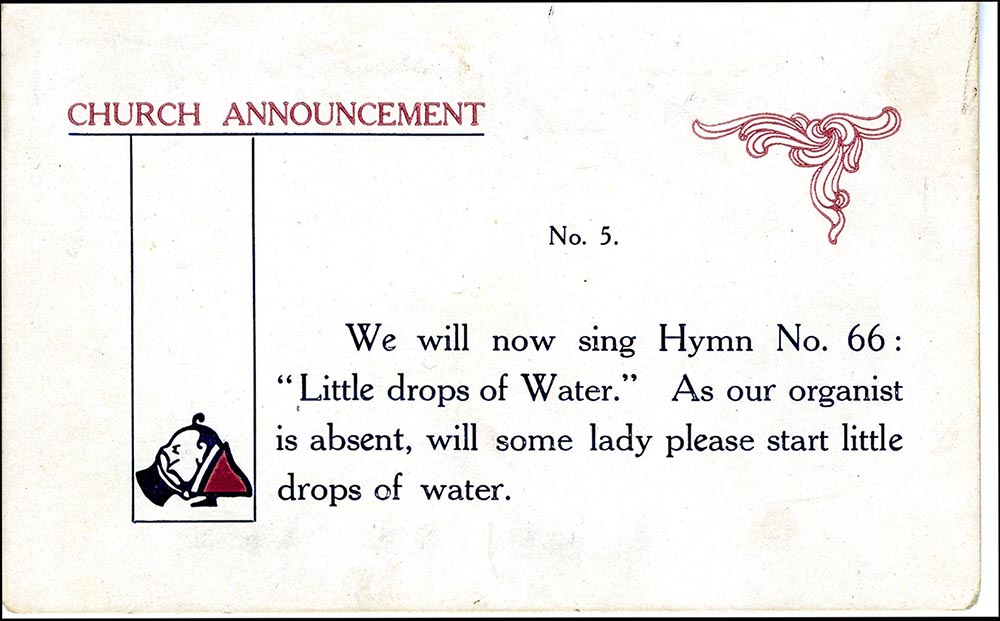 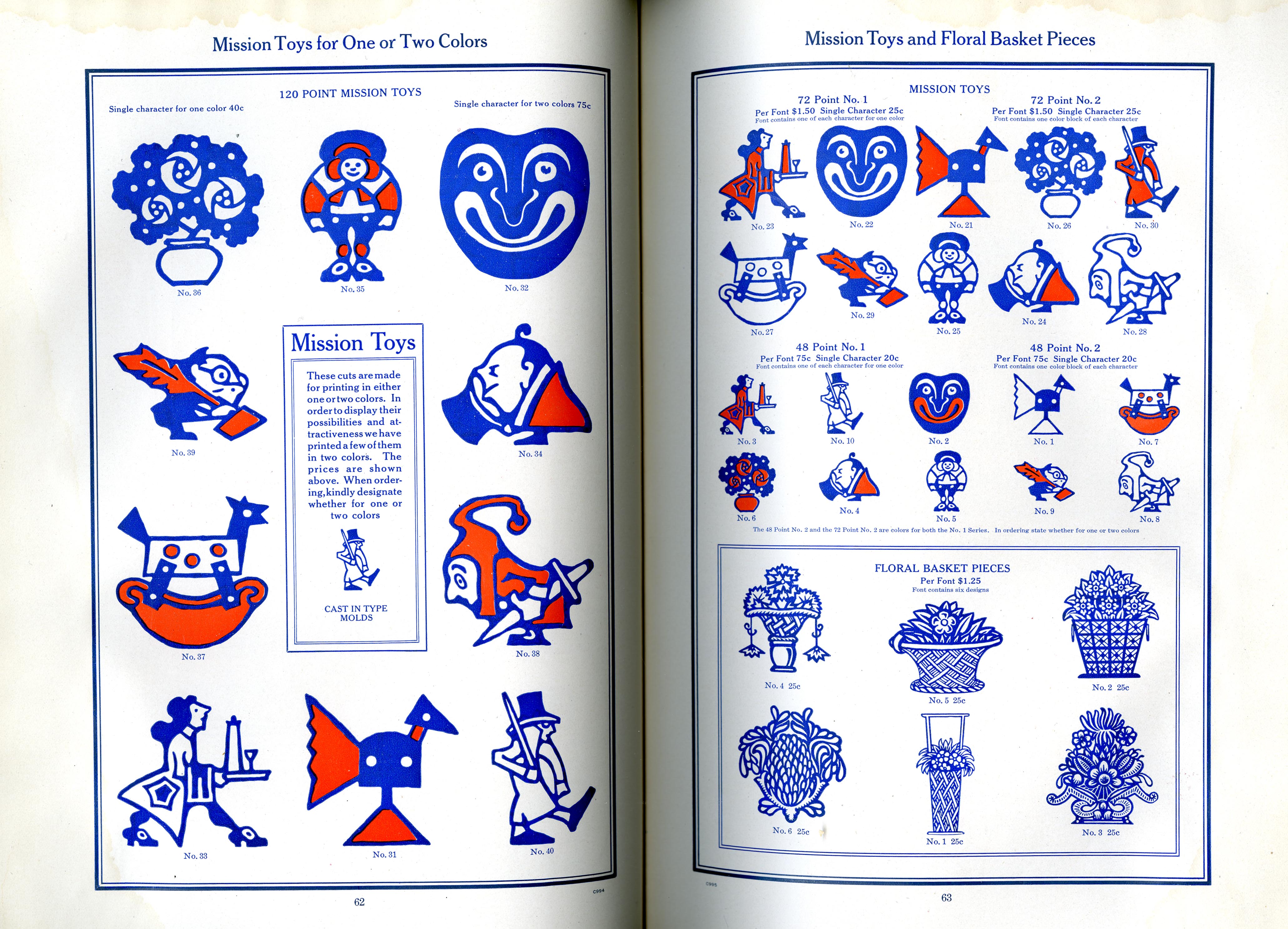