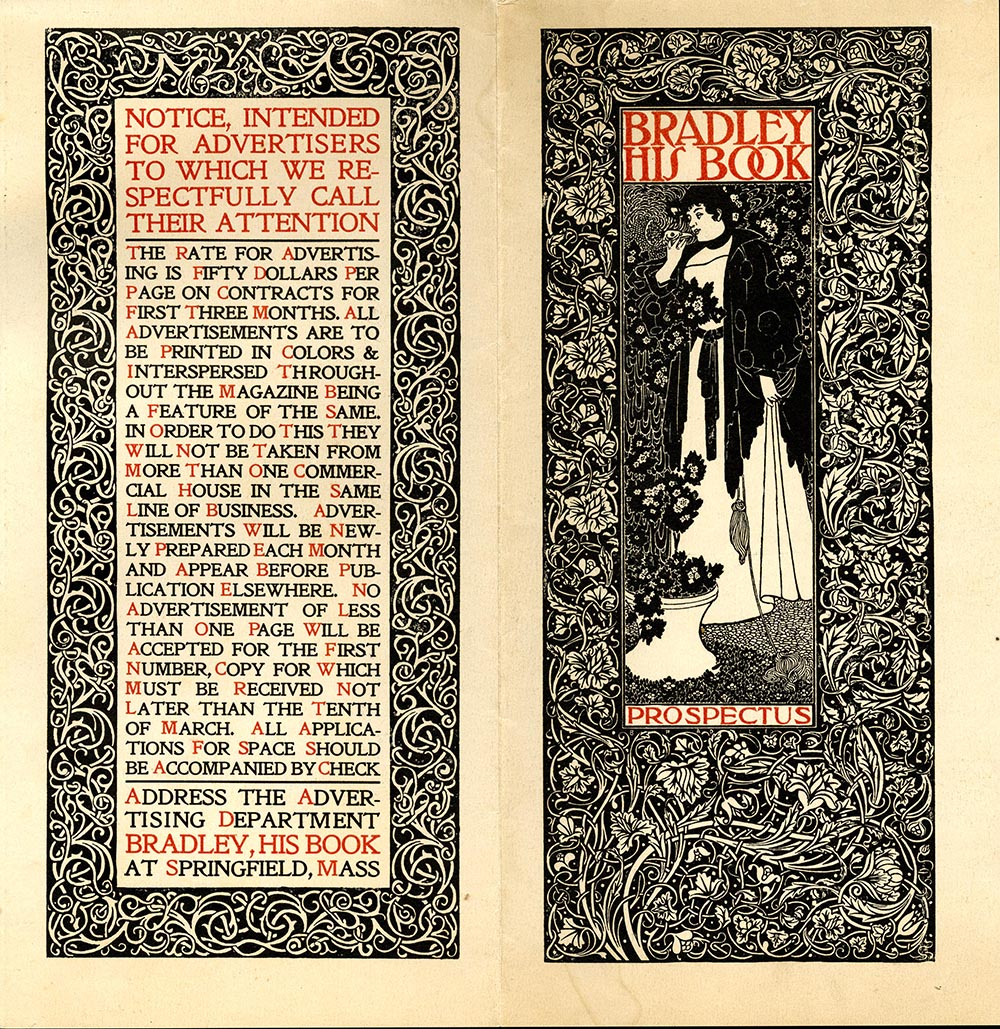 In January 1896, Will Bradley formed the small Wayside Press in Springfield, Massachusetts. One of his most ambitious projects was the publication of Bradley: His Book. In the prospectus, Bradley describes it as: “a little magazine of interesting reading, interspersed with various bits of art, and privately printed at the Wayside Press[,] Springfield, Mass.” Contributors to the first issue included prior collaborators Nixon Waterman and Harriet Monroe. The first issue was also dominated by advertisements created by Bradley for past clients, such as the Michigan Stove Company, American Type Founders, and Ault and Wiborg. All 10,000 copies of the issue sold out before it was published. Bradley produced 25,000 copies of a more text-heavy second issue in June. He also included a greater number of illustrations from other artists, such as William Morris and Aubrey Beardsley. The letter from Bradley to Roy L. McCardell shown here foreshadows the difficulties to come: “My only excuse for not writing is that of late I have more to attend to than I can manage.” 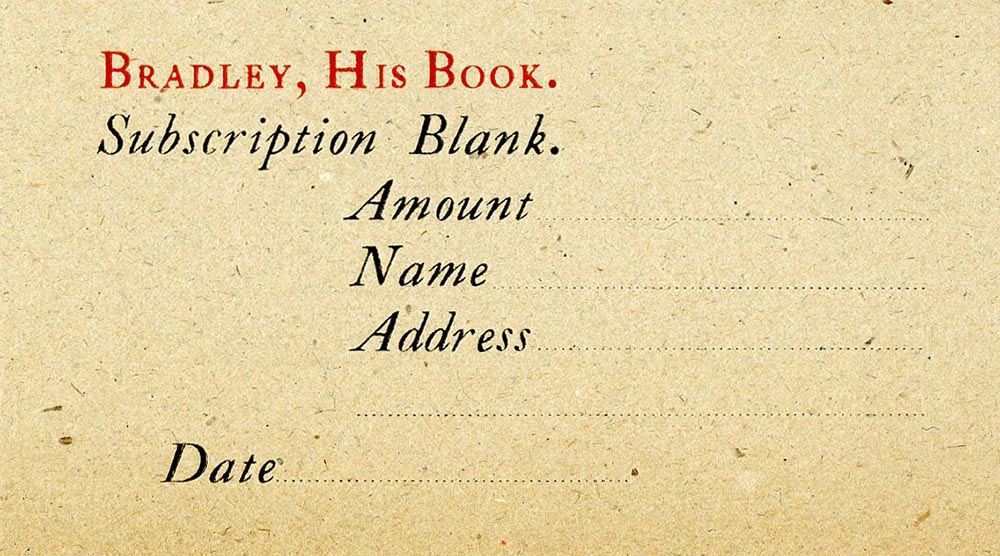 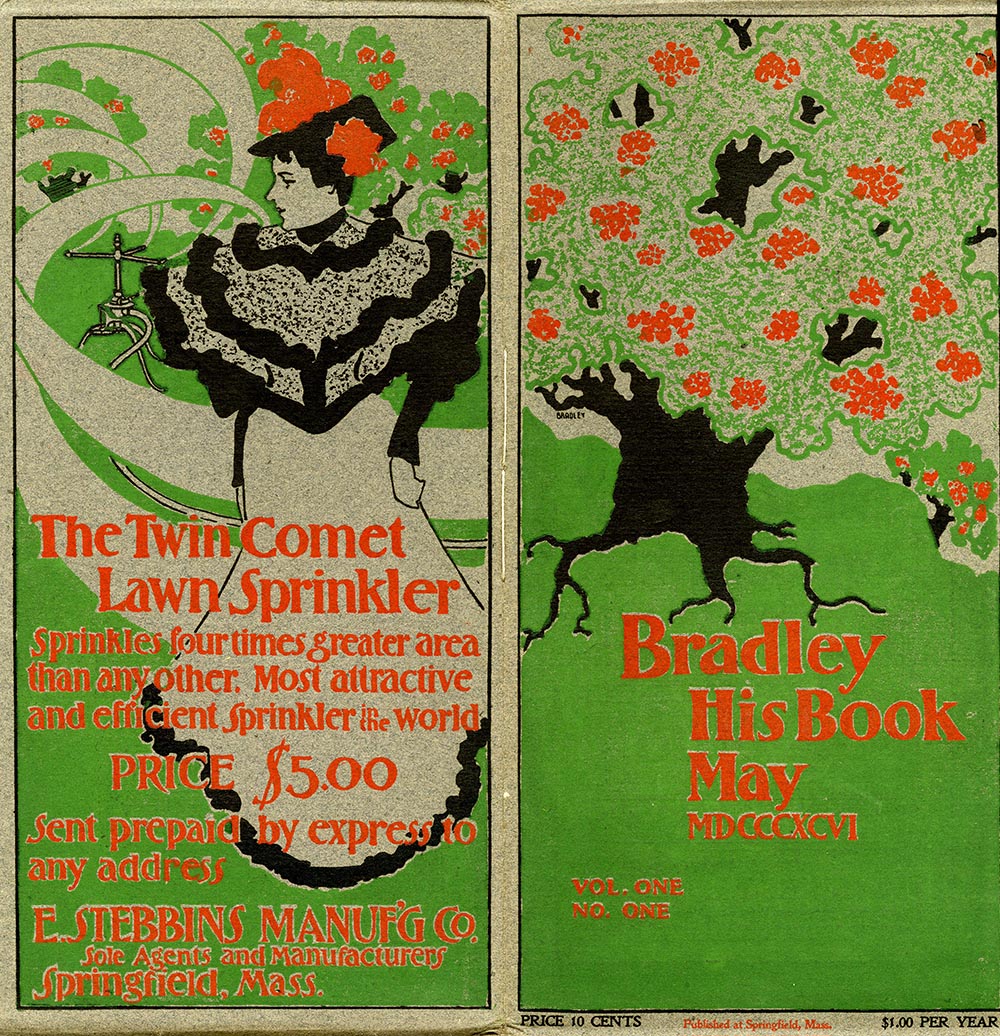 “Down the road they came,” illustration of “Folly, Crime, and Truth” from Bradley’s “The Echo of a Dream,” Bradley: His Book, Vol.1, No. 2. Springfield, Mass.: Wayside Press. June 1896.
View Metadata 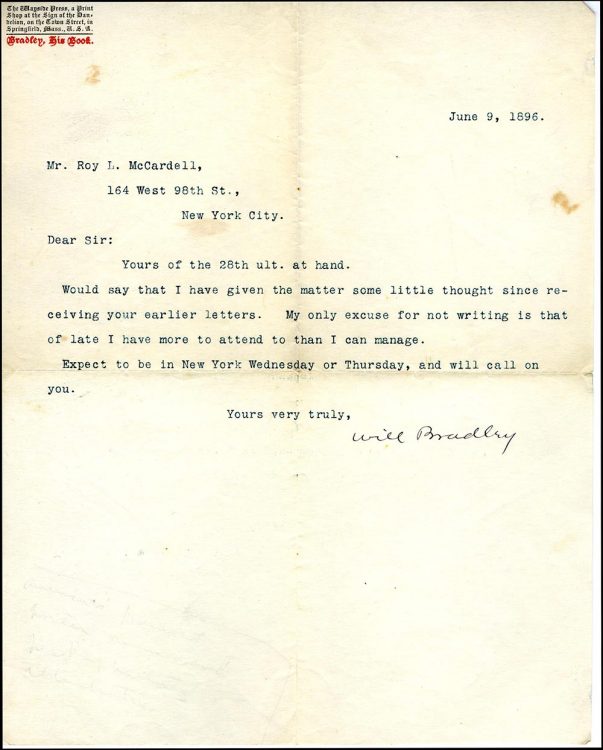 Letter from Will Bradley to Roy L. McCardell on Bradley: His Book letterhead, June 9, 1896.
View Metadata 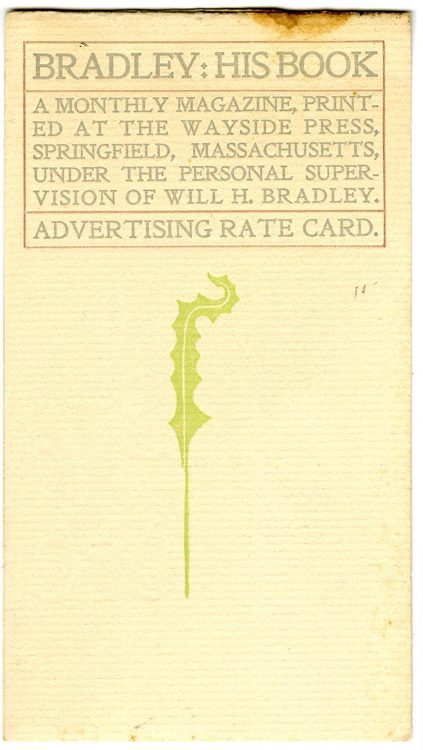 Small advertisement and advertising rate card for Bradley: His Book, circa 1896.
View Metadata 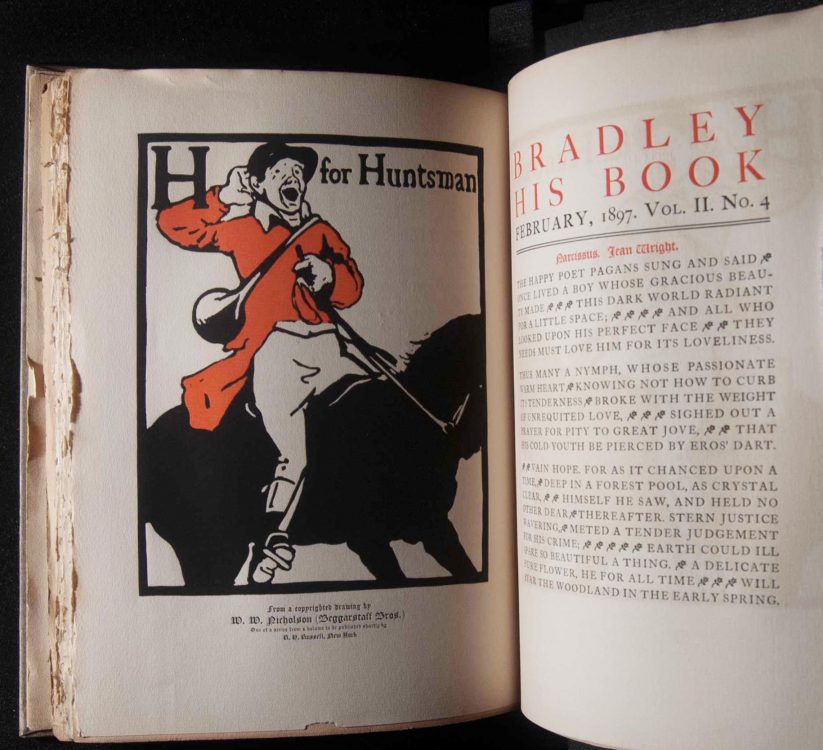