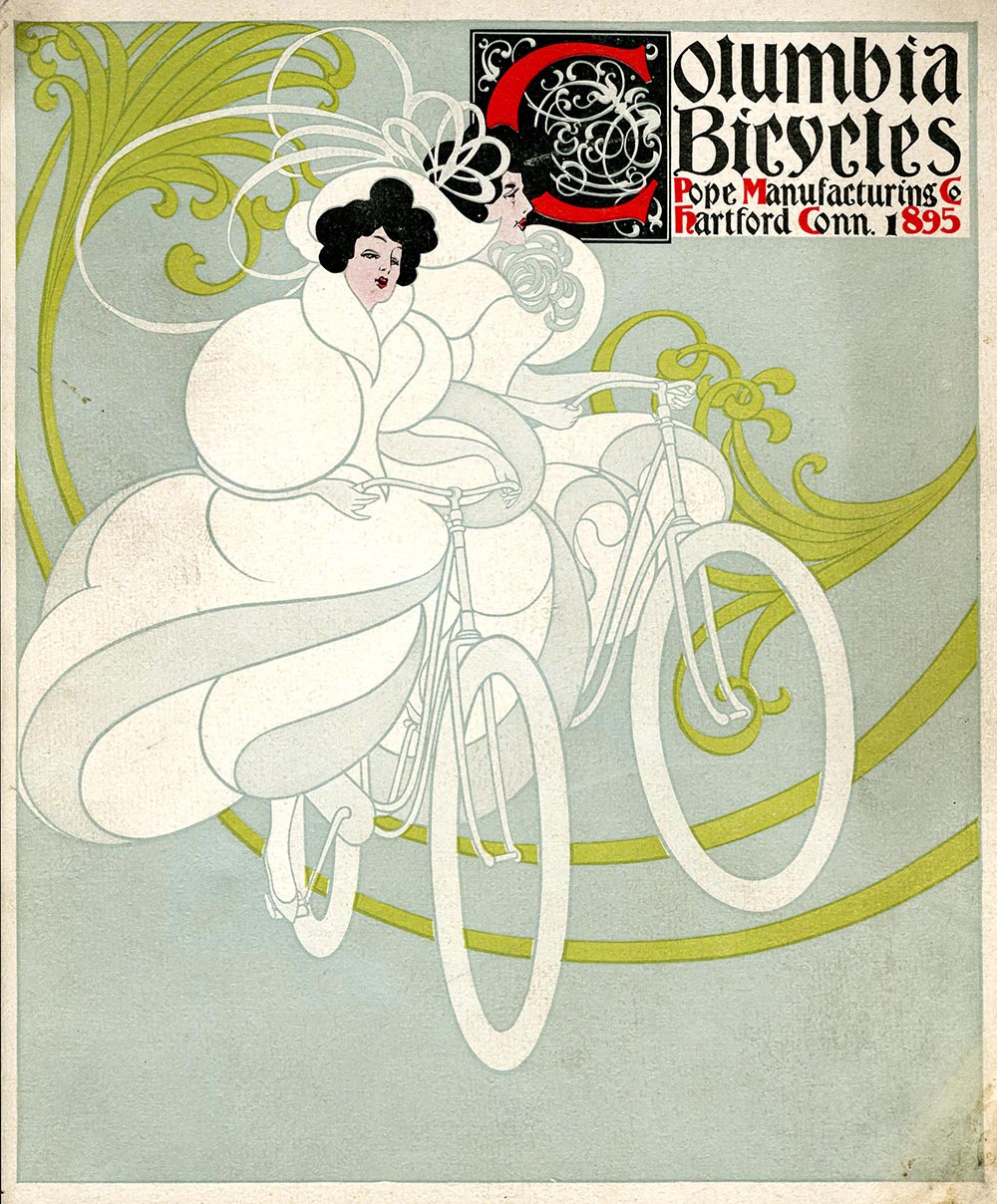 Some of Will Bradley’s most famous design work sits at the nexus of two popular late nineteenth-century movements, the poster craze and the rise of bicycling, particularly as an activity for women. Bradley’s move from Chicago to Springfield, Massachusetts, brought him more clients in the Northeast. After his 1895 catalog design for Columbia Bicycles, other bicycle manufacturers hired him to create their advertising campaigns. Bradley’s most prolific and significant work was for the Overman Wheel Company, the producers of Victor and Victoria bicycles. Several of the catalogs are also significant for being designed and printed by Bradley at his own Wayside Press and its later incarnation, The University Press.

Note the use of the Caslon typeface in the Victor Bicycles catalog text. Bradley lauded Caslon as “the only face of Roman type which seems appropriate to antique paper.” He used it extensively in his Wayside Press work, including his own publication, Bradley: His Book. The curators’ use of Caslon in the label text of this exhibit is a tribute to Bradley’s fondness for the typeface. 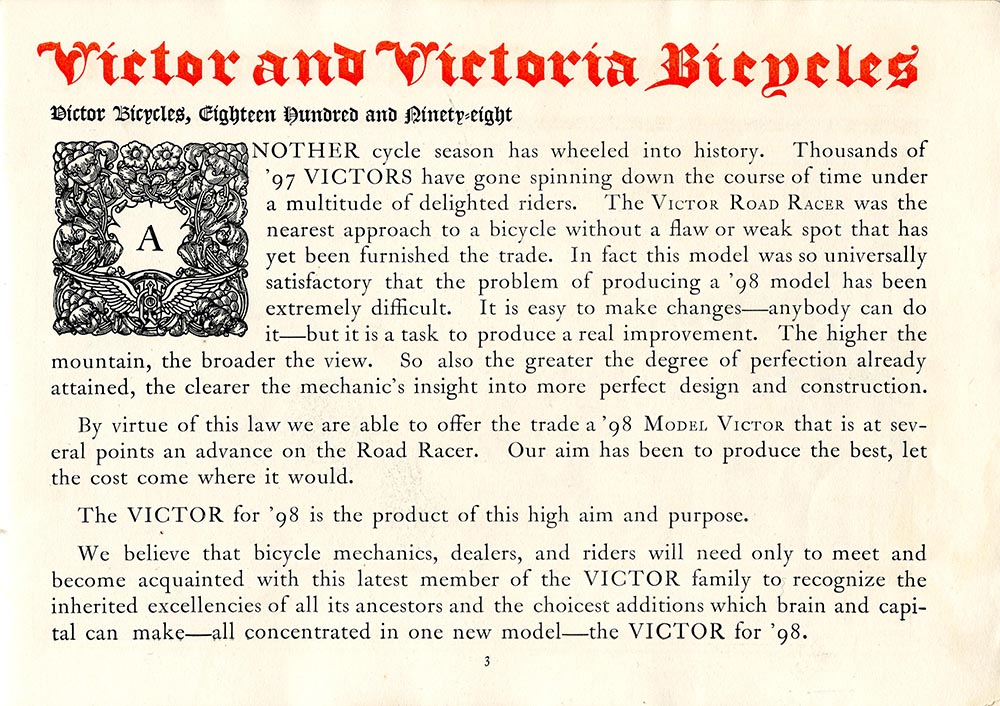 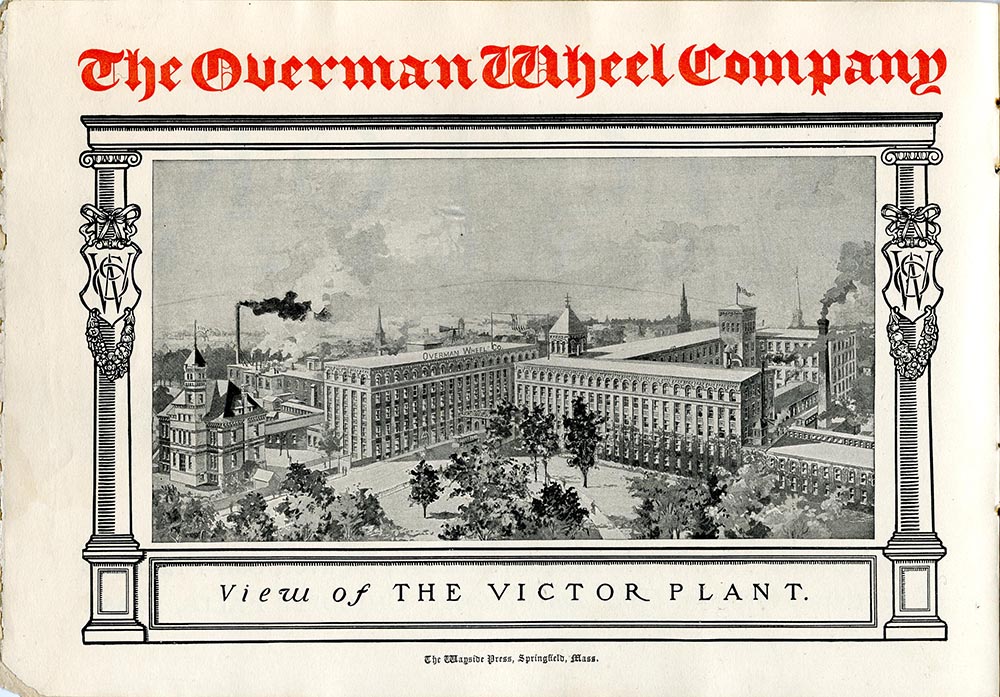 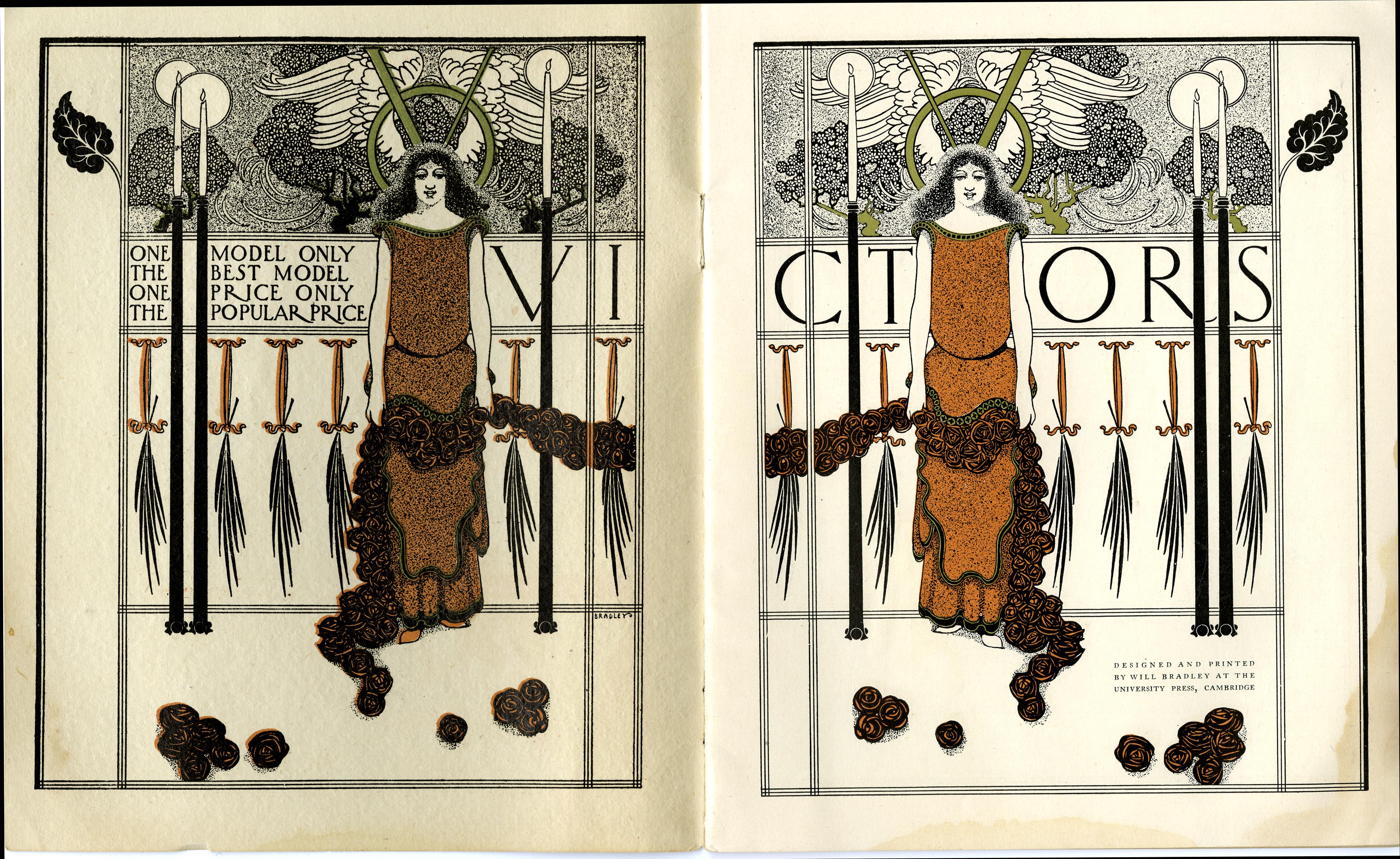