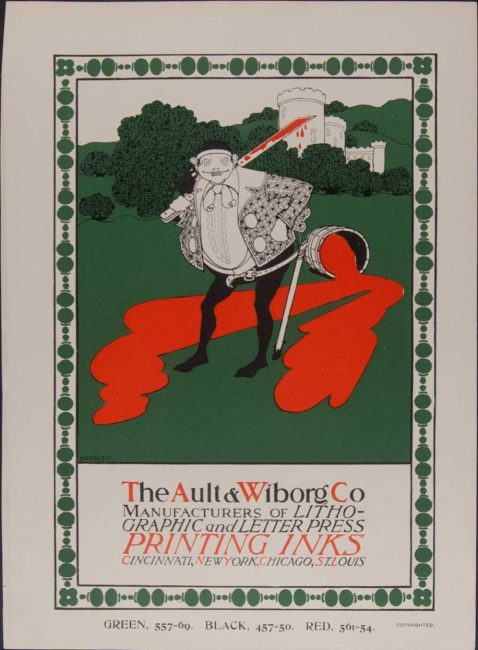 The Ault & Wiborg Company was a manufacturer of printing inks based in Cincinnati, Ohio. They engaged Will Bradley to create his first advertisement for the company in April 1895. Like Bradley’s work for The Inland Printer itself, his association with Ault & Wiborg lasted sufficiently long that you can see substantial stylistic differences between his earliest and latest commissions. Despite stylistic changes, some motifs recur in Bradley’s designs; the Pierrot character, as seen in the October 1897 advertisement, makes several additional appearances in Bradley’s body of work. Ault & Wiborg released a book collection of their artistic advertisements in 1902. Twenty of Bradley’s designs, including two color variants, were featured.