Although primarily an artist and designer, Will Bradley occasionally produced essays and fictional works. Between April and May of 1905, Bradley published the three-part play “Castle Perilous” in Collier’s Weekly. The fantastical story was the first of his works aimed directly at children, but it was doomed by difficult language that made it inaccessible to young readers.

The book Peter Poodle: Toy Maker to the King followed in 1906. Although a more child-friendly narrative written by Bradley and accompanied by his illustrations, the book was also unsuccessful. It was not reprinted, but the art was repurposed several times; Bradley himself designed the children’s game Pipers-3 in 1931 and used a slightly modified Peter Poodle illustration for the box cover.

Unfettered by his setbacks, Bradley continued producing works for children. His story “Joyville” appears in the May 1911 issue of Success, asserting: “This page is for Little Folks. It tells how to have a fine time next Fourth of July. No Fire Crackers and no Cap Pistols to blow off Fingers and put out Eyes. Just a fine big Circusy kind of a day.”  Success was one of the six magazines to which Bradley acted as a consulting art editor during this time.

By 1915, Bradley was serving as the art director and frequent cover artist for Century Magazine and St. Nicholas, both former Scribner & Company publications that now belonged to the Century Company. St. Nicholas was a magazine with content entirely for children. Beginning in December 1915 and continuing for nearly a year, Bradley contributed an illustrated “Wonder-Box Story” to each issue. The fairy tale-like stories were ultimately collected and published in a book by the Century Company. 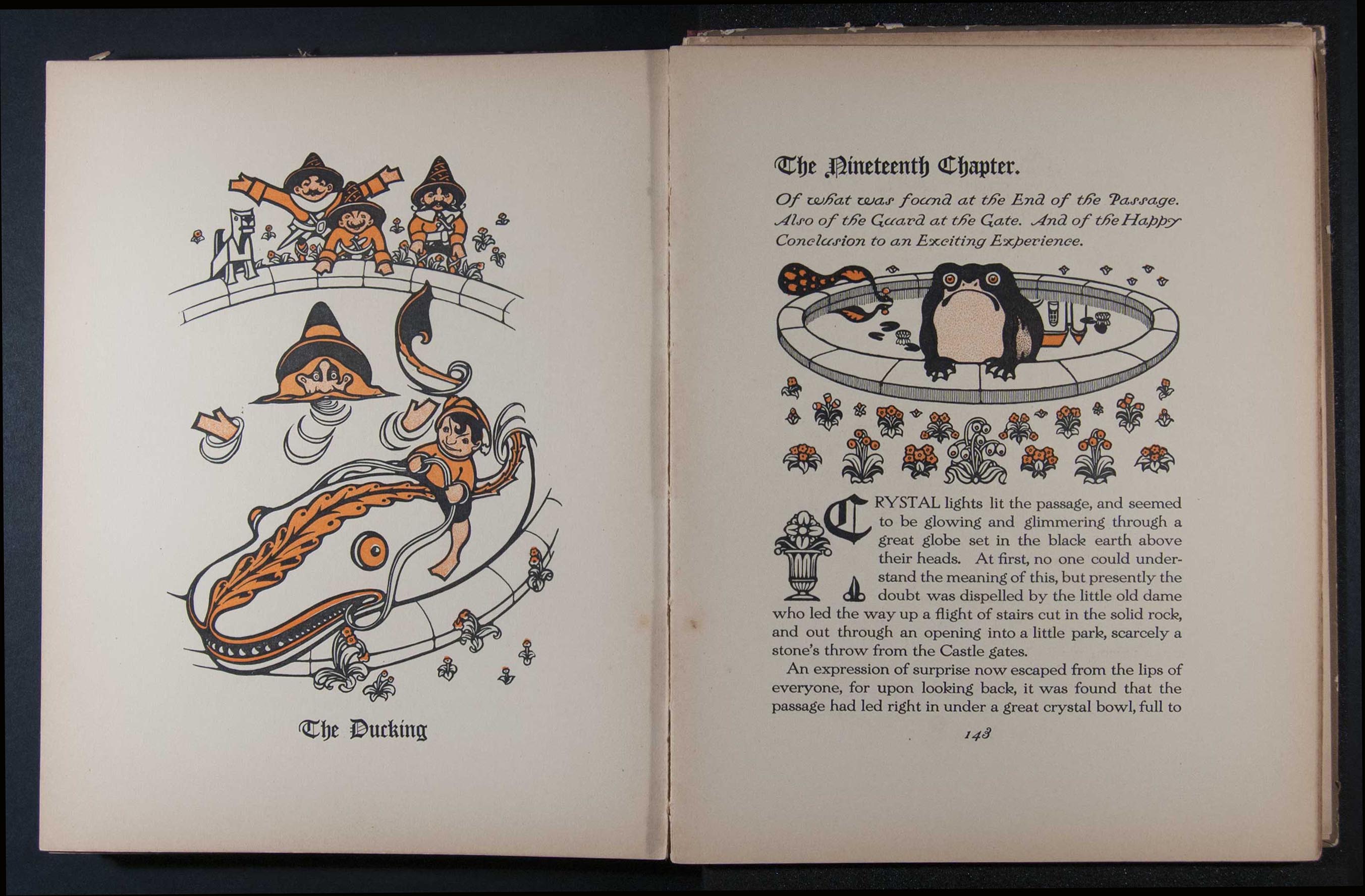 Peter Poodle was Bradley’s first foray into writing books for children. He later recalled that, after submitting the manuscript to Dodd, Mead & Company, he was told that he would hear back from the publisher the following morning. Bradley wrote that the next day “I was up before six and walking down Fifth Avenue as far as Washington Square – mentally rewriting the story because I was sure that it not only would be refused but should be.” Instead, Bradley was pleasantly surprised: the publisher accepted the book that morning, and presented him with a $1000 advance royalty check. Bradley designed the resulting book in its entirety, even casting a new typeface, “Bradley Italic,” which would later be sold through the American Type Founders. Although Dodd, Mead prepared an extensive advertising campaign for Peter Poodle, the book’s sales were poor and it went out of print without making much of an impact. The copy on display was a 1907 Christmas gift, as is noted in an inscription in the book. 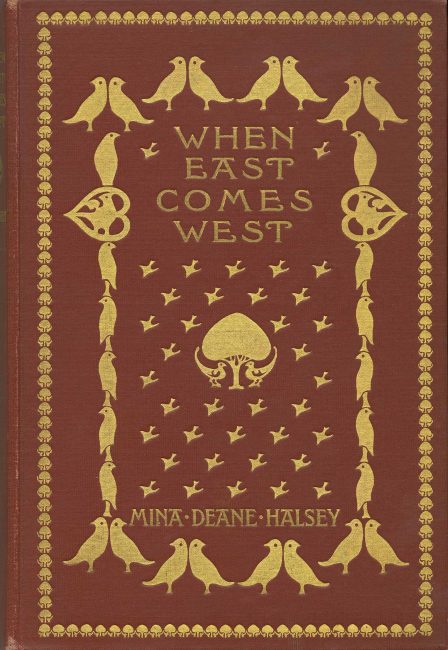 When East Comes West is one of several satirical novels that the author wrote about travels to California. The cover utilizes Bradley’s designs, some of which had previously appeared as printed illustrations in Peter Poodle. The designs were marketed and sold by American Type Founders. Consequently, it is unclear whether Bradley designed the binding, or if another, unknown, artist did so using Bradley’s designs.