Previous
Online Exhibitions   »   Will H. Bradley, an American Artist: Selections from the Gordon A. Pfeiffer Collection   »   Career and published work (4)

First published in 1899, this edition of the Rubáiyát contained a new translation by Richard Le Gallienne. Le Gallienne’s translation received mixed reviews, with most critics favoring the earlier translations of Edward Fitzgerald. Nonetheless, the book sold well enough for it to be reprinted several times between 1899 and 1919. The cover for this edition was designed by Bradley. 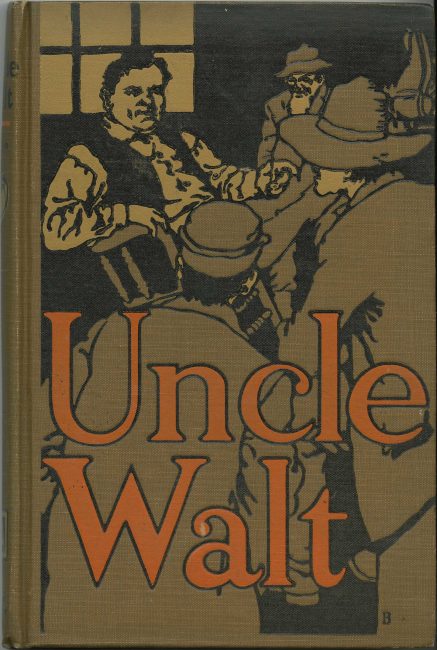 Uncle Walt is a collection of Walt Mason’s “prose rhymes,” which were syndicated in approximately 200 American newspapers, with a circulation of nearly five million, as claimed in the book’s introduction. The introduction to the book praised Mason as a “voice of the people,” claiming that Mason “says what the average man is thinking so the average man can understand it.” His pieces presented humorous takes on such varied topics the value of school teachers, home life, and the execution of Charles I. At the time of the book’s publication, Walt Mason was employed as an editorial writer and telegraph editor for the Emporia Gazette in Kansas. Bradley was commissioned to design the book’s cover, which is notable for being much more realistic than was typical of Bradley’s style at the time. 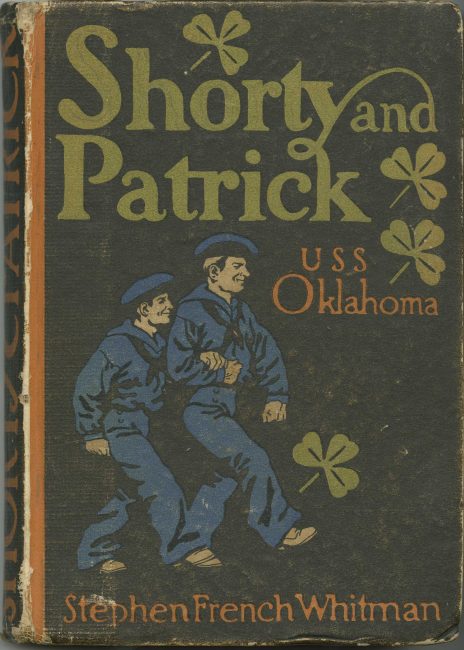 Bradley designed the cover for Shorty & Patrick, a collection of six humorous short stories about life in the Navy. The stories are set on board the U.S.S. Oklahoma, which was a fictional ship name at the time that Whitman was writing his stories. The real-life U.S.S. Oklahoma was built between 1912 and 1914 and commissioned in 1916. Subsequent editions of Shorty & Patrick were re-titled The Happy-Ship and included a foreword in which Whitman explained that he had never intended “the remotest allusion to the nations’ new battleship or to anyone connected with her.” (The real Oklahoma was sunk in the Japanese attack on Pearl Harbor, resulting in the loss of 429 lives.) 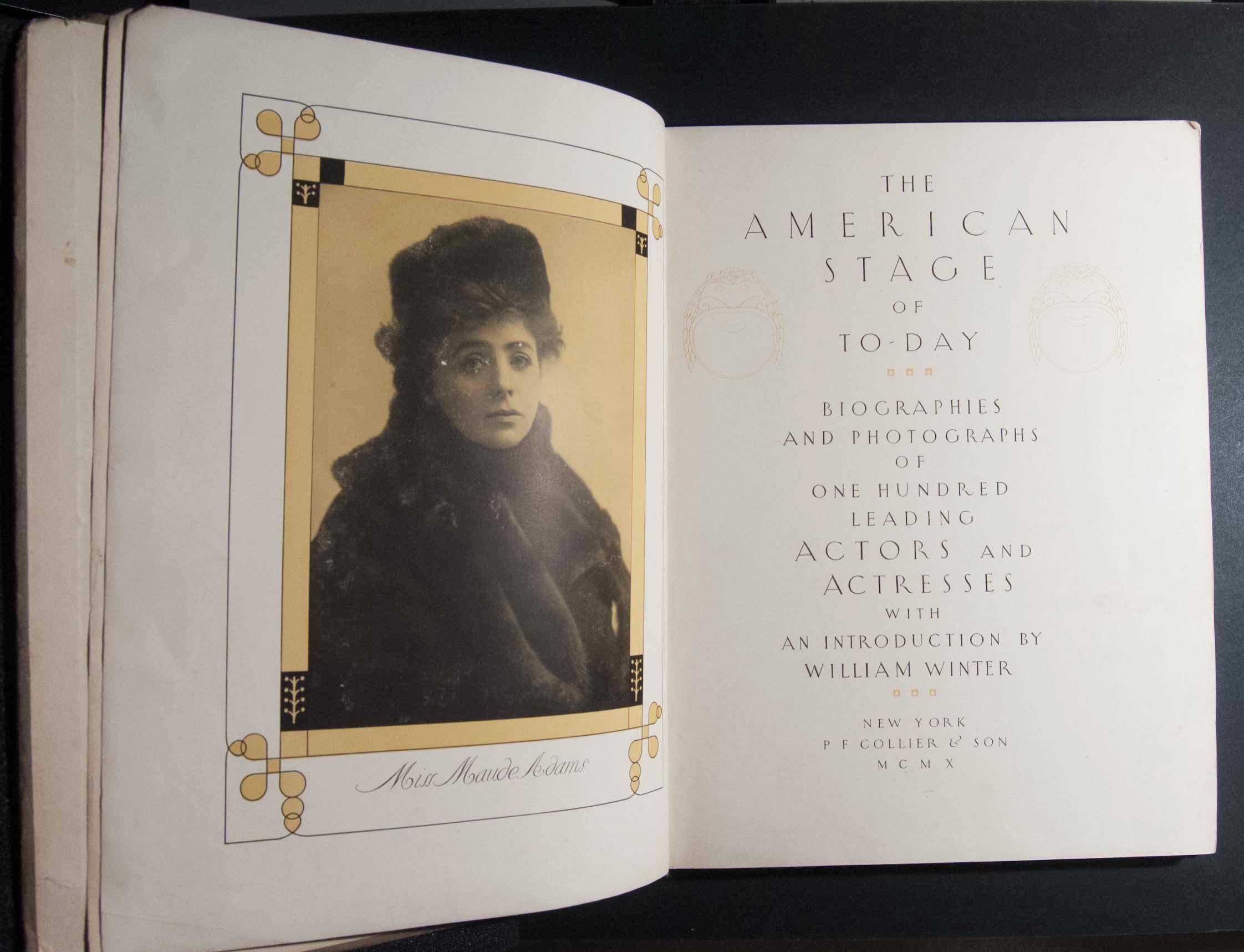 The American Stage of To-Day presents brief biographies and photographic portraits of one hundred of the major theatrical actors of the day. It includes an introduction on the history of the American theater written by William Winter, a sculptor who had previously led the interior decorating department of Tiffany Studios. The binding, decorative initials, borders, and printed ornaments were all designed by Bradley. (The mask ornament, seen on the cover and the title page, was reused by Bradley for the title page of Uncle Walt, also published in 1910.) The frontispiece of the book shows a photograph of Maude Adams, who, at the time, was one of the most popular actresses in America, as well as one of the highest paid performers in the country. She was particularly known for her portrayal of Peter Pan and was the first actress to perform the role on Broadway. 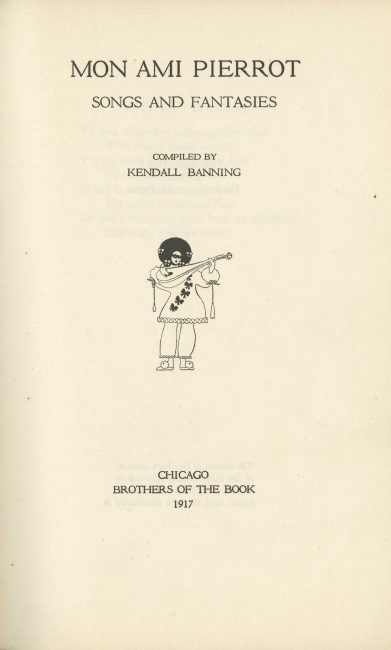 Shortly before accepting a position at William Randolph Hearst’s motion-pictures studios, Bradley contributed the title page illustration and design to Mon Ami Pierrot, a compilation of poems, songs, and stories about Pierrot, a popular clown character from Italian commedie dell’arte and French pantomime. The book included contributions by Paul Verlaine and Austin Dobson, among others. The Pierrot character and this book may also have served as an inspiration for Bradley’s three-act short silent film, Moongold: A Pierrot Pantomime (1921). 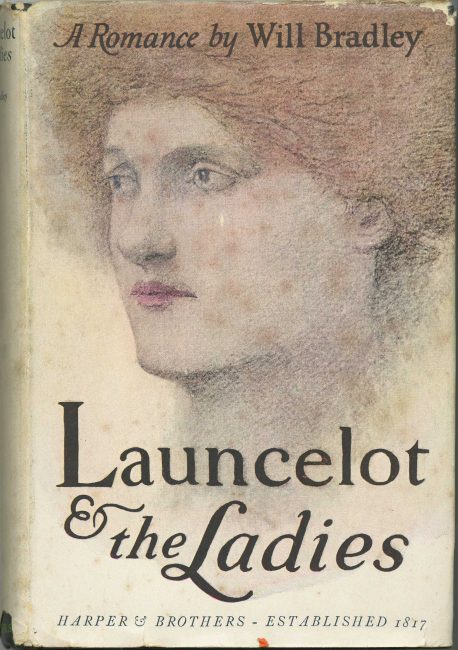 In 1903, Bradley wrote an Arthurian short story, “The Shards of the Silver Sword,” which went unpublished after Century Magazine rejected it on the grounds that its language was too archaic. Years later, Bradley worked the story into his novel, Launcelot & the Ladies. The novel tells the tale of a young American man, David, who is obsessed with dreams of the Arthurian myths and whose modern day romances parallel those of Launcelot and Elaine. In addition to writing the novel, Bradley designed the book’s binding, lettering, title pages, and layout. A contemporary reviewer for the Boston Transcript wrote that it was “a delightful story,” but found it “hard to believe that David’s friends would have been so sympathetic with his adventuring and not clapped him into an asylum.” The book did not sell well; in later years, Bradley described it as a novel that was “destined […] not to become a best seller.”

Previous
Online Exhibitions   »   Will H. Bradley, an American Artist: Selections from the Gordon A. Pfeiffer Collection   »   Career and published work (4)