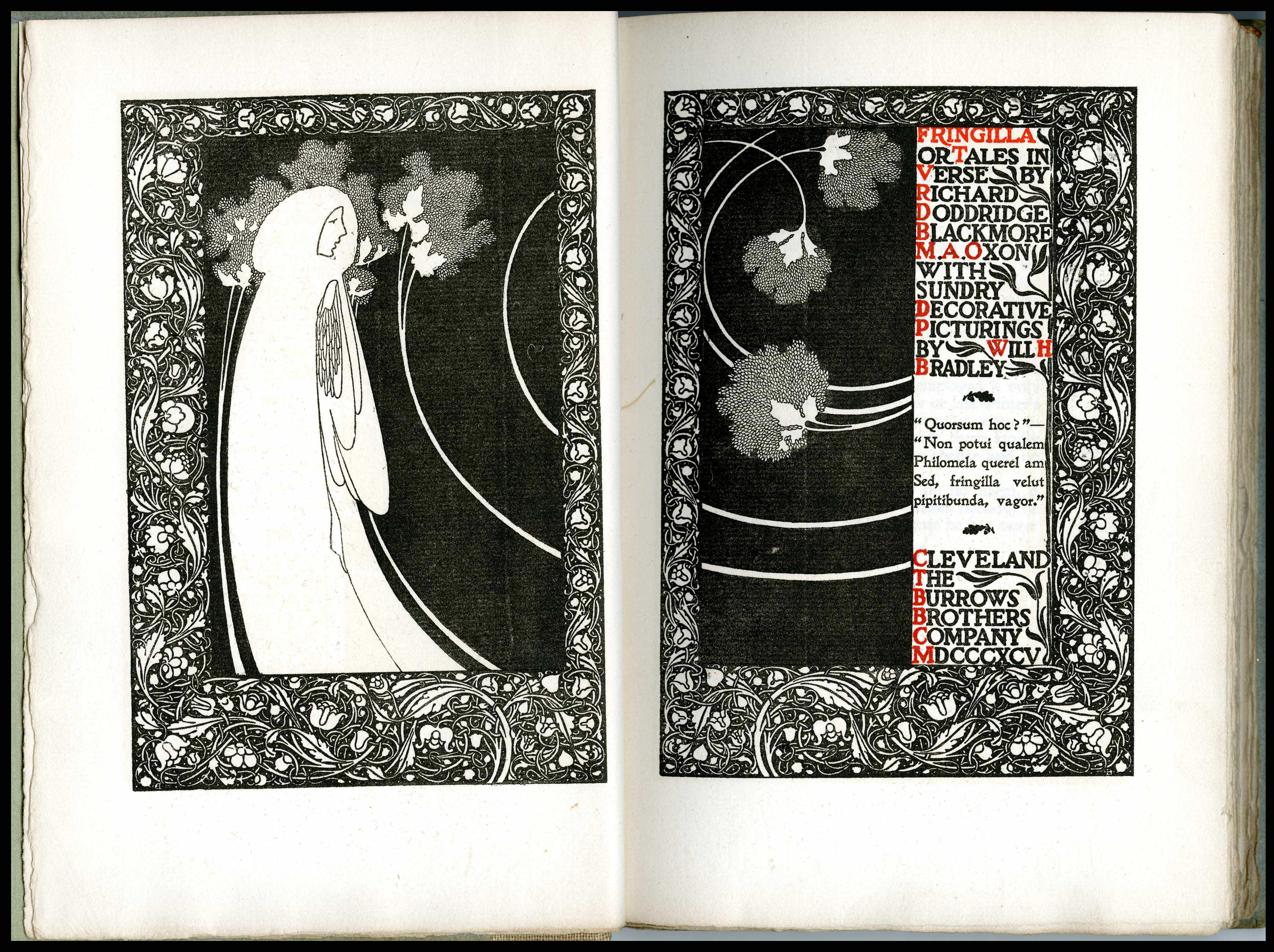 Fringilla, a collection of verse by the English novelist R. D. Blackmore, was printed in America in a limited edition of 630 copies. Bradley designed the cover, title page, ornaments, and illustrations. He selected the typeface, arranged the page layouts, and supervised production from start to finish. The Book Buyer praised the volume as Bradley’s “most complete and perfect production” to date. Blackmore, though, was less impressed and found himself at odds with both of his publishers throughout the entire production. In one letter, Blackmore referred to Fringilla as “that miserable book, the most absurd and hideous thing ever seen.” He disliked Bradley’s style as a whole, and issued venomous complaints about all aspects of Bradley’s art. Blackmore was also disappointed that his book was taking a form that seemed, to his mind, primarily intended to please collectors. And he also noted textual faults in the American edition: Bradley’s text arrangements had transformed his verse into prose, thereby destroying the rhythm of what had once been carefully chosen stanza forms. When the publisher requested that he sign fifty copies, Blackmore flat-out refused, “lest it should appear I am an accomplice in the two barbarities of putting slate-scrawls for pictures, and printing verse as prose.” 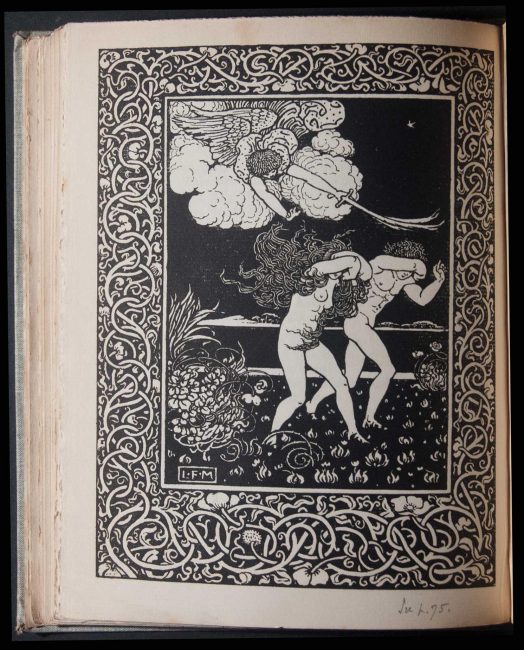 The English edition of Fringilla, published simultaneously with the American edition, was illustrated and designed by Louis Fairfax Muckley. Comparing the two shows some of the differences in styles employed for the American and English markets. Blackmore hated this version as well. As with Bradley’s work, Blackmore disliked Muckley’s artistic style, and apparently would have preferred a more realistic design. The English version did, though, retain Blackmore’s verse structure.

The prospectus for Fringilla includes a reproduction of a poster that Bradley designed to accompany the book’s release.