Previous
Online Exhibitions   »   Will H. Bradley, an American Artist: Selections from the Gordon A. Pfeiffer Collection   »   The Inland Printer 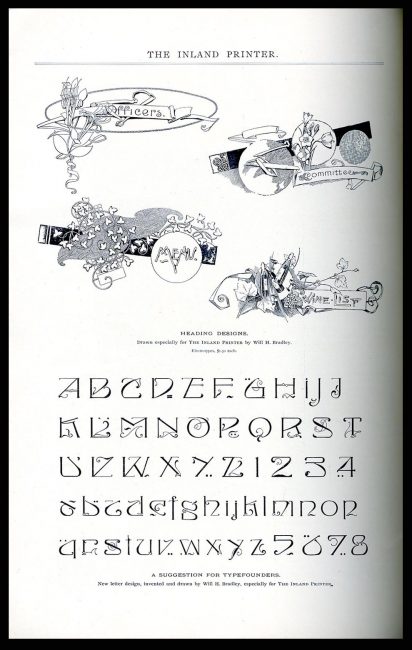 The Inland Printer first appeared in Chicago during October 1883. Serving as a trade journal for the printing industry of the Midwest, it continued publishing until 2011. Will Bradley was one of the artists most closely associated with the magazine. The September 1892 issue on display here includes exclusive heading designs, available for sale from the publication as electrotypes for $1.50 each. It also has Bradley’s “Suggestion for Typefounders,” his first typeface design. Bradley’s early work for the magazine helped to enhance his reputation and earn him additional jobs. 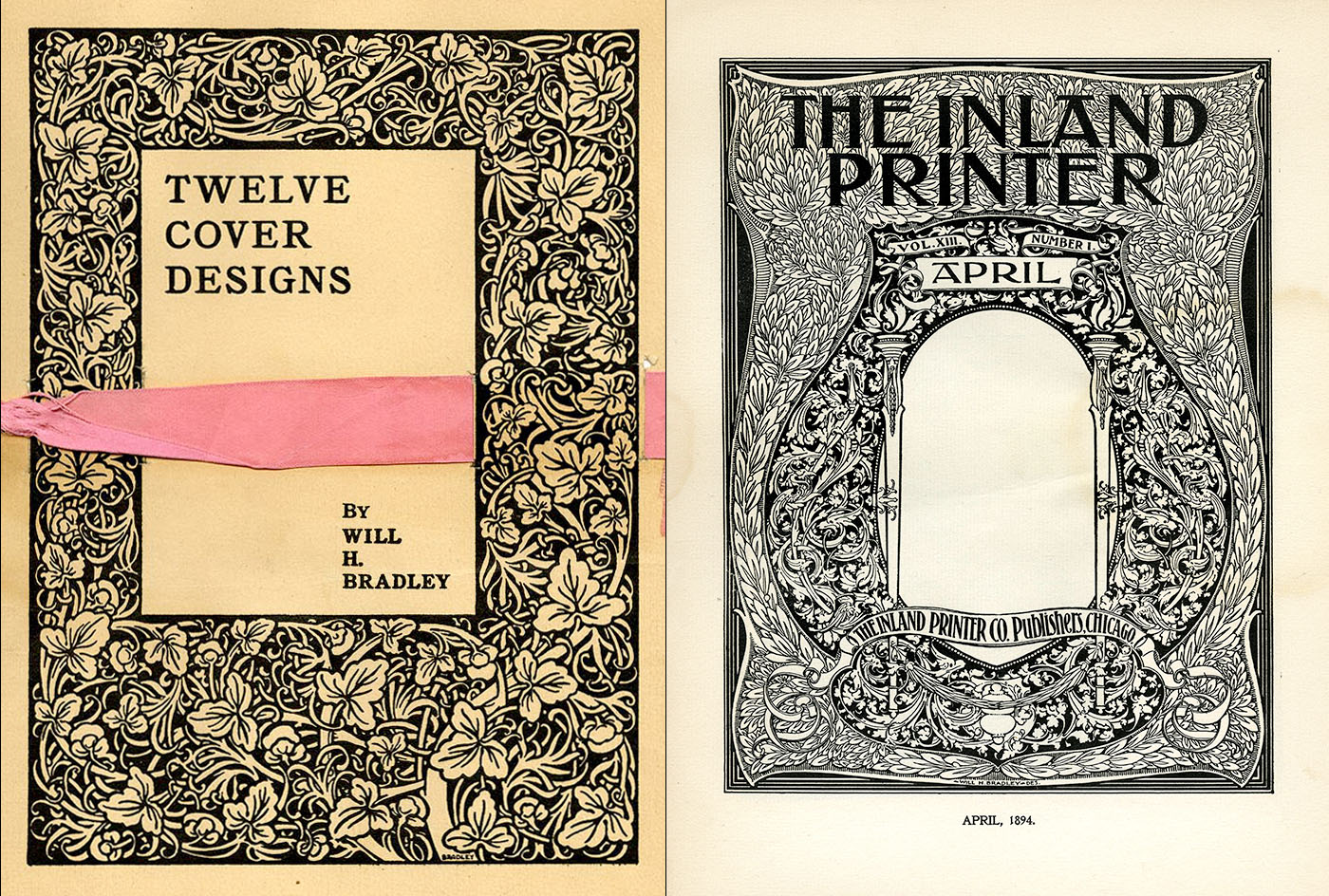 The Inland Printer holds the distinction of being one of the first monthly magazines to have a new cover designed for every issue. Bradley was to have created a permanent cover design in 1894, but convinced the publisher to try this approach instead. His initial series of twelve covers was a great success and brought him international recognition. Bradley’s Wayside Press released a collectors’ portfolio of the covers in 1896. 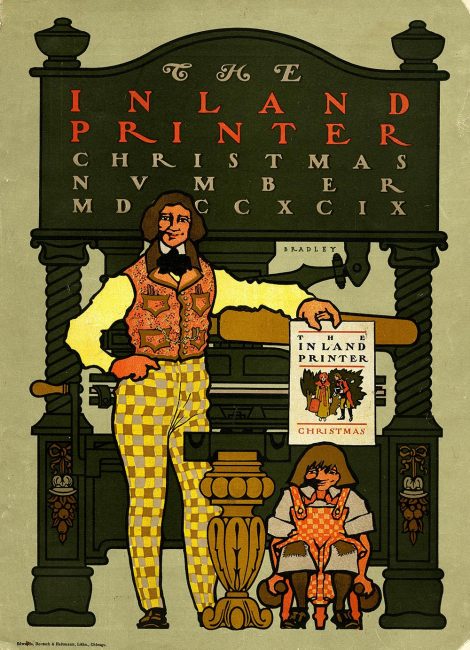 In the same April 1894 issue in which Bradley’s run of original covers began, his advertisement for The Pentateuch of Printing appeared. This is one of his first works to show the influence of illustrator Aubrey Beardsley in the use of black ink and sweeping lines. Bradley contributed to The Inland Printer for so long, as early as June 1891 until 1906, that his original illustrations and advertising work for the magazine document the evolution of his artistic style. The Christmas 1899 cover on display in this exhibit is typical of his later period.

Previous
Online Exhibitions   »   Will H. Bradley, an American Artist: Selections from the Gordon A. Pfeiffer Collection   »   The Inland Printer