Previous
Online Exhibitions   »   Will H. Bradley, an American Artist: Selections from the Gordon A. Pfeiffer Collection   »   Early career and work 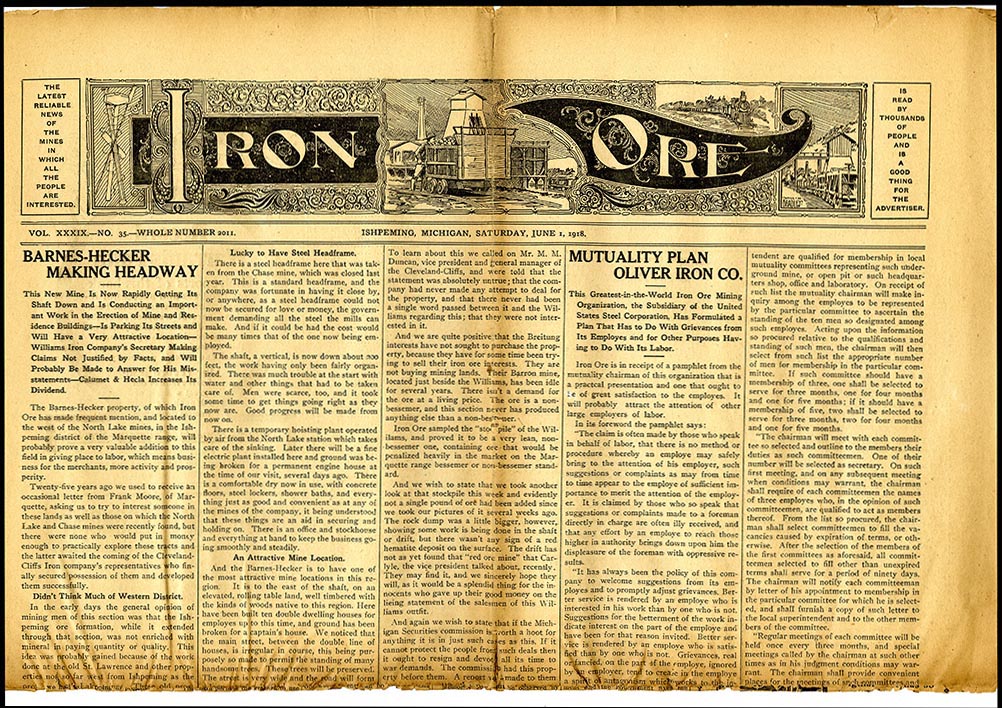 At age 14, Will Bradley dropped out of school and began to work at the local Ishpeming, Michigan, newspaper The Iron Agitator, later called Iron Ore. He learned about the printing trade on the job and began to take on freelance advertising design work. Despite a failed attempt to relocate to Chicago to pursue art school and other work opportunities in 1885, Bradley was able to make a permanent move there in 1886. After several years of working for others, Bradley became a freelance artist in 1889. One of his early clients was Frank Leslie’s Illustrated Newspaper. These illustrations of buildings in Colorado and Illinois towns were similar to work he had completed for Iron Ore. Bradley’s contributions to Iron Ore persisted for many years; the 1918 issue displayed here has a masthead designed by Bradley in 1886.

In addition to the cover, Bradley designed nine decorative initial letters and five tailpieces for the issue. This rare publication is number 156 out of 300 copies printed for members of the Contributors' Club.

Previous
Online Exhibitions   »   Will H. Bradley, an American Artist: Selections from the Gordon A. Pfeiffer Collection   »   Early career and work