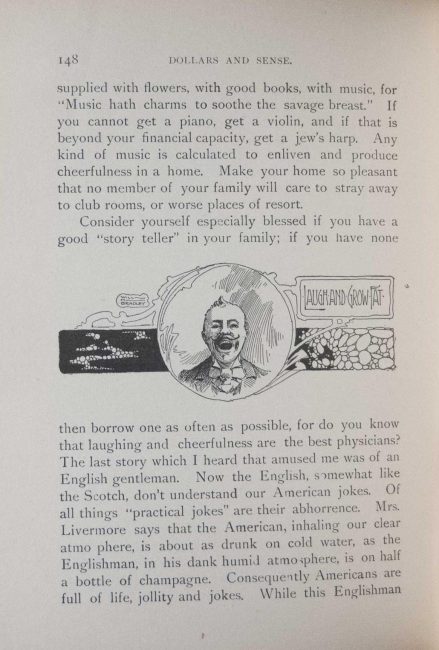 Bradley received his first book project while living in Chicago, courtesy of his friend, W. W. Denslow, a professional artist who is now best known for illustrating L. Frank Baum’s Wonderful Wizard of Oz (1900). Denslow had been commissioned to illustrate Dollars and Sense, a self-help guide by the American showman P. T. Barnum. Denslow had already completed sixty-two of the book’s illustrations, but was about to leave Chicago for the West, so he arranged for Bradley to finish the project with eight illustrations of his own. Although only Denslow received credit on the book’s title page, all of Bradley’s illustrations were printed with his signature attached. In addition to being Bradley’s first published book work, Dollars and Sense also contains Bradley’s first published illustrations of the human figure.

This copy of Dollars and Sense is a sample copy (also known as a dummy copy), a partial mockup of the book that was used by travelling salesmen to give prospective customers an idea of what the finished book would look like. One of Bradley’s eight illustrations was included in the sample copy version of the book. One of Denslow’s illustrations is shown here to demonstrate the difference between his and Bradley’s styles. 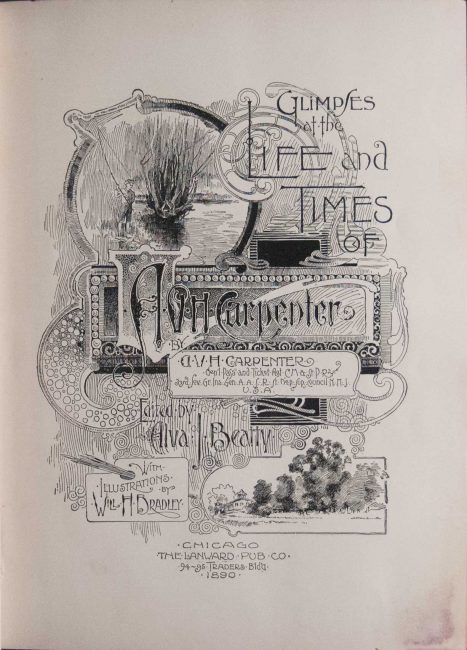 Glimpses at the Life and Times of A. V. H. Carpenter was Bradley’s second book commission, as well as the first book that credited Bradley’s work by name on the title page. Bradley produced illustrations and chapter headings for the book, which presents the autobiography of A. V. H. Carpenter, a railroad executive who worked for the Chicago, Milwaukee & St. Paul Railway.