Previous
Online Exhibitions   »   Will H. Bradley, an American Artist: Selections from the Gordon A. Pfeiffer Collection   »   Plates and Spoons

The Royal Doulton Company produced several pieces based on Will Bradley’s illustrations during the early 20th century. The majority of these pieces, which comprised two series of plates, as well as vases and jugs, were based on artwork from Bradley’s play “Beauty and the Beast,” found in the August 1896 issue of Bradley: His Book. It is unclear if Royal Doulton had Bradley’s consent or compensated him in any way for the use of his designs.

“Proverbs: Happy is the wooing that’s not long in the doing. Marry in haste repent at leisure.” D3391 series plate from Royal Doulton, circa 1911-1928. 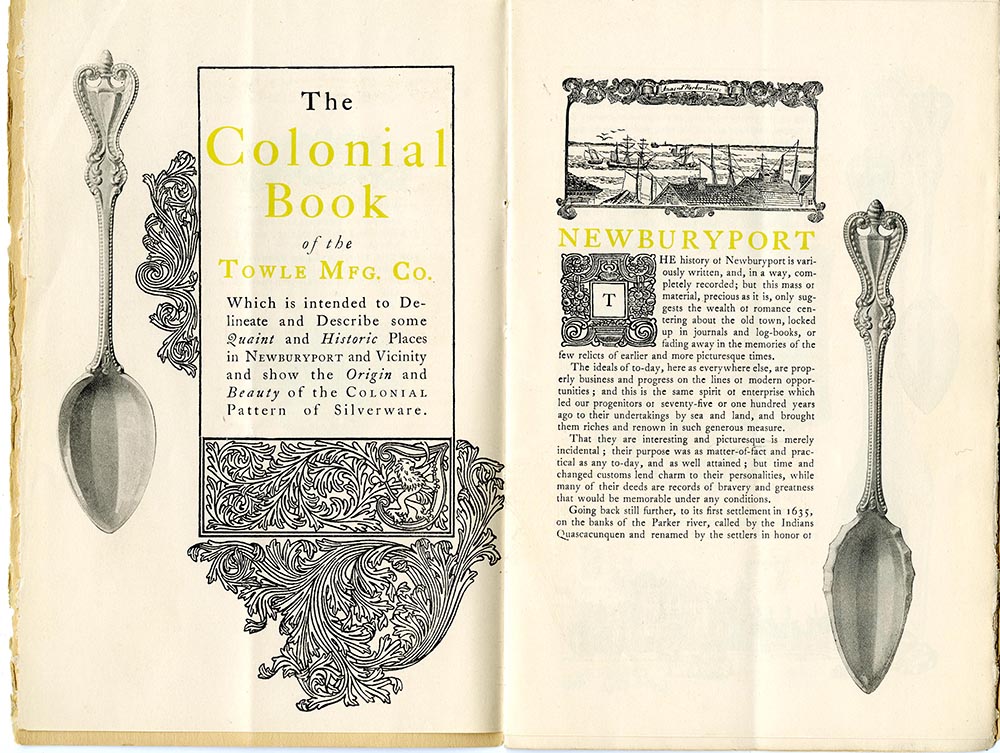 Towle Mfg. Company. The Colonial Book Of The Towle Manufacturing Company: Which Is Intended To Delineate And Describe Some Quaint And Historic Places In Newburyport And Vicinity And Show The Origin And Beauty Of The Colonial Pattern Of Silverware. Springfield, Mass.: The Wayside Press, circa 1898.
View Metadata

In 1897, Will Bradley designed and printed The Colonial Book for the Towle Manufacturing Company at his Wayside Press. It featured both a showcase of the silver company’s Colonial pattern and an illustrated guide to the company’s home, Newburyport, Massachusetts. The popular publication was reprinted several additional times by Wayside’s successor, The University Press. The pattern displayed here, Georgian, was inspired by Bradley’s oft-used flower basket motifs. Bradley did not produce the book for the Georgian pattern, but it is considered the second in the series that began with his tribute to the Colonial. 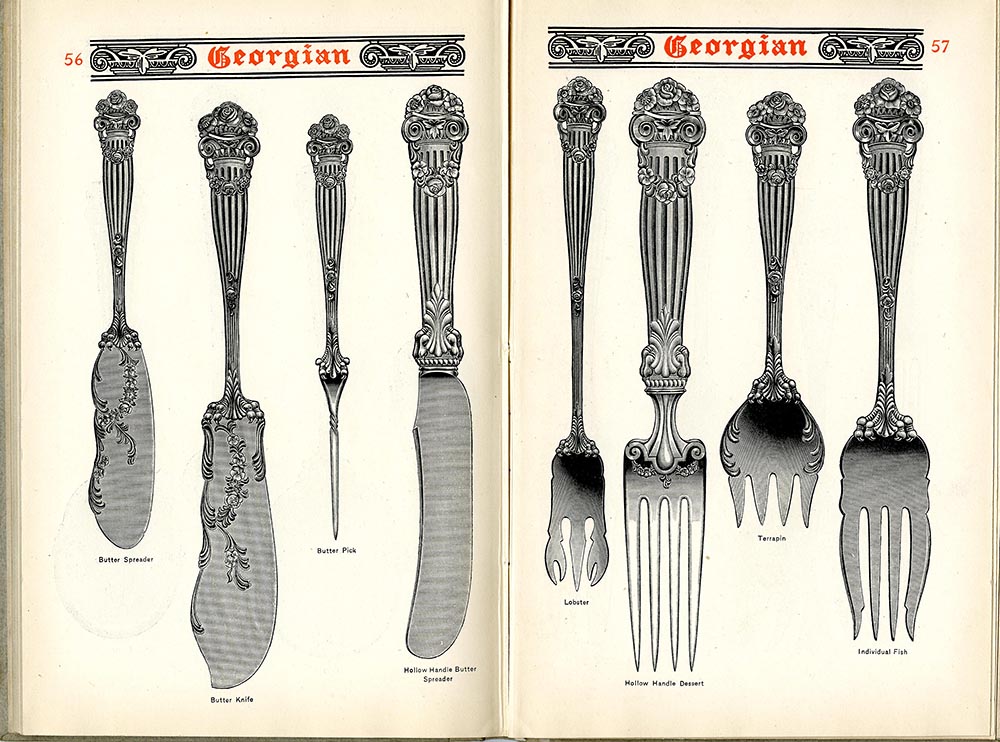 Towle Mfg. Company. Georgian: a pattern of spoons, forks and all other pieces of table flat ware is partly shown in this book, in which is also given an account of the chief events of the war of the revolution and the acts of oppression which preceded and provoked it ... Boston, Mass.: Printed by C.H. Heintzemann, 1899.
View Metadata

Two spoons and a knife in the Georgian pattern from Towle Mfg. Company, circa 1898.

Previous
Online Exhibitions   »   Will H. Bradley, an American Artist: Selections from the Gordon A. Pfeiffer Collection   »   Plates and Spoons