Will Bradley produced his first work for Collier’s Weekly in 1900. Over the following seven years, he contributed numerous covers and the illustrated multi-part story “Castle Perilous.” Bradley’s early art for Collier’s shows a shift to a more whimsical style that would continue to emerge in his American Chap-Book work and illustrations for children’s publications. Bradley was also hired to overhaul the layout of the magazine for the September 7, 1907, issue. His work was so well regarded by the magazine’s publisher, Robert Collier, that he was offered the role of Art Director, a position he retained for three years. The “Thanksgiving Number” on display in this exhibit is Bradley’s second issue with control over the layout. It also features a cover that complements his festive interior design elements. 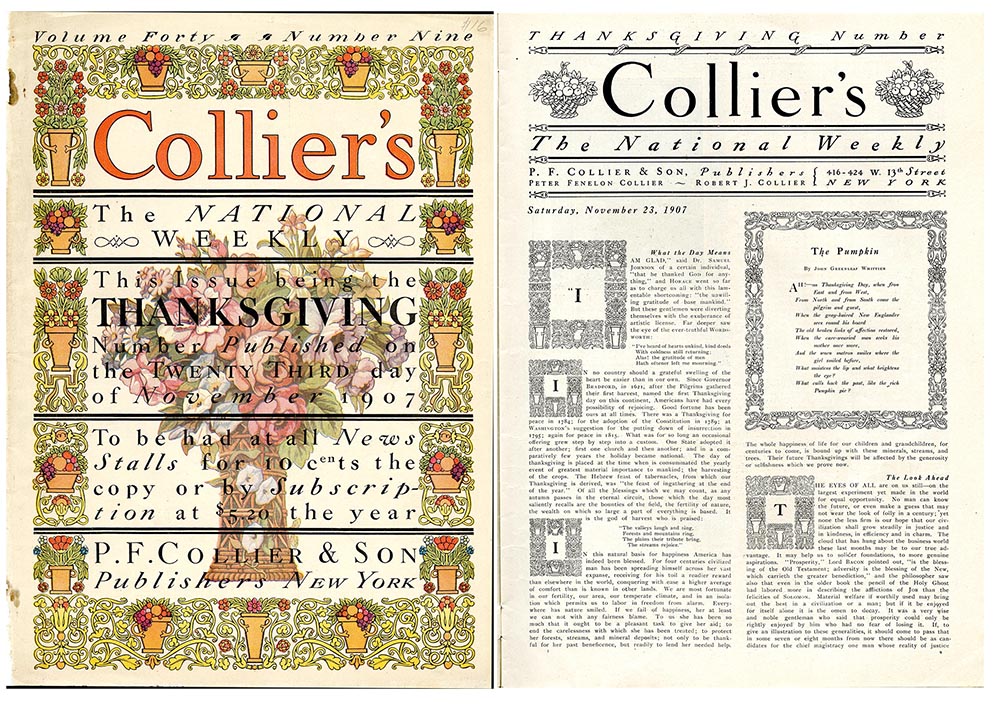